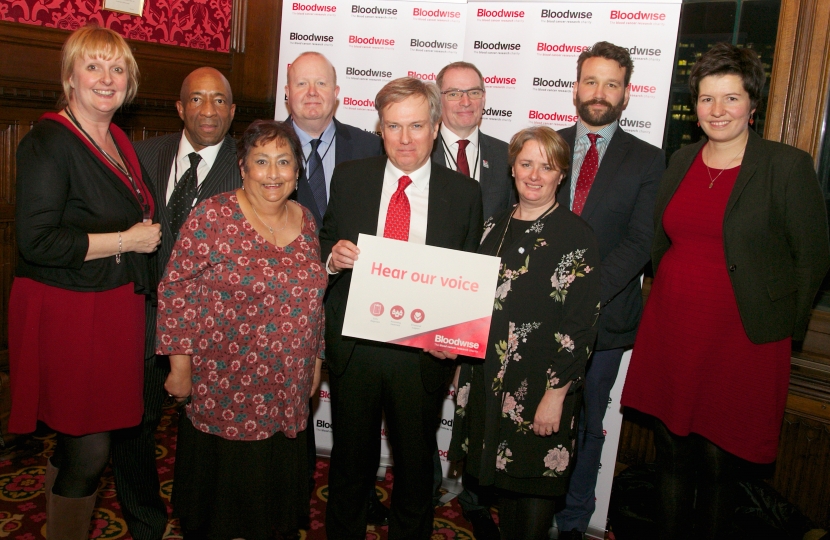 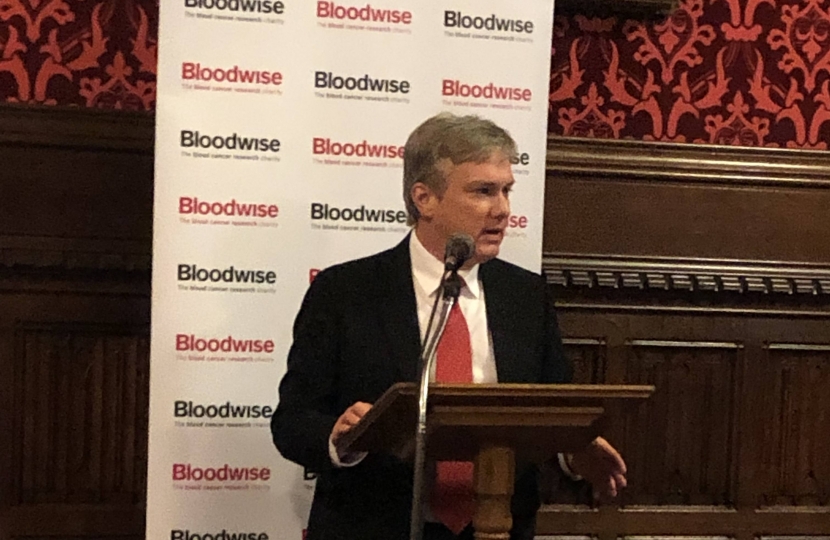 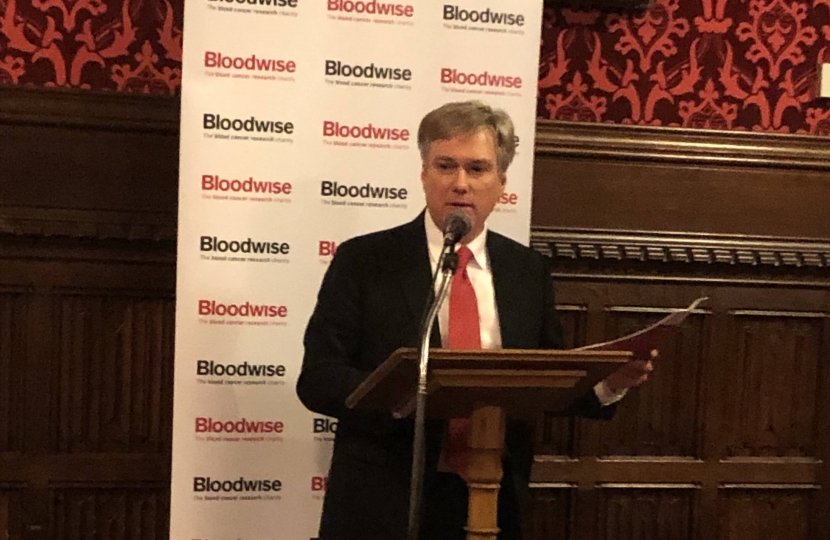 Crawley MP and Chair of the All-Party Parliamentary Group on Blood Cancer Henry Smith has backed a report by the charity Bloodwise that calls for improvements to the treatment and care of people with blood cancer. He hosted the launch of the ‘Hear Our Voice’ report (Tuesday, 8th January) in the House of Commons.

“One in 19 people will be affected by a blood cancer in their lifetime, so it’s vital that these cancers are not left behind in the Government’s long-term plans. It was really interesting to hear the views of people affected by blood cancers on how care can be improved.

“In November I led a House of Commons debate urging the Government to ensure the clinical and psychological needs of blood cancer patients are reflected in policy.

“The conversations I’ve had with patients with blood cancer in Crawley – as well as local residents who don’t have the condition but want to see treatments improved – are very much in my mind.”

The report tells the stories of people across Britain who have been affected by blood cancers, which include leukaemia, lymphoma and myeloma. Henry met some of the Bloodwise ambassadors who were featured in the report at the event.

Blood cancer is the fifth most common cancer and the third biggest cause of cancer death, killing more people each year in the UK than either breast or prostate cancer. Henry heard from patients and relatives featured in the report about their experiences of care on the NHS.

Over a third of people with a blood cancer need to visit their GP three or more times with symptoms before being referred to hospital; more than for any other type of cancer.

Starting treatment earlier can significantly improve survival for some types of blood cancer. The new report calls on NHS England to work with others to ensure that GPs know the signs and symptoms of blood cancer and can refer patients promptly to the right specialists.

The report also highlights the need for psychological support for blood cancer patients as part of their care. Currently very few are offered support with what can be a very traumatic experience. It also calls for more people with blood cancer to be given the option to participate in clinical trials.

On Monday (7th January), following publication of the NHS Long-Term Plan, the Crawley MP questioned the Health & Social Care Secretary, Rt Hon Matt Hancock MP, in the House of Commons, calling for continued working with charities such as Bloodwise to deliver greater outcomes for patients.

“We are delighted that Henry Smith MP is supporting this report, which tells the wider story of how people affected by blood cancer are being cared on the NHS across the UK.

“There are many positive experiences and the quality of treatment is usually high, but too many feel that their overall care could have been better.”

Bloodwise provide secretariat support to the APPG on Blood Cancer, which the Crawley MP has chaired since its formation in June 2016.