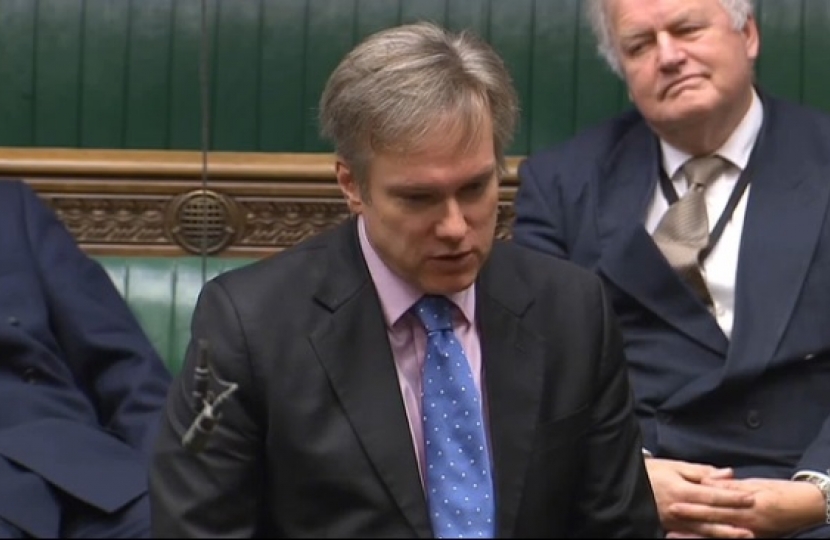 In response to the Government’s decision against the right of return for the Chagossian people to the British Indian Ocean Territory, Henry Smith MP condemned the decision and has sought clarification on compensation measures announced by the Foreign & Commonwealth Office.

Henry, who is also a Vice Chair of the Chagos All-Party Parliamentary Group, said;

“I was extremely disappointed that the Foreign Office has chosen not to allow the Chagossian people the right of return to their homeland.

“As Vice Chair of the Chagos APPG, and as the MP for the area with the largest Chagossian population in the UK I am saddened by this decision.

“I’ve never met a member of the Chagossian community who doesn’t want the chance to go back to the islands.

“Soon after the announcement was made last Wednesday I tabled a question seeking clarification on the £40 million of compensation which the FCO have confirmed. I also raised this matter in the House of Commons the following day – while I’m grateful for the Minister’s response there are still many questions to be answered, and I’ll continue to press the Foreign Secretary and his ministerial team.”

Henry Smith, Member of Parliament for Crawley, asked the Minister of State for Europe & the Americas at the Foreign & Commonwealth Office:

“It has been my privilege, since 2010, to represent one of the largest communities of the Chagos Islands anywhere in the world—it is certainly larger than that on the Chagos Islands. I have pursued this issue since before being elected to this place and it has been my honour to do so. I believe that the Chagos islanders have a right of return, and I am very disappointed with yesterday’s statement by the Foreign and Commonwealth Office.

“I note that a compensation package of £40 million over 10 years has been proposed. Can the Minister say a little bit more about how that will be spent in local communities such as mine in Crawley? And rather than just regretting the forced eviction of Chagos islanders from their homeland, will the British Government now apologise?”

The Minister of State for Europe & the Americas at the Foreign & Commonwealth Office, Rt Hon Sir Alan Duncan MP, responded:

“Yes, I am very prepared to—and do—apologise. That is why compensation has been paid, and the matter has been recognised by the courts. My hon. Friend, who has a large Chagossian population in his Crawley constituency, has taken a keen and proper interest in this issue ever since he was elected. That must be respected, as must his views and opinions.

“He has touched on something that is very important, which is that, in looking forward, the Government intend to allocate £40 million, shared between the Department for International Development and the Foreign Office, to address the needs of Chagossians wherever they are—whether in Mauritius, the Seychelles or the United Kingdom.

“In respect of how that will be paid, some of it will qualify as official development assistance—the DFID element—and the rest will do lots of other things in conjunction with the communities and with the Governments in the countries in which they reside. I very much hope that this £40 million over 10 years will be well spent and particularly address the needs of those older Chagossians, who might have been displaced in the ’60s and ’70s, but who are still alive and who are perhaps the ones in greatest need.”