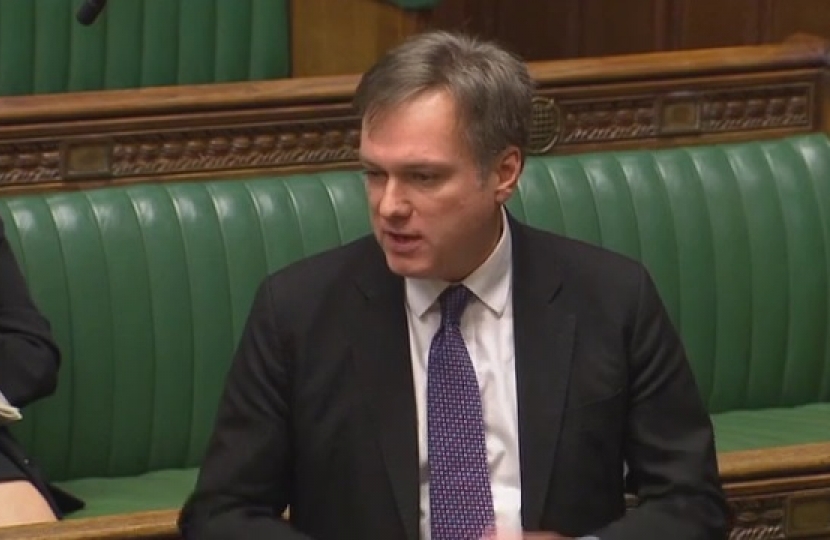 “It’s appalling that Southern’s new ticket machines at stations like Three Bridges are all too often not working; causing queues, missed trains and frustration to passengers.

“Indeed I’ve been stuck waiting myself on the daily commute from Crawley to London all too often.

“Whilst GTR (Govia Thameslink Railway) have confirmed to me that engineers have carried out modifications on each machine at Three Bridges Station and additional training for staff has taken place, nevertheless this is an unacceptably poor level of service for the travelling public.

“So I welcome the Rail Minister’s assurances that he will be stepping up the pressure to ensure that these machines are fixed to ensure passengers can buy tickets as swiftly and easily as possible.”

Henry Smith, Member of Parliament for Crawley, asked the Parliamentary Under Secretary of State for Transport, Paul Maynard MP;

“What steps his Department is taking to accelerate the availability of smart ticketing on the rail network.”

The Parliamentary Under Secretary of State for Transport, Paul Maynard MP, responded;

“We are investing some £80 million through our smart ticketing on national rail programme, so that all passengers have a paperless option for their journey by the end of 2018. We are also working to facilitate a rail industry pilot of smartcards on mobile phones, as well as rolling out pay-as-you-go ticketing across the hon. Gentleman’s franchise.”

“I welcome Southern railway’s plans to introduce smart ticketing across its network. I have also put in a request for the Oyster system to extend south of Gatwick airport to Three Bridges and Crawley stations.

“However, will my hon. Friend please speak urgently with GTR, the parent company of Southern, as their new ticket machines at many stations, including Three Bridges, have been malfunctioning, causing passengers significant disruption and queues? That situation needs to be resolved.”

The Parliamentary Under Secretary of State for Transport responded;

“I am grateful for that comment. Ticket vending machines, which are meant to be among the most straightforward of equipment on our railways, seem to cause more problems than any other type of equipment.

“I understand that Govia Thameslink Railway is due to visit every ticket machine over the coming fortnight to make sure that the software is updated and that the machine functions properly, although I share my hon. Friend’s concern and will be meeting the supply chain in due course to emphasise the importance of getting this right.”