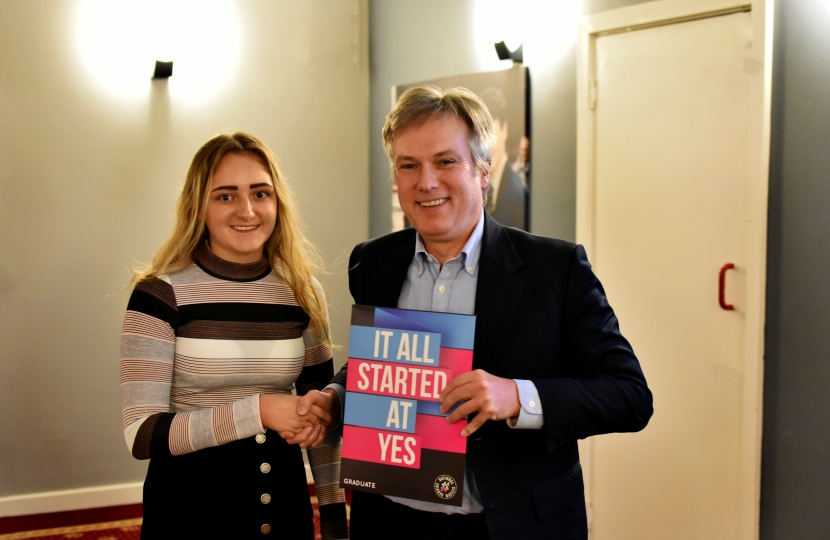 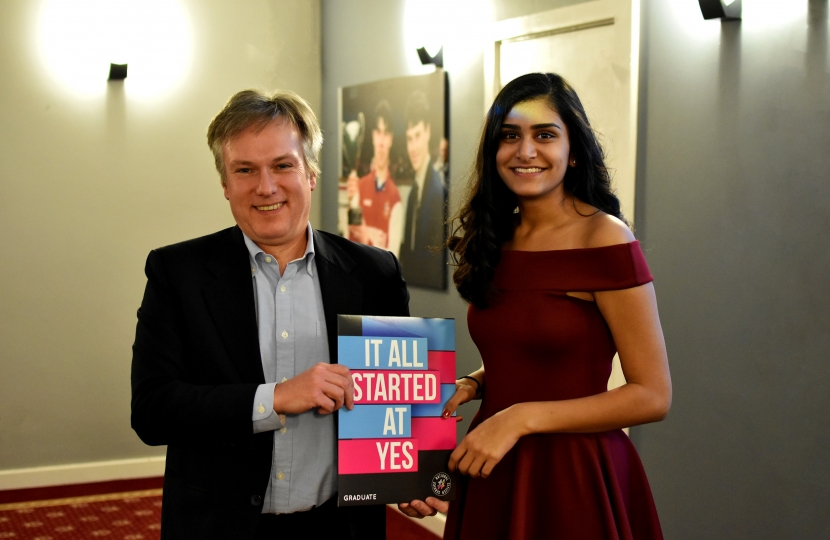 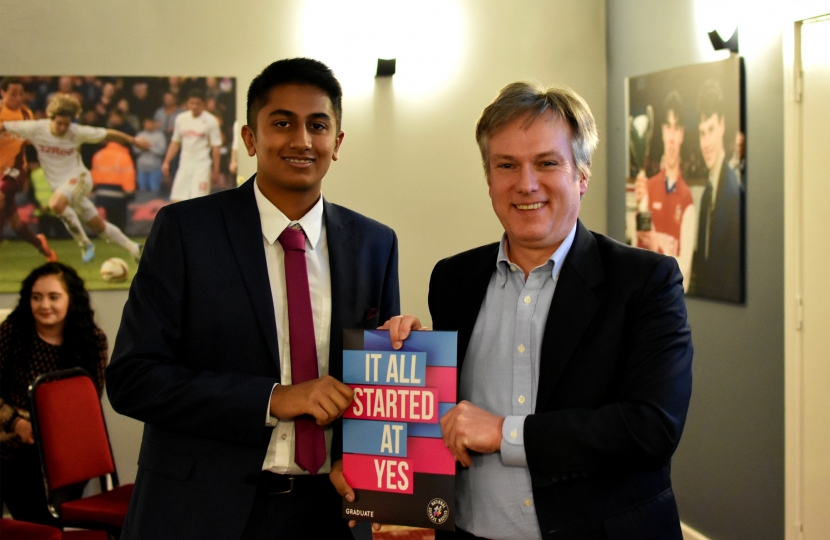 "My congratulations to all the NCS participants who are graduating.

"NCS enables young people to not only develop their own skills, including communication and leadership, but also requires them to work as a team, and have a strong work ethic to help our local community.

"As part of their social action project, participants took part in initiatives to raise money for Crawley Open House, a local cause which continues to deserve our support.

“The Government continue to support NCS and are committed to ensuring there’s a place on the programme for every young person. The scheme provides young people with chances to develop their confidence, learn new skills, and make our community a better place.

“Earlier this afternoon, Gareth Southgate, who went to Pound Hill and Hazelwick Schools, was appointed the new England manager following a spell in caretaker charge. My congratulations to Gareth as he leads our national team over the coming years. Who’s to say what the next generation of Crawley’s young people could go on to achieve?”

During the October half-term, participants split into two teams and attended activity centres in Chichester and the Isle of Wight. Upon returning to West Sussex to undertake their social action projects, both groups of young people decided to work to support Crawley Open House.

National Citizen Service is open to 15 to 17-year-olds. It is designed to encourage personal and social development through a range of activities and projects requiring leadership, teamwork and communication.

The initiative was launched by the then-Prime Minister, David Cameron, and provides opportunities for young people in Crawley and around the country. It is organised locally by the Crawley Town Community Foundation, who have a further NCS scheme planned for Summer 2017.

Taking part in NCS costs a maximum of £50, which covers food and accommodation, and bursaries are available. The Government contributes £1,500 towards each young person participating.

On 13th October the Leader of the House of Commons, Rt Hon David Lidington MP, reiterated the Government’s support for the initiative. Earlier in the month the Government had introduced the National Citizen Service Bill to Parliament, and it is currently going through the House of Lords. The Bill legislates to provide a Royal Charter for the NCS Trust, and a clear mission to make NCS accessible to all, particularly those from deprived backgrounds.

The graduation ceremony rounded off a successful month for the Crawley Town Community Foundation. On 18th November, the Crawley Old Girls (COGs) initiative was named winner of the We Can Play Participation Award at the FA Women’s Football Awards at Wembley Stadium.