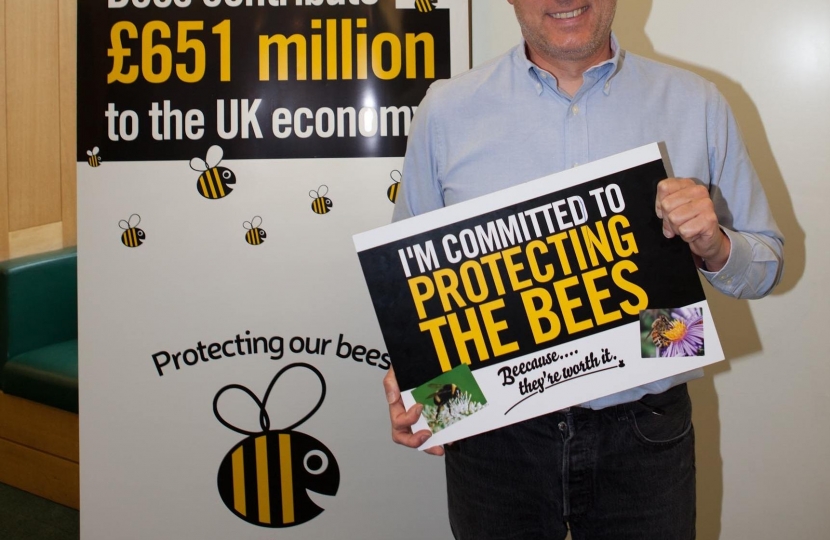 Henry Smith MP has reaffirmed his support for a campaign organised by Friends of the Earth, opposing the lifting of a ban on bee-harming pesticides.

“I’m pleased to continue working with Friends of the Earth to oppose the lifting of the ban on bee-harming pesticides.

“This was one of a number of issues I raised with the Environment Secretary, Liz Truss, on her recent visit to Crawley. As a member of the new All-Party Parliamentary Group for Bees I will continue to campaign on this issue.”

At the event in Parliament on Monday, 9th May, Henry and other MPs heard new evidence from scientists and from a Lincolnshire farmer who had stopped using these pesticides before the ban.

Neonicotinoids have been restricted across Europe since 2013 due to mounting evidence that they pose a risk to bees. Bees are responsible for pollinating two thirds of the food we eat. The National Farmers Union has applied to the government to lift the ban in some parts of the country. Ministers are currently considering their application.