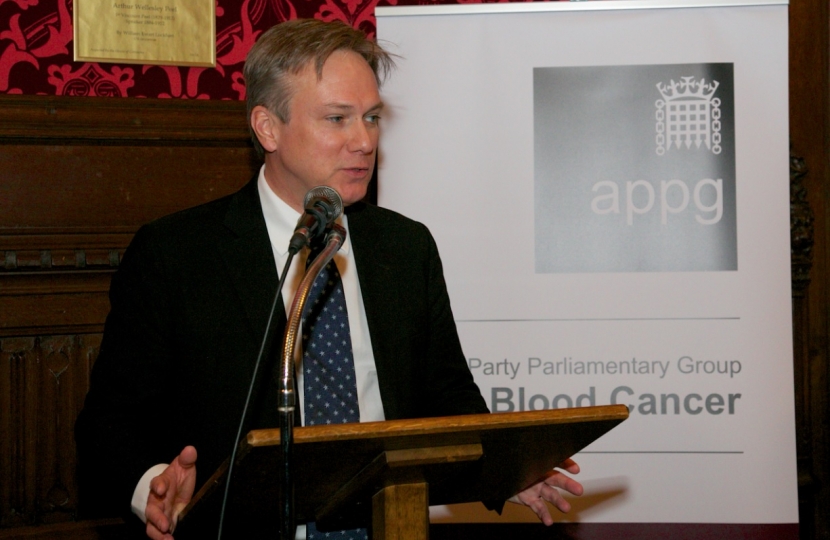 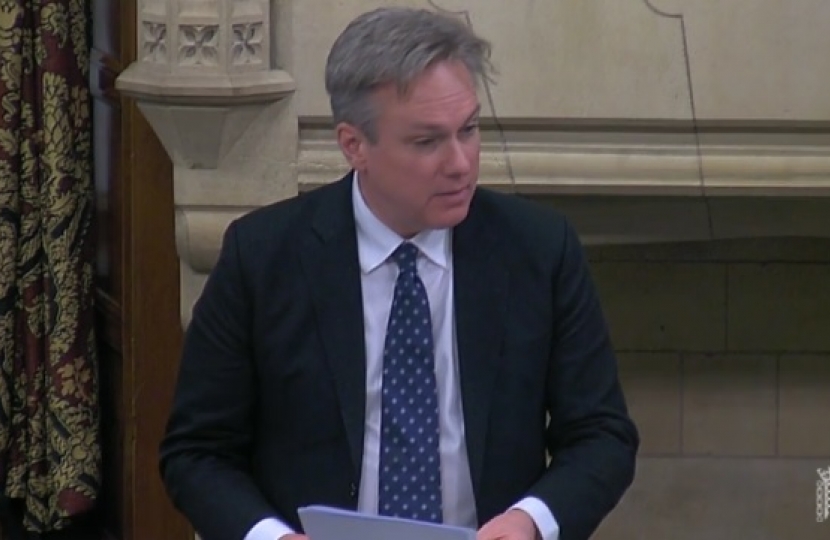 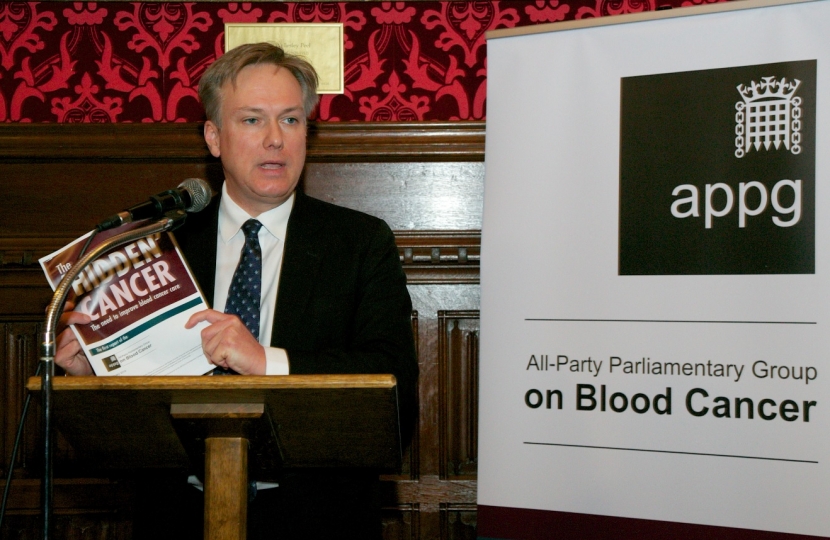 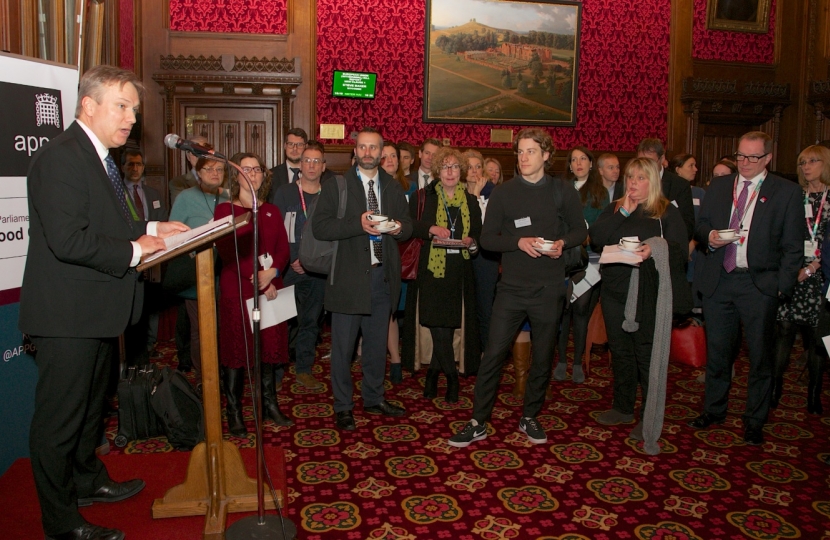 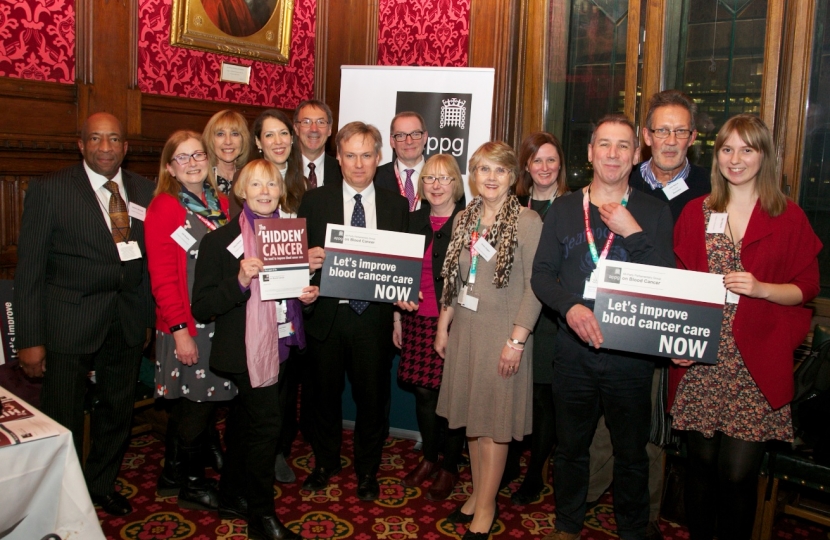 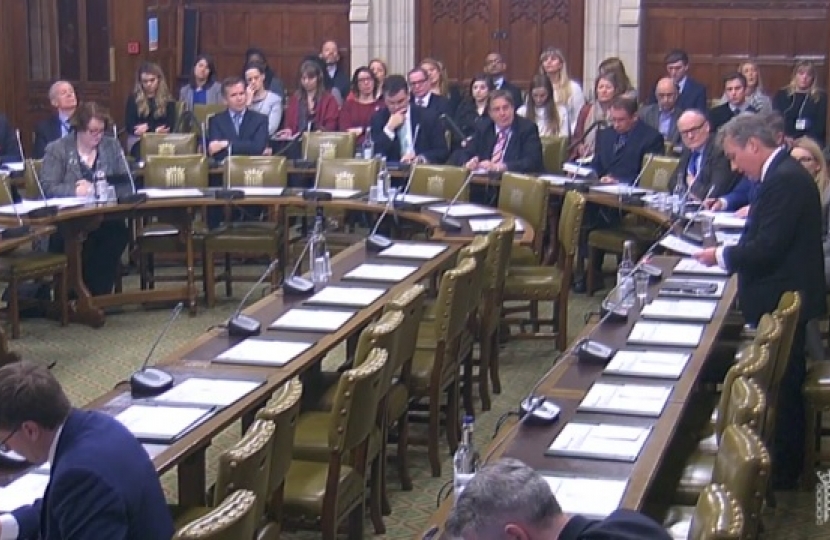 Henry Smith MP has led a debate in Westminster Hall on blood cancer care in the NHS (Wednesday, 17th January) to mark the first report of the All-Party Parliamentary Group (APPG) on Blood Cancer.

The APPG, which has been chaired by the Crawley MP since its formation, officially launched its report in Parliament immediately after the debate.

After both speaking in the debate he secured and hosting the launch of the report, Henry said;

“Blood cancer is the fifth most common cancer in the UK, and someone is diagnosed every 14 minutes. Despite this, general awareness among the public, health professionals, and policy makers is very low and we must work together to change this across the country and in Crawley.

“Unlike solid cancer tumours, blood cancer cannot be surgically cut out, and consequently blood cancer patients have a very different experience to other people with cancer.

“Delayed diagnosis for some of the 137 types of blood cancer can impact on a patient’s chance of survival, and their quality of life.

“I’ll be writing to the Crawley Clinical Commissioning Group to share with them our Group’s report, and I look forward to pursuing this issue in Parliament and with the Department of Health & Social Care.”

The report makes a number of recommendations including that GPs should immediately request a blood test for anyone presenting with one or more symptoms of blood cancer.

Blood cancer symptoms can be vague, with patients often reporting general fatigue, night sweats, weight loss, or bruising, all of which can be mistaken for other, less serious conditions such as being run down or flu.

In the debate, the Crawley MP urged the Parliamentary Under Secretary of State for Public Health & Primary Care, Steve Brine MP, to assist and support work undertaken to raise awareness of blood cancer, including campaigns supported locally;

“Much of the work on blood cancer awareness is undertaken by the charity sector. To that end, I pay tribute to the Spot Leukaemia campaign organised by Leukaemia Care, which I am pleased to say was supported by my local community through Crawley Town Football Club, which made the cause its charity of the day at a game just last September.

“I ask the Minister for his assurance that the Department of Health & Social Care will engage with such campaigns, to ensure that the full power of his Department and the NHS can be used not only to work in partnership with such charities but to give greater consideration to non-solid tumour cancers when developing policy.”

Henry visited a Macmillan Cancer Support Information Hub in County Mall yesterday, and hailed the charity’s work during the debate;

“One of the points raised in the two oral evidence sessions held by the APPG last September was the work of charities to provide support for patients and their networks. As my hon. Friend the Member for Hornchurch and Upminster (Julia Lopez) said, a lot more support needs to be given to patients and their families on issues not related to treatment, such as financial advice, so that they can devote their time and energy to getting better.

“I have mentioned a number of organisations, but I reiterate the fine work of Macmillan, which offers help to cancer patients and their families up and down the country. In my constituency of Crawley this week, one of the charity’s information hubs will be open in the County Mall shopping centre until Saturday. Its staff are on hand, as they are all the time, to answer questions about symptoms, side effects or any other issue relating to support locally.”

In closing his speech during the debate in Westminster Hall, Henry said;

“It falls to each of us here to make sure we redouble our efforts to bring as much help, comfort and support to blood cancer patients as possible, and I ask the Minister for his continued diligence in such matters. I have seen at first hand how quickly those who have blood cancer can be taken from us. In a previous debate that I was fortunate to secure in Westminster Hall on 7 July 2016, I said:

““I look forward to ensuring that the issue of blood cancers is further advanced and that awareness is increased.”

“With the progress of the APPG and the support of colleagues here and those who will be attending the launch of the group’s report from 4 o’clock in Strangers’ Dining Room, I am pleased to stand here today and say that we are making great strides. There is much more to be done, and we will continue to make progress.”

The report entitled ‘The ‘Hidden’ Cancer: The Need to Improve Blood Cancer Care’ concludes that the Government’s 2015 Cancer Strategy is not doing enough to support blood cancer patients and that patients feel let down.