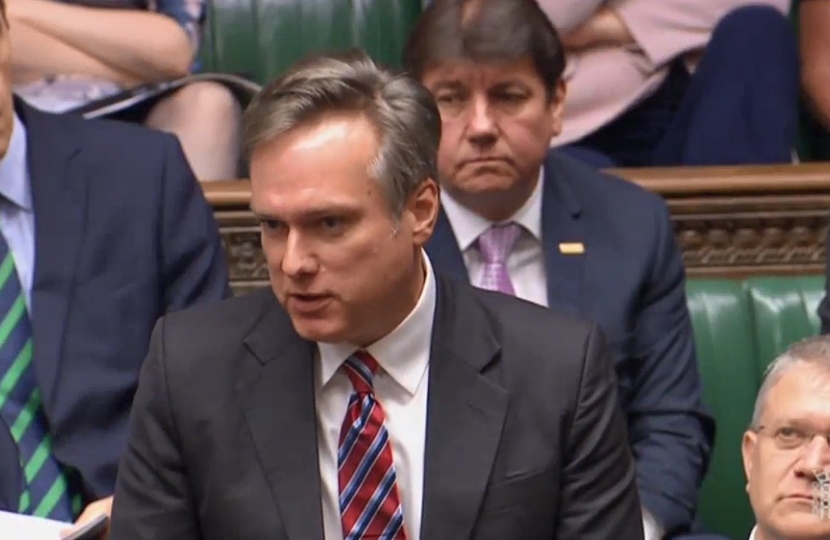 Henry Smith MP has questioned the Prime Minister, Rt Hon Theresa May MP, on the importance of delivery of both an efficient rail network and the UK’s exit from the European Union (on Wednesday, 6th June).

“Two of the most frequent issues which I’ve been contacted about by Crawley residents over recent weeks and months are ensuring that we have a rail network fit for the future and that we get on with leaving the EU. Prime Minister’s Questions was the perfect opportunity to seek further assurances on both of these subjects.

“Just like other commuters from Three Bridges, Crawley and Ifield stations, I’ve been made late for work in London on a number of occasions and have missed out on precious family time as a result of continued delays and cancellations.

“It’s right that the Govia Thameslink Railway (Southern and Thameslink) franchise will be broken up in 2021, however we must see an improvement of services now or it will need to be removed sooner.

“As a founding member of the All-Party Parliamentary Group on Southern Rail I continue to lobby for improvements. The cross-party Commons Transport Select Committee will be launching an inquiry into rail timetable changes, which will provide important parliamentary scrutiny of the process.

“The delivery of our infrastructure and Brexit are vital to ensure our position as a Global Britain.”

“Of course, we are taking action on the issues on the railways, to ensure that trains are able to arrive without delay. We will be leaving the European Union on 29 March 2019, and the implementation period will last until the end of December 2020. That is our commitment, and that is what is going to happen.”