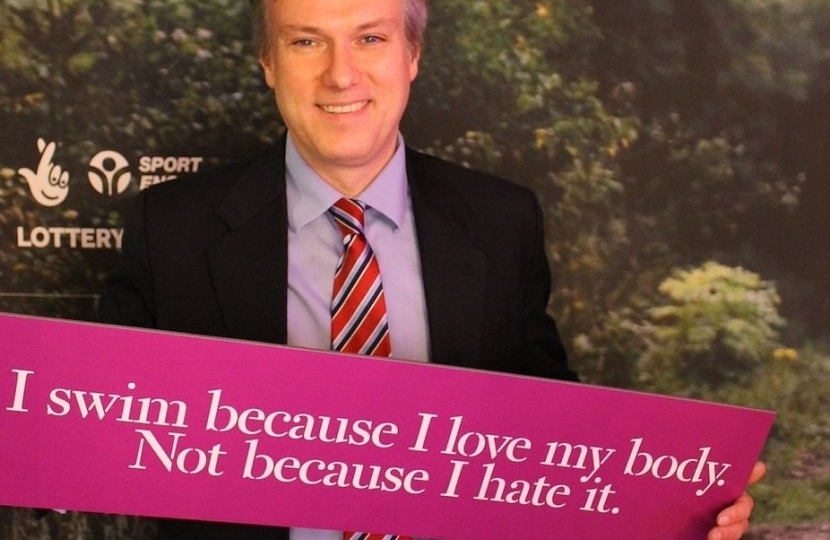 Henry Smith MP has given his support to Sport England’s This Girl Can campaign to get more women active.

“I’m proud to support Sport England’s This Girl Can campaign to get more women taking part in a whole range of physical activities.

“It’s an important campaign that has had a huge impact on women’s attitudes towards exercise. The latest results of record numbers of women playing sport show the effect of the This Girl Can campaign.

“I’d urge local groups and organisations involved in arranging sport and exercise clubs and classes for women to get involved in the campaign too by registering as supporters and accessing all of the free tools available at www.thisgirlcan.co.uk”

Henry joined other MPs in giving his support to This Girl Can at a recent event in Parliament. Figures released by Sport England in the last month show the number of women playing sport and getting active is at an all-time high.

7.21 million women now play sport and do regular physical activity, 250,000 more than when Sport England launched its National Lottery-funded This Girl Can campaign.

This means that the gender gap, which once stood at over two million, has narrowed to 1.55 million.

Locally, Sport England’s recent statistics show that in the past 12 months, the number of people taking part in sport and exercise in Crawley has increased by 0.5 per cent. Sport England has invested a total of £292,553 in community sport projects and facilities in Crawley since 2010.

This Girl Can will be back on TV screens in January with brand new adverts and opportunities across England for women and girls to take part in sport and exercise.