Crawley unemployment down by 60 per cent in five years 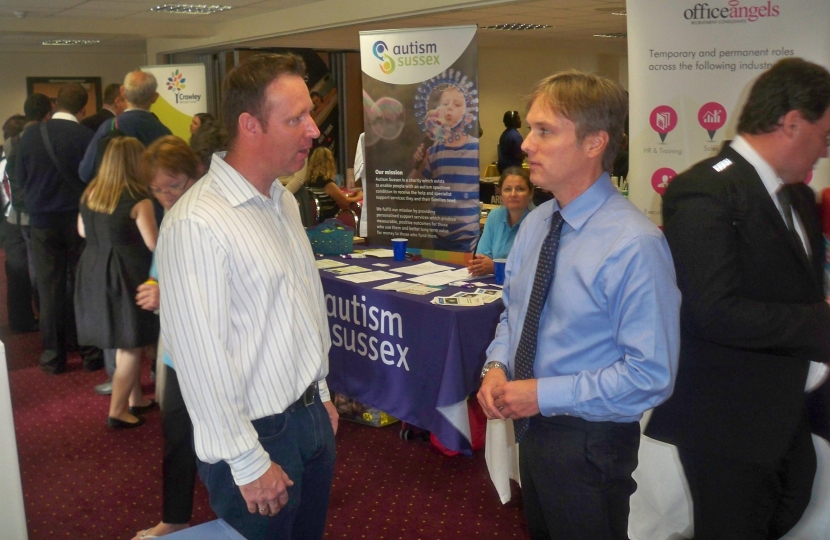 Henry Smith MP has welcomed figures confirming that the unemployment rate in Crawley has fallen by 60 per cent in the five years to December 2015.

“I welcome the announcement that since December 2010, there are 1,279 more Crawley people in work – representing a 60 per cent drop in ‎joblessness.

“Nationally I welcome the employment rate reaching 74 per cent – the highest ever.

“I’m very aware that there is more to do and this is why I’m organising the Crawley Apprenticeship & Jobs Fair on 4th March at the Civic Hall.

“Entry is of course free to all jobseekers. Organisations such as B&CE The People’s Pension, the RNIB, Autism Sussex, the Crawley Town Community Foundation and the British Army are among those who will be in attendance.”