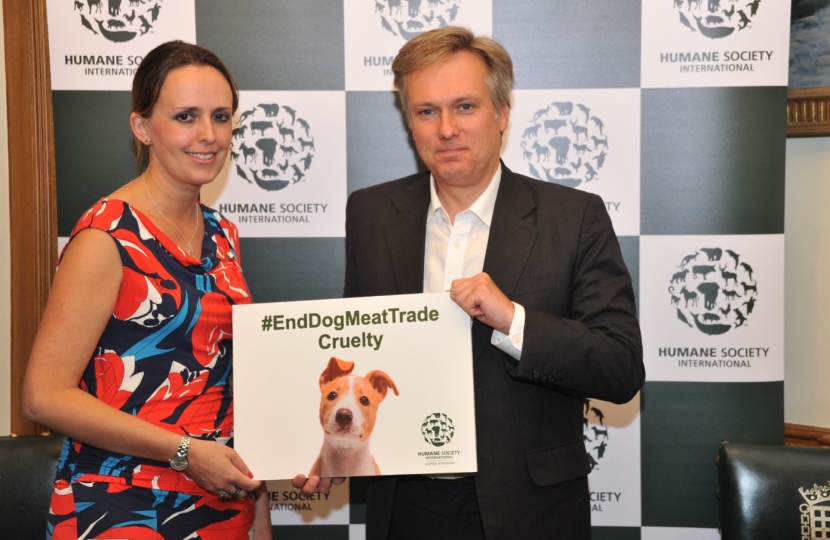 I know that many people in Crawley share my interest in issues relating to animal welfare so I’d like to use this column as an update on an event I hosted in the House of Commons last week.

I was pleased to welcome the Humane Society International to Parliament to raise awareness of their campaign against the inhumane dog meat trade in South Korea.

HSI campaigners gave accounts of how their efforts are leading to more and more dog farms thankfully closing, and there was a powerful photo exhibition showing just some of the 850 dogs who have been saved from a certain death. Indeed, eight of the dogs have started a new life in the UK.

Even South Korea’s new President, Moon Jae-in, recently adopted a dog rescued from a meat farm, as has the British Ambassador there.

I’m pleased to report that HSI will continue to work with the government in Seoul to help end this trade for good and it's encouraging to know that an increasing number of farmers in this field actually wish to move to alternate ways of life.

Before the General Election I was delighted to serve as Co-Chair of the All-Party Parliamentary Group on Animal Welfare. This week the Group will be reconstituted officially and I look forward to continuing working with parliamentary colleagues in advancing this cause.