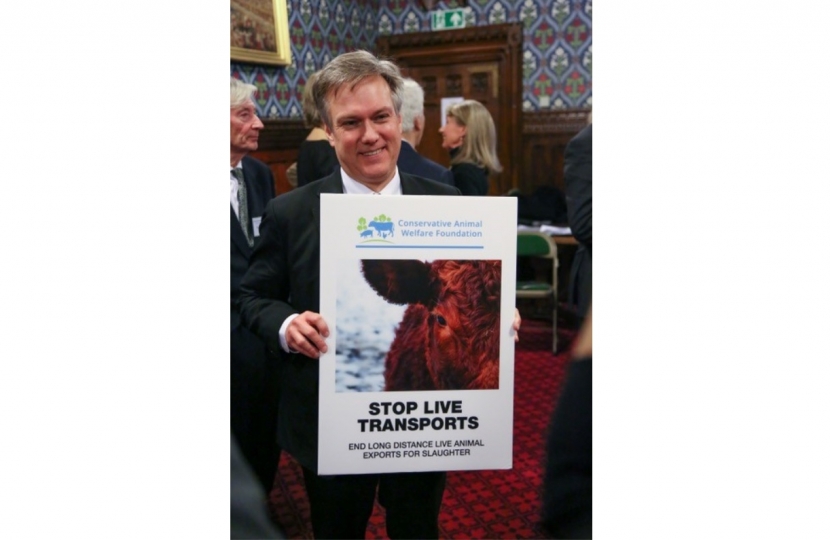 I am often contacted by Crawley residents who want to see our nation provide greater animal welfare protections, particularly given the opportunities in this regard upon exiting the European Union’s single market.

As a Vice Chair of the All-Party Parliamentary Group for Animal Welfare and a Patron of the Conservative Animal Welfare Foundation, I wholeheartedly agree.

One key area of opportunity is to stop needless suffering of live animals which are being exported for slaughter.

Along with parliamentary colleagues I have campaigned on this issue for some years, with successive UK governments not able to tackle the issue due to the constraints of EU membership.

With the end of the Brexit transition on the horizon, it is right that this Government is looking to the future. The Environment Secretary has launched a consultation aiming to ban live animal exports.

In addition to reducing the risk of potentially severe harms faced by animals being transported due to injury and maltreatment, this would also mean that these animals will no longer have to rely on the welfare laws of other countries, which may fall short of the standards expected in the UK.

Ministers are also consulting on proposals to ensure improvements to animal welfare in transport such as reduced maximum journey times, more space for animals and tighter rules on transporting animals in extreme temperatures.

The Government consultation ‘Improvements to animal welfare in transport’ is open until 28th January 2021. Please click here for more information and to make a submission.