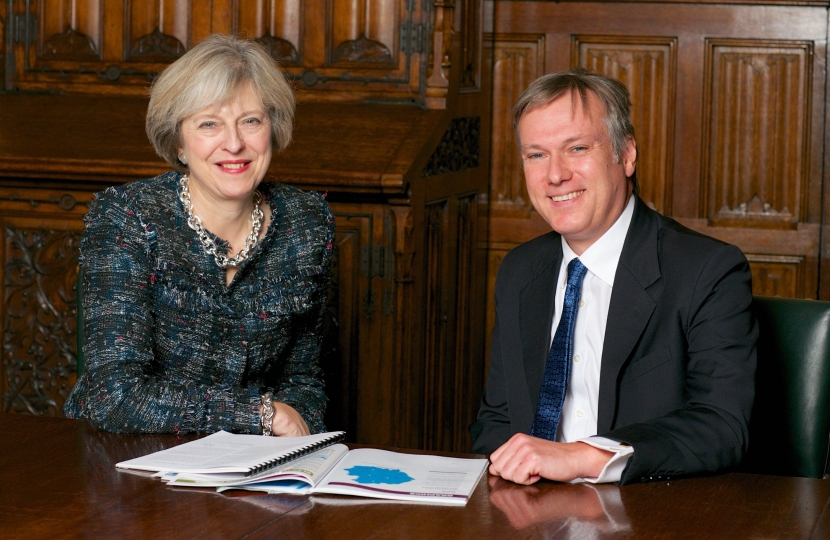 This election is a choice between myself continuing to stand up for Crawley with Theresa May as our Prime Minister, or Jeremy Corbyn and Diane Abbott representing our country on the world stage.

The number of Crawley businesses has increased by 600 in recent years and local unemployment has fallen to 1.6 per cent. There is more to be done – we can continue this progress, or throw it all away with a Jeremy Corbyn government’s anti-business agenda which will hit employers and taxpayers alike. Labour want to tax firms at the rate paid in the late 1940s, this would destroy jobs and shrink the economy meaning less funding available for our important public services.

The Conservatives in Government have increased the tax-free personal allowance to £11,500, benefiting over 56,000 Crawley residents. If re-elected the amount earned before paying tax will continue to increase to £12,500 by 2020.

Just 11 days after polling day, Britain will start Brexit negotiations with the EU. Whoever is Prime Minister will represent our country – they must be up to the task and ready to start.

Getting these negotiations right is central to everything – our place in the world, our economic security and our future prosperity. Only Theresa May has a plan for Brexit and the ability to deliver.

Jeremy Corbyn has spent 30 years sympathising with enemies of Britain and still does not apologise for his support of the IRA and some extreme Islamic groups in the Middle East. His refusal to countenance using the UK’s independent nuclear deterrent – which helps guarantee the security of much of the western world – would render it pointless and would compromise our security.

He has also been clear on his opposition to the police shoot-to-kill policy when faced with a terrorist threat – an untenable position for a UK Prime Minister.

Less than a year ago, senior Crawley Labour figures were calling for Jeremy Corbyn to be replaced as Labour Leader. Three quarters of his MPs asked him to quit last year.

Now, his proposal for a Garden Tax would increase the average council tax bill in Crawley by £3,229.

I ask to continue to serve so I can keep standing up for our town in the House of Commons, support Theresa May in the Brexit negotiations, work for further improvements for Crawley and to ensure a strong and proud United Kingdom.