Getting Brexit Done this week 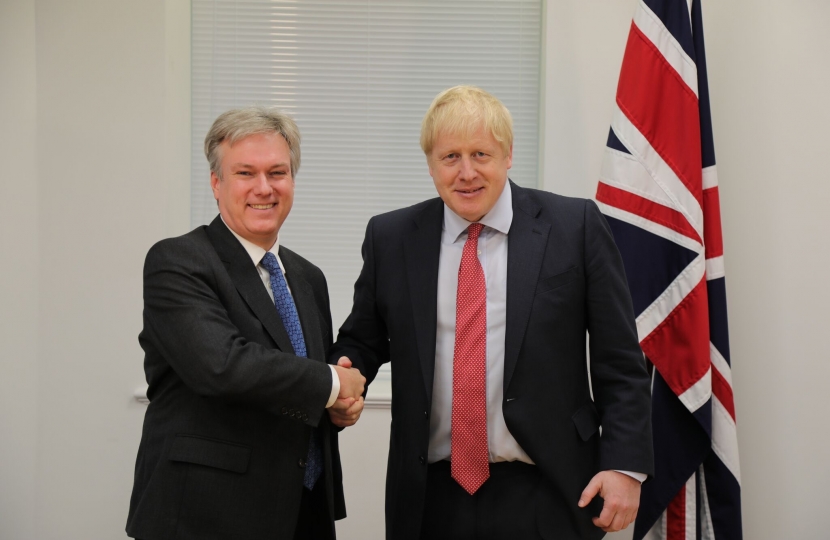 As I write this week’s column from my Crawley office, it has been confirmed that the Queen has given royal assent to the Brexit bill, meaning that the European Union (Withdrawal Agreement) Act 2020 is now law.

This is the result of more than three years of work spanning two Prime Ministers and three parliaments – incredibly and appallingly! The one constant, of course, was the position of the people of Crawley in wanting to leave the EU.

Earlier this month I spoke in the House of Commons about how people throughout this country had to express themselves three times before the political establishment got the message that they want us to leave the bloc.

We can now look out towards the rest of the world – not little England, but Global Britain. That is where we are at our strongest, and is how we can find where the great strength of our history has been and where our future prosperity lies.

Decisions taken at home can support Global Britain around the world. We should reduce the Air Passenger Duty tax burden on individuals, families and businesses. In doing so we can help bring our country even closer to the rest of the world; in recent weeks I have written to parliamentary colleagues ahead of making representations to the Treasury.

As a key player in the Commonwealth and NATO, a permanent member of the United Nations Security Council, and through continuing to work closely with our European friends and partners, the United Kingdom has an important role on the international stage.

In future, however, we will not be tied to the political institution of the EU. We will have control of our laws, money and borders, we can work and trade globally, and we will be able to use our unique international links to act as a conduit to continental Europe.