The Government's Plan for a Stronger Economy 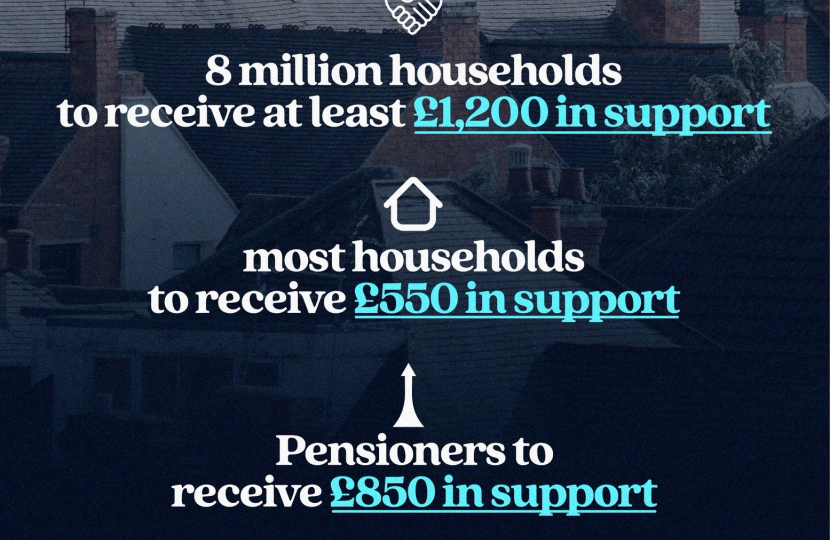 Having called for the Chancellor of the Exchequer to go further in securing support for Crawley families I welcome the announcement of further Government assistance which will help the most vulnerable households in particular.

While no government can solve every problem, this new support will help people in Crawley with cost of living pressures which are being caused by global factors including Russia’s invasion of Ukraine.

The targeted and temporary Energy Profits Levy will raise extra revenues without deterring investment. This new Levy will be charged on profits of oil and gas companies.

The Levy will raise around £5 billion over the next twelve months. This initiative has significant investment incentives built in. Crucially, a new Investment Allowance will double the overall investment relief for oil and gas companies, ensuring a significant incentive for companies to reinvest profits. This is particularly in stark contrast to proposals put forward by opposition MPs.

The Government will be ensuring that in these difficult times, targeted support will reach the pockets of the most vulnerable.

Every household on means-tested benefits will receive a £650 cost of living payment.

More than 8 million of the most vulnerable households will be sent a one-off payment of £650, paid in two instalments, with the first due from July and the second in the autumn. Payments for those on Tax Credits will follow one month later.

Existing support for local authorities such as Crawley Borough Council is also being boosted, with Government providing a further £500 million for local councils to use at their discretion.

This backing for families follows the support which was announced earlier in the year. Last month the Chancellor confirmed that the £200 ‘smoothing’ rebate, which was due to be paid back over the next five years, will no longer need to be paid back. This support is also being doubled, meaning a £400 cash grant for all households to help with the cost of energy bills.

My call to ministers continues to be for support to get where it is needed the most.