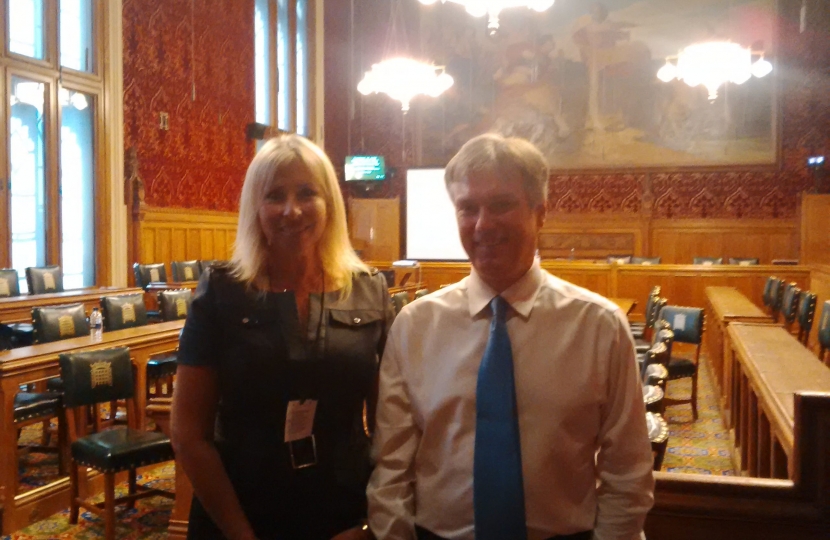 Henry Smith MP has been appointed a Patron of the Conservative Animal Welfare Foundation.

The Crawley MP, who was elected as Co-Chairman of the All-Party Parliamentary Group for Animal Welfare in June 2015, is reiterating his support for the organisation and its campaigns, which include the mandatory introduction of CCTV in slaughterhouses.

“I’m honoured to accept an invitation from the Conservative Animal Welfare Foundation to become a Patron of the organisation.

“I look forward to continuing to work with the CAWF, particularly on the importance of introducing CCTV in UK slaughterhouses – this is an issue I’ve previously raised in the Commons and one I continue to highlight.

“It’s always heartening when Crawley residents contact me in support of improved treatment of animals – I’ll continue to pursue these issues with the Government.”

The Conservative Animal Welfare Foundation was established earlier this year to raise awareness of the billions of animals reared on intensive farms around the world, and how this impacts upon animal welfare, the environment and people’s health.

“We are delighted and honoured that Henry is joining us as our Patron along with Sir Roger and Lady Suzy Gale.

“Henry is the Co-Chairman of the All Party Parliamentary Group for Animal Welfare and has led a number of important debates on animal welfare including the need for CCTV in all slaughterhouses which is one of our key objectives.

“Henry has hosted many animal welfare events in the Commons and we look forward to working together to help advance farm animal welfare.”