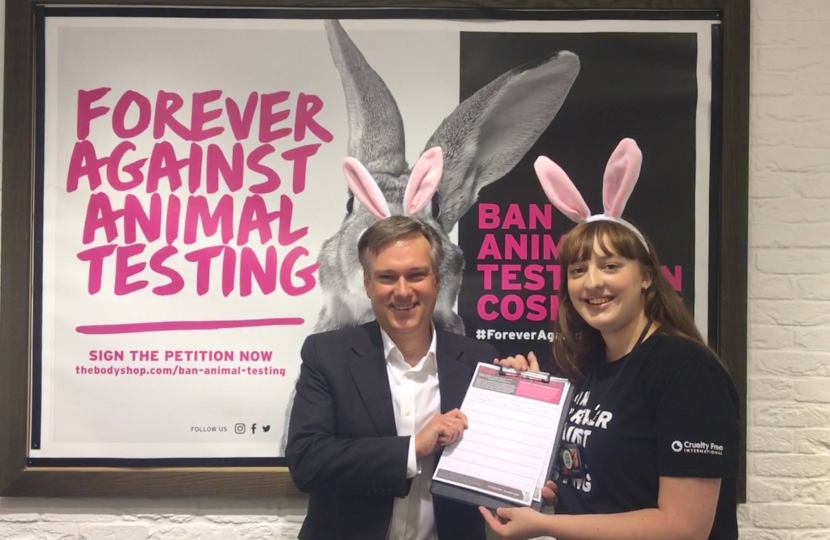 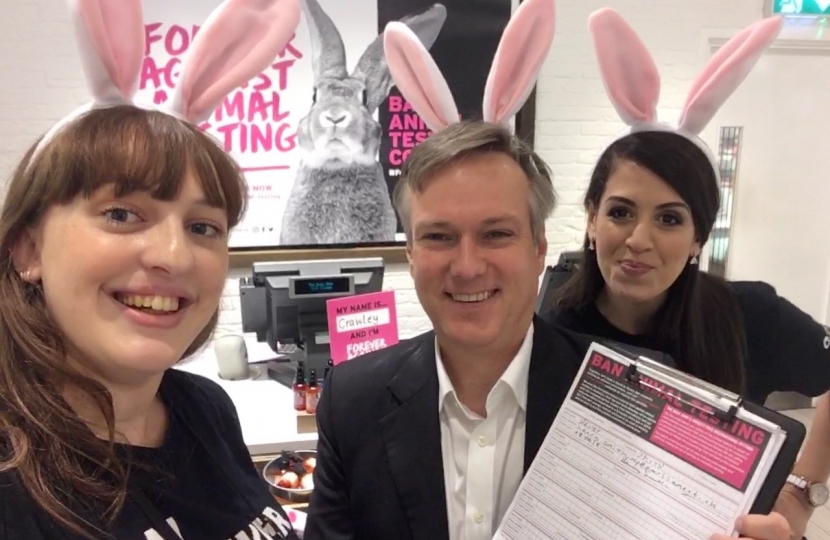 Henry Smith MP has hailed the contribution of The Body Shop in securing nearly six million signatures for the Forever Against Animal Testing campaign and has visited their store in Crawley town centre to sign the petition himself.

The campaign is run in conjunction with Cruelty Free International, and seeks to reach eight million signatures in support of a worldwide ban on animal testing for cosmetics products, to be presented to the United Nations later this year.

“‪My thanks to Body Shop staff in Crawley for helping gather near to six million signatures worldwide for the Forever Against Animal Testing campaign!

“As one of Sussex’s most well-known and ethical companies we can be proud of our local connection to such a worthy cause.

“Earlier this year I was delighted to host Cruelty Free International for a parliamentary event seeking to raise further awareness about this important issue. I’m grateful for their continued efforts and for the campaigning of Crawley residents who are passionate about animal welfare.”