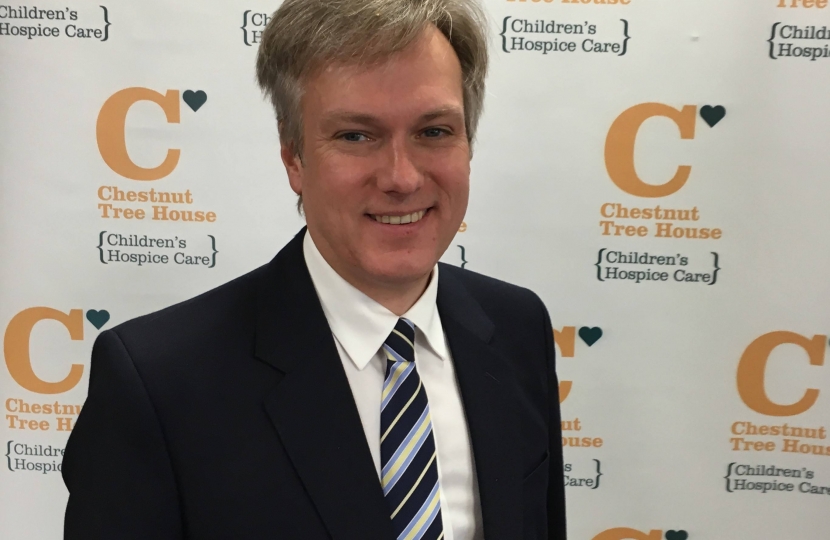 “The services provided by Chestnut Tree House are truly remarkable and support many families across Sussex.

“They rely on the support and donations of the public and business to deliver these services; I’m grateful for the generosity of local firms and people.”

The hospice’s networking breakfasts allow the charity’s supporters to hear from inspirational speakers while expanding their network and meeting other like-minded businesses.

Also at the event were a number of figures from Chestnut Tree House and Crawley Town FC, including their new manager, Harry Kewell.

The Crawley MP donated a package including tea for two at the Houses of Parliament which was auctioned recently and raised over £400 for the hospice.

Henry has consistently supported the hospice, including working with the Crawley Town Supporters Alliance in backing their annual Easter Egg Appeal for the young people in care, praising their work during Children’s Hospice Week last year, dressing up as Father Christmas to mark Wear a Santa Suit Day, as well as taking part in Santas on the Run in Crawley.

Almost 50,000 children and young people in the UK suffer from serious illnesses that shorten life expectancy and lower their quality of life.

Chestnut Tree House and other children’s hospice services can help to alleviate some of the stresses of these conditions, and can help provide a better quality of life for many of those affected.