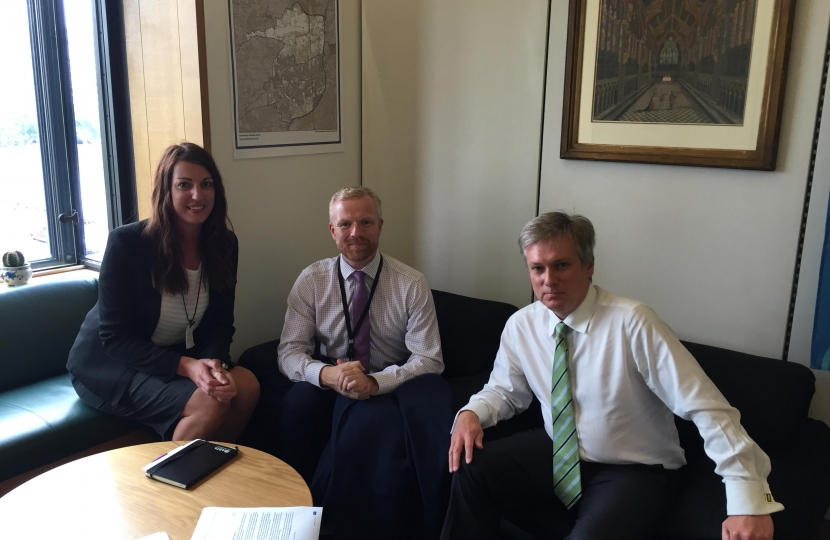 Henry Smith MP has met with ABTA, the UK’s largest travel association, and holiday provider Thomson in support of the Stop Sickness Scams campaign, which calls for action against the growing problem of fraudulent sickness claims.

“The issue of fraudulent sickness claims is one which could have a real impact on anyone going on a holiday abroad.

“If this issue isn’t addressed British tourists could face increased costs for holidays, as well as restrictions on which hotels they’re able to visit.

“This is a cause I raised with the previous Justice Secretary and I look forward to pursuing this further with the new Secretary of State.”

To close the claims loophole, the Stop Sickness Scams campaign is calling for an amendment to court rules, to enable holiday sickness claims to be included in a fixed costs regime, which will reduce the incentive for claims management companies (CMCs) to bring these cases.

The Crawley MP has been working alongside ABTA in raising this issue with the Ministry of Justice, with the travel association and its members also working with the Government, sharing claims data and asking for regulatory change to address the loophole that has left travel companies vulnerable to spurious sickness claims.

The meeting followed recent confirmation that ministers have asked the Civil Procedure Rule Committee, which is responsible for setting rules on legal costs, to urgently look at the rules governing the costs of holiday claims.

As a result of these proposed changes, fixed recoverable costs can be extended to cover claims arising abroad, closing the loophole and meaning that pay-outs for tour operators will be subject to stricter controls.

Ministers will additionally ask the Civil Justice Council in the coming weeks to look at the rules around how low-value personal injury claims more generally are handled to reduce the incentives to bring claims lacking merit.