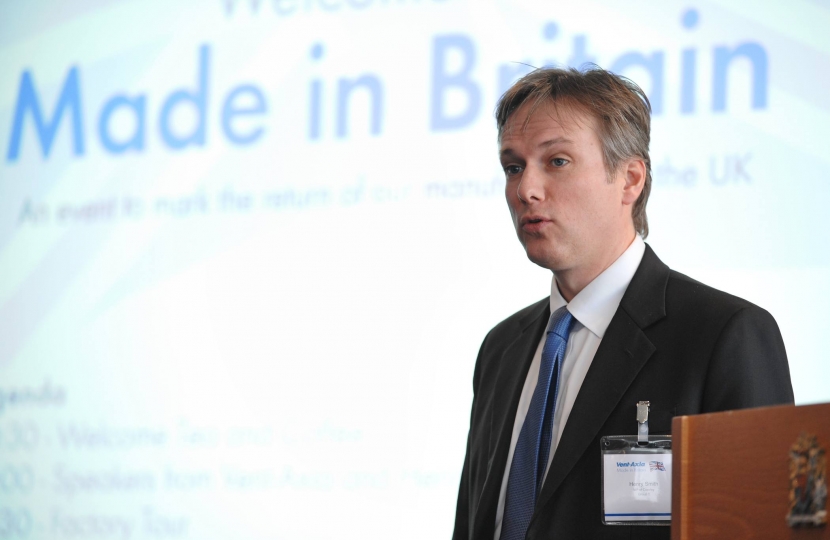 Henry Smith MP has given his support to I Am Team GB Day on Saturday 27th August, and a range of events taking place in Crawley and around the country.

The day is being organised in support of British Olympians returning from Rio 2016, and is calling on people across the country to take part in a sporting event.

“Following the amazing success of British competitors at the Rio 2016 Olympics, I’m delighted to support I Am Team GB Day.

“There are a number of events taking place in Crawley on I Am Team GB Day; the weekly Tilgate Parkrun will be taking part, as will Crawley Wheelers Cycling Club. In addition, there’ll be an Olympic Open Day at K2, with a whole host of sports for people of all ages to come and try out.

“Our athletes can be proud; to finish second in the medal table behind only the United States, and to improve on our performance at London 2012, is a remarkable achievement.

“Team GB have also made history, as for the first time, a country has improved its medal tally after hosting the Olympic Games.

“It’s been great to see athletes from Sussex compete at the Rio Olympics, and I’m looking forward to cheering on Crawley shooter Ben Jesson when the Paralympics begin on 7th September.”

I Am Team GB Day will see thousands of sports clubs across the UK open their doors, and in an unprecedented move, ITV, STV and UTV will switch off their channels for an hour to inspire the nation to take part in a wide range of sports, free of charge.

It will also celebrate the support the public gives Team GB’s athletes by playing the National Lottery. Over £80 million has been raised each year by National Lottery players to help fund elite athletes during the four-year build-up to Rio 2016.

I Am Team GB is a partnership between ITV and The National Lottery, working alongside the British Olympic Association, UK Sport and supported by Join In, the London 2012 volunteer legacy charity.