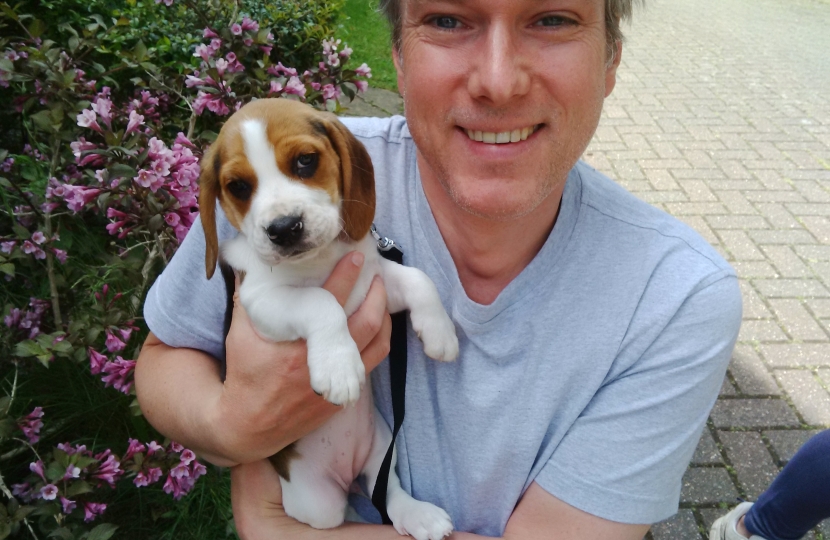 Henry Smith MP has announced his support for fines of up to £5,000 for animal health and welfare offences, calling the proposals a “positive step for animals in Crawley and around the country.”

The Animals (Penalty Notices) Bill, a Private Members’ Bill introduced by Andrew Rosindell MP and which is backed by the Government, will create a system of on-the-spot financial penalties of up to £5,000 for animal health and welfare offences.

These new penalties will provide the authorities with an additional enforcement measure to be used alongside warnings and criminal prosecution.

“I’m proud to support Andrew Rosindell MP’s proposals which I know will be a positive step for animals in Crawley and around the country.

“Enforcement agencies need as many tools as possible when dealing with animal welfare and health offences, and penalty notices will provide a quick and efficient way to tackle some of these offences.

“I want to reassure Crawley residents that it is my strong view that any acts of cruelty will always be prosecuted and that penalty notices should only be used for less serious offences.”

“I am delighted that Henry Smith MP is on board with my plans to strengthen animal welfare in this country with new, on-the-spot fines for animal health and welfare offences.

“I know how strong a supporter Henry Smith MP is of animals across Crawley and indeed the country and his support will be invaluable as I look to bring this Bill through Parliament.

“However we must be clear that this is just for mid-ranking offences and that animal cruelty will always and must always be addressed with criminal prosecution.”

“It is important that we maintain and enhance the health and welfare of animals in England and support a timely and proactive approach alongside advice and guidance that can deliver high standards for the long term.”

“The RSPCA welcomes the introduction of the Animals (Penalty Notices) Bill. By expanding the range of animal offences that enforcement agencies can use Fixed Penalty Notices for, it will provide a new and quicker way to enforce some of the most widely used animal welfare laws – and so has the potential to make a real difference for animal welfare in England.

“Fixed Penalty Notices can be a useful, additional, tool for enforcement agencies to use to tackle cruelty towards animals. They can enable action to be taken to address an issue without having the costs, time and animal welfare impacts of waiting for a court case.

“We look forward to the Bill progressing and to working with Andrew Rosindell MP and the Government to make sure it is as effective as can be.”

Dr Jo Judge, CEO of the British and Irish Association of Zoos and Aquariums (BIAZA), said;

“Good zoos and aquariums are leading the way on animal welfare and unanimously support strong and effective animal welfare laws. It is clear that this Private Members’ Bill addresses a gap that currently sees too many offenders get away with mistreating animals.”