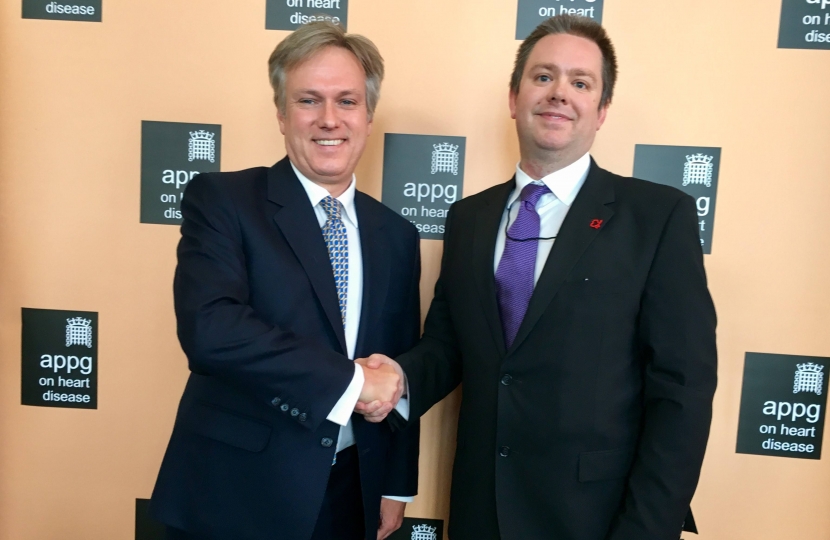 In the hours and days after the attacks in London and Manchester this year, the people of Spain stood in solidarity with our country. Following the horrific events in Barcelona, Britain now stands with Spain against this evil barbarity.

Our town has grown and regenerated over the last 70 years, since its designation as a new town on 9th January 1947.

I’ve a great love of history, and it’s been fascinating to see the display at Crawley Library of pictures from the late Roger Bastable’s collection. Due to popular demand, this exhibition is now on display until Thursday 31st August.

I was particularly taken by the original town map, which saw the coming together of Three Bridges, Ifield and the small market town of Crawley.

The communities of Southgate, Gossops Green, Langley Green, Tilgate, Northgate and Pound Hill were all included in the original plans. Neither Bewbush, Broadfield, Furnace Green nor Maidenbower featured on the 1947 map. Our town is now more than twice its originally envisaged size.

While celebrating our heritage is important, we must also face up to today’s challenges, such as access to housing and parking, as well as pressures on local health services and schools.

I spoke in Parliament to mark our town’s milestone anniversary and to highlight these causes that local and national government need to continue turning their attention towards.

Crawley has much it can be proud of. Facilities such as The Hawth, Tilgate Park, County Mall and K2 bring in people to our town from far and wide. We’re the home of Sussex’s only Football League club and in Gatwick we have an international airport which continues to increase its offer to passengers.

Shops and businesses start here, thrive here, expand here and move here. A number of these are based in and around Manor Royal and I’ll keep working to ensure more of the jobs and apprenticeships available at these world-leading firms in Crawley go to people from the local area.

I’ll continue to be Crawley’s voice in Westminster and keep putting our town’s interests front and centre.

Introduction of CCTV in slaughterhouses

I’m delighted that the Government have confirmed that animal protection standards are to be enhanced in law through the mandatory introduction of CCTV in slaughterhouses across England.

I was pleased to lead the campaign in Parliament on CCTV in slaughterhouses to better scrutinise animal welfare standards and welcomed this pledge being included in 2017’s Conservative Party manifesto, now to become law.

It’s right that the Government are using our EU exit to protect and improve animal welfare standards. This measure will confirm the UK’s place as a world leader.

My inbox is often full of emails from Crawley residents on a range of animal welfare issues including the treatment of animals in abattoirs. Such standards of animal protection are important and these enhanced measures should provide greater confidence in the treatment of livestock.

Remembering the Battle of Passchendaele: A century ago, the Third Battle of Ypres lasted more than three months and saw around 325,000 Allied and 260,000 German casualties.

Across the country including here in Crawley, we remember the fallen. The Heroes Walk in the Memorial Gardens has been replanted by Central Sussex College students to commemorate 21 soldiers from our town who made the ultimate sacrifice during the First World War.

The Houses of Parliament have also been paying tribute with a new exhibition, Parliament and the First World War, which has been set up in Westminster Hall.

Protecting the natural environment: Since the 5 pence charge for a plastic bag was introduced less than two years ago, more than 9 billion fewer plastic bags have been used. This represents an 83 per cent reduction which is already benefiting our environment.

To try and put this in context – this number of bags would be enough to wrap around the world more than 100 times! Money raised from the charge has generated £95 million for good causes.

Legislation to help councils tackle littering from vehicles is also to be put forward, and the Government will publish their response to a consultation on increasing the fixed penalty fine for littering.

Last year in the House of Commons I called on the Prime Minister to ensure the UK continues to lead the world on environmental policy and take action to ban the sale and manufacture of cosmetics and personal care products containing tiny pieces of plastic, known as microbeads.

Last month the Environment Secretary also confirmed that legislation will be introduced later in the year to ban the sale and manufacture of microbeads in products such as toothpastes and shower gels.

Airport security: Further to my question in the House of Commons to the Security Minister on the issue of drone use near to UK airports following disruption caused by a device at Gatwick last month, I welcome the Government’s announcement of new rules surrounding drone use, and that the use of ‘geo-fencing’ technology built into such devices preventing them from entering zones such as airports is to be brought forward.

School funding boost: Welcomed confirmation from the Education Secretary that a National Funding Formula for schools will be introduced in 2018-19 and that funding for schools will increase by £2.6 billion over the next two years. Following the announcement I questioned the Secretary of State for Education in the House of Commons on support for local schools. More details will be confirmed in September and I’ve been following up with the Department for Education and Crawley headteachers.

Cancer Research UK: We can’t underestimate the devastating impact cancer will have on people in Crawley and across the country both now and in the future. I was pleased to meet with Cancer Research UK to hear how their pioneering research is turning the tables on this disease. The organisation’s ambition is to see three in four patients surviving cancer by 2034.

Guide Dogs: Backing the campaign to end problem pavement parking. No one should be forced to brave traffic by cars parked on the pavement. This is a major issue for blind and partially sighted people who should be able to walk the streets without fear.

Heart disease: Met with the British Heart Foundation in the House of Commons as part of my role as a Vice Chair of the All-Party Parliamentary Group for Heart Disease. I’m glad that the Group is restarting its activity in the new parliamentary session and am pleased to continue supporting the British Heart Foundation’s work to help people burdened by heart disease and stroke, and find new ways of improving care in Crawley and throughout our country.

Dog welfare: Hosted Humane Society International UK in the House of Commons to raise awareness of their campaign against the inhumane South Korean dog meat trade. HSI’s work has helped rescue more than 850 dogs from ‘death row’ on dog meat farms. Even South Korea’s new President, Moon Jae-in, recently adopted a dog rescued from a meat farm, as has the British Ambassador there.

Chestnut Tree House: Continuing to support the only children’s hospice in Sussex at their business networking event held at Crawley Town FC. The services provided by Chestnut Tree House are truly remarkable and support many families across Sussex. They rely on the support and donations of the public and business to deliver these services; I’m grateful for the generosity of local people and companies.

Stop Sickness Scams: Met with travel association ABTA and holiday provider Thomson supporting the campaign for action against fraudulent sickness claims. If this issue isn’t addressed British tourists could face increased costs for holidays, as well as restrictions on which hotels they’re able to visit. Ministers have asked the Civil Procedure Rule Committee, which is responsible for setting rules on legal costs, to urgently look at the rules governing the costs of holiday claims.

Ivory surrender: Working with the International Fund for Animal Welfare to support a new ivory surrender launched to protect elephants from further slaughter for the illegal ivory trade.

People’s Postcode Lottery’s Dream Fund: Urging local charities to apply for a share of a £3 million funding pot to bring their dream project to life. The Dream Fund encourages collaboration between charities and good causes, bringing them together to apply for funding to finance their dream project – an idea they have always wanted to deliver but never had the opportunity to develop.

HIV & AIDS awareness: Supporting the Terrence Higgins Trust in continuing to talk about HIV and sexual health awareness in Crawley and the UK, as well as in the developing world.

All-Party Parliamentary Group for Animal Welfare: Grateful to parliamentary colleagues for re-electing me as Co-Chair of the Group. This is a role I’ve held for the last two years and I’m looking forward to carrying on holding the Government to account over animal protection as we leave the European Union.

I’m conscious that many in our town share my own strength of feeling with regard to this issue. The letters and emails I receive from local residents will continue to be at the forefront of my mind when I pursue animal welfare issues with the Environment Secretary and his ministerial colleagues.

Days after the APPG meeting, I secured assurances in the Commons from the Environment Secretary that “all creation is maintained, enhanced and protected” when the UK leaves the EU.