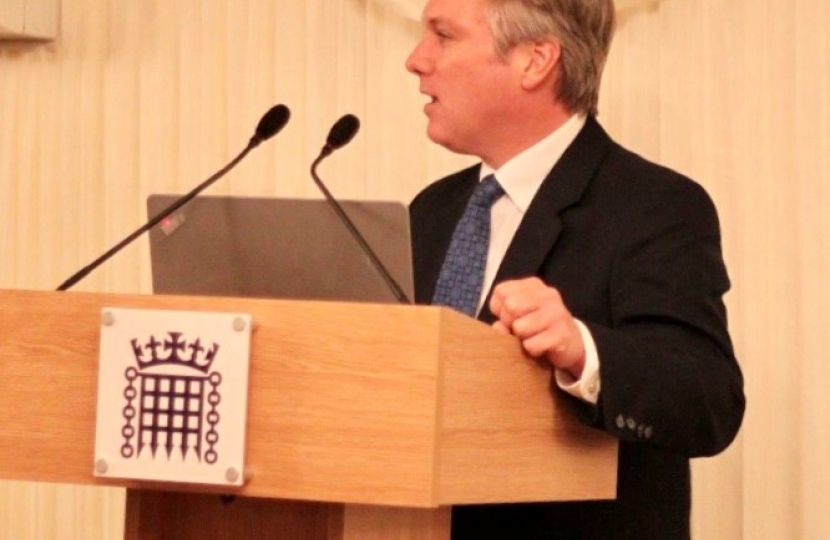 In line with the data protection changes coming into effect on 25th May 2018, if you wish to continue receiving my Crawley Bulletin I will need you to explicitly provide your consent.

If you would like to receive my newsletter please complete the short sign-up form by clicking here.

If you change your mind, you have the right to withdraw your consent at any time. There is an unsubscribe link which is accessible in the footer of my newsletters.

One of the most important tasks for working families is to secure affordable and quality childcare, which is why I welcome the latest figures which show more than 4,700 children in West Sussex are benefiting from the Government’s 30 hours free childcare offer.

As a result of increases to the Personal Allowance threshold and National Living Wage coming into effect from April, a full-time worker earning the NLW in Crawley will be taking home over £3,800 more per year after tax compared to a full-time minimum wage worker in 2010.

Responding to an attack in our country: Over the course of four days this month, the Prime Minister visited Salisbury and came to the House of Commons twice to update MPs, following the Russian state attack on Sergei and Yulia Skripal in the Wiltshire city.

Keeping our country and its people safe is the first duty of any government, and one which Labour’s Jeremy Corbyn has proved he is not up to. We can be proud of the role Crawley plays in keeping our country safe. Earlier this year in the House of Commons I paid tribute to the efforts of Manor Royal-based Thales UK, and their work in delivering the Royal Navy’s Crowsnest system.

Supporting our hardworking NHS staff: Pay for over 1.1 million NHS staff is to rise between 6.5 per cent and 29 per cent under a new Government proposal. This includes for the nurses and midwives who work so hard to take care of us when we’re ill.

The introduction of new roles, such as nursing associates, will provide a further, work-based method of entry to the nursing practice for new and existing staff, and in 2018 this work-based route into the profession will train 5,000 nursing associates, with an additional 7,500 in 2019. It is right that we see investment in our health service to ensure public sector workers are fairly remunerated for their vital work, and to deliver world-class public services for all.

Easter: I was delighted to watch a wonderful performance of Eternally Yours at The Hawth last week, where children at St Margaret’s and Pound Hill Infants schools, as well as 2nd Crawley Scouts and Crawley Baptist Church, told the Easter story beautifully. I’ve also been receiving emails from Crawley residents on the issue of the freedom of religion, asking me to continue my support for the charity Open Doors by visiting an exhibition they are holding in Parliament this week.

I am always pleased to support Open Doors and look forward to attending. Earlier this year I highlighted in the House of Commons their important work protecting Christians who are persecuted around the world as a result of their faith. Their vital efforts to protect the ability to worship freely will be in my thoughts this weekend.

Looking to the future on International Women's Day: Shared Parental Leave recently introduced by the Government now enables men and women to balance work and care between them and also goes to tackle the gender pay gap. It allows mothers to return to work sooner if they wish to and fathers to take an active role in bringing up their child.

This initiative helps parents to balance a job with family life in a way that works best for them and their circumstances; benefiting employers at the same time who can retain talent in their workforce.

I want our students to take the opportunities afforded to us locally from some of the world-leading companies who operate in Crawley and the wider Gatwick Diamond area. In particular, we need to address the under-representation of girls in STEM (Science, Technology, Engineering and Maths) subjects. Ensuring equality of these opportunities is a responsibility we have to our daughters and sons.

Investing in the railways: Welcoming Network Rail confirmation of Department for Transport funding for the next stage of Brighton Main Line upgrade proposals, which could benefit the hundreds of thousands of passengers – many Crawley commuters – using this service each day and allow more trains to run in the longer term between London, Gatwick Airport, Three Bridges and the Sussex coast.

Standing up for motorists: Speaking in the House of Commons in favour of legislation which would provide motorists with new legal protections from unscrupulous private parking operators, as well as raising standards in the industry. The Government are right to support this Bill – the next step on its parliamentary journey will be its committee stage, on which I’m pleased to serve.

Mothering Sunday: Being thankful for the support which our mums provide for us, and thinking of those for whom the day might be filled with more sadness than joy.

People’s Postcode Lottery: I’m often struck by the amazing work of Crawley’s charities and community groups which serve local residents, and was pleased to urge these to apply for funding from the People’s Postcode Lottery. While the latest stage of applications has now closed, there will be a further bidding round later this year.

Welcoming a local charity to Parliament: Hosting Manor Royal-based charity Vision Aid Overseas in the House of Commons in support of their work to fulfil a mission; to ‘enable people living in poverty to access affordable glasses and eye care.’ While I often welcome charities to Parliament it’s additionally special to welcome one based in Crawley, which works to help people suffering from vision impairments across the world.

People’s old glasses from around the UK arrive at Vision Aid Overseas’ warehouse in Manor Royal to be recycled with the funds generated going to help those with eye health need in developing countries.

Workplace saving: 47,000 additional people in Crawley are now saving more for their retirement. Due to Government changes to workplace pensions, over 9 million more people are now saving for retirement nationally.

English Tourism Week: Met with Visit Britain representatives in Parliament during English Tourism Week and found out more about VisitEngland’s work to explore our country. I’d urge people arriving at Gatwick Airport who may look to visit London or Brighton to stay in Crawley and see what West Sussex has to offer.

Earth Hour 2018: Supporting the WWF to raise awareness of some of the biggest environmental challenges facing our generation. Parliament and Downing Street were among the landmarks worldwide which turned off their lights last Saturday to mark the day. For my part I’ve already joined parliamentary colleagues in giving up disposable plastic such as coffee cups, water bottles and sandwich packets throughout Lent and will continue after Easter.

CCTV in slaughterhouses update: Following my successful campaign for the Government to ensure CCTV recording becomes mandatory in slaughterhouses across England, I welcome confirmation from the Environment Secretary that legislation to make these cameras compulsory in such facilities to safeguard animal welfare has been introduced.

Press sustainability: Welcoming the launch of a new review into press sustainability, with a particular focus on ensuring the future of local and regional press – an important part of the community in Crawley and across the country.

I would like to wish everyone in Crawley a happy Easter.