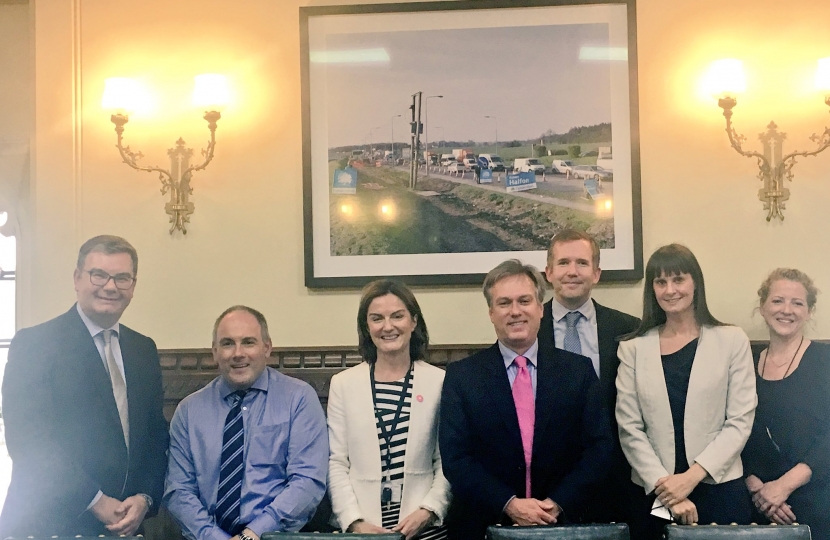 Henry Smith MP, who serves as a Vice Chair of the All-Party Parliamentary Group (APPG) on New Towns, has called on the Government to put communities such as Crawley centre stage in the 2018 Autumn Budget.

The Group, established in 2017 to celebrate the contribution made by the UK's New Towns and to highlight the challenges they face, has written to the Chancellor of the Exchequer with three key asks of the Budget later this year.

“A key objective of the New Towns APPG’s work is to make the case for investment and the regeneration and renewal of New Town infrastructure, as well as positively shaping policy.

“The Group also hails the contribution made by communities such as Crawley, and to highlight the opportunities and challenges faced by the UK’s New Towns.”

The three points raised in the group’s submission to HM Treasury are;

The APPG has published a manifesto to shine the political spotlight on growth opportunities in the UK’s existing New Towns.

The post-war New Towns programme was the most ambitious large-scale town-building programme ever undertaken in the United Kingdom. Between 1946 and 1970, the New Towns Act, and subsequent legislation in Scotland and Northern Ireland, led to the designation of 32 New Towns across the UK. Crawley was designated a New Town on 9th January 1947.

“The New Towns are some of the fastest-growing and most successful communities in the UK and have enormous potential for future growth, but they are also facing significant regeneration challenges and are home to some of the most deprived communities.

“The New Towns’ design and architecture and strong sense of civic pride make them unique and could prove to be catalysts in their renewal. However, as a result of building at speed – and, often under the constraints of the day, using cheap materials – whole estates are now in need of renewal, putting a significant burden on local authorities, while tired-looking buildings affect contemporary perceptions of what were once ambitious schemes.

“There is a significant opportunity to turn the challenges faced by the UK’s New Towns into opportunities, which is why the APPG on New Towns has launched a manifesto and written to the Chancellor today.”