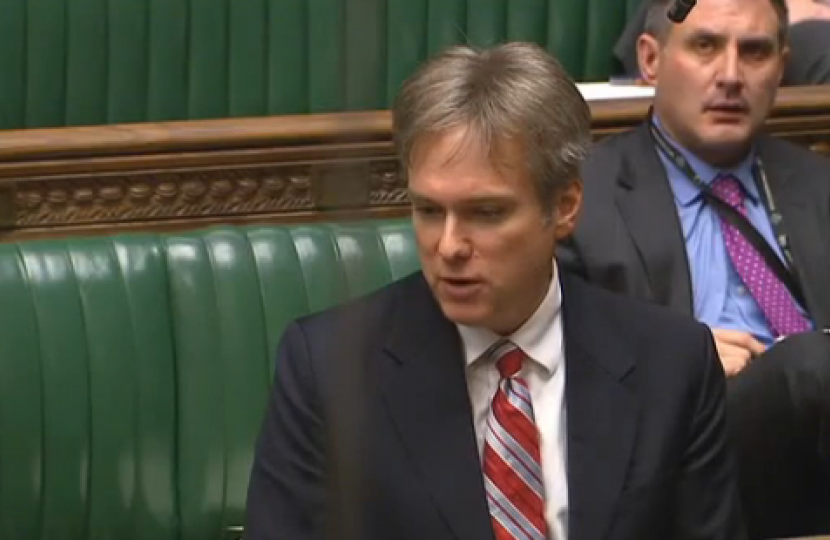 Henry Smith MP has praised the work of the Crawley Town Supporters Alliance (CTSA) in the House of Commons (yesterday, 3rd December).

“I’m grateful to the Sports Minister for joining me in praising the community work of the Crawley Town Supporters Alliance.

“I’m always pleased to support the CTSA, and their work alongside the club’s own Community Foundation has been of great benefit to Crawley.

“These are both organisations I’ve been proud to support individually, and I’ve also seen at first hand the strength of their working together.

“The Crawley Town Supporters Alliance is extremely grateful to Henry for mentioning the CTSA in the House of Commons, referring to the work we do.

“Our volunteers work hard behind the scenes and we are now looking forward to working closely with Crawley Town's Community Foundation to deliver some exciting new projects.

“These projects will be spread over the next 18 months and will include pre-match activities, tournaments next year for all supporters and a cultural event, among others.

“Henry has always been very supportive of our Community work and maybe we will see Henry don his goalkeeping kit again and make an appearance at our tournament next year!"

Henry Smith, Member of Parliament for Crawley, asked the Secretary of State for Culture, Media & Sport;

“What recent discussions he has had with football authorities on the voluntary and community work of supporters associations.”

The Parliamentary Under Secretary of State for Sport, Tourism and Heritage, Tracey Crouch MP, responded;

“Will my hon. Friend join me in paying tribute to Crawley Town Supporters Alliance for its charity work through the Crawley Kicks project for young people, and for raising funds for Chestnut Tree House children’s hospice in Sussex?”

The Parliamentary Under Secretary of State responded;

“I share a TV region with my hon. Friend, so I also follow the ups and downs of his club. It is nice to be able to congratulate Crawley Town Supporters Alliance on their admirable community work. Supporters groups up and down the country make a hugely valuable contribution to their communities, as well as raising funds for their club. Football clubs are stronger when working with, and in the best interests of, their supporters.”