Henry Smith MP: Leave no one behind on International Day of Persons with Disabilities 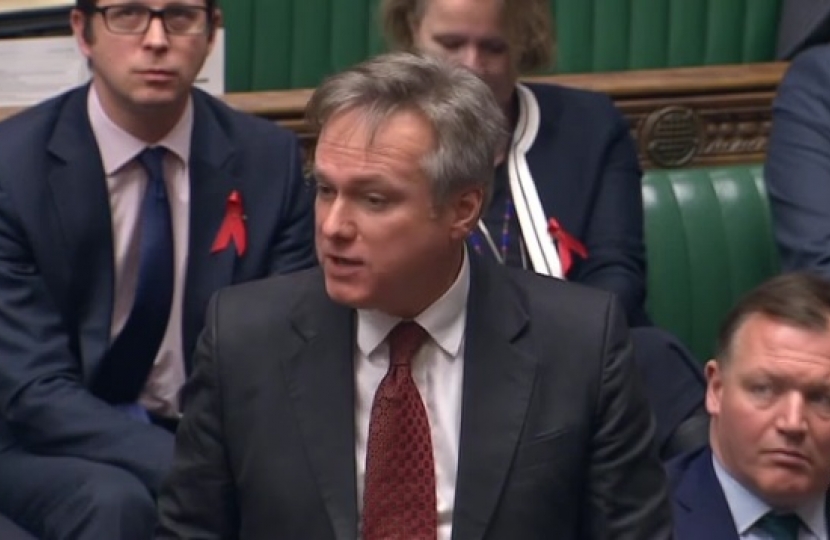 “I was delighted to join Leonard Cheshire Disability to help mark the International Day of Persons with Disabilities. The important research Leonard Cheshire has conducted into girls’ education shows the additional barriers girls with disability face in accessing an education.

“Last Wednesday (29th November) I questioned the new International Development Secretary in the House of Commons over how she is working to ensure disability support in education in developing countries.”

On Thursday (30th November) the International Development Secretary, Rt Hon Penny Mordaunt MP, announced that the UK will bring together global leaders and technology companies next year to tackle the barriers that prevent people living with disabilities in the world’s poorest countries from reaching their full potential. It was confirmed that Britain will co-host the Global Disability Summit in 2018.

The 2030 Agenda for Sustainable Development pledges to “leave no one behind” yet a recent report by Leonard Cheshire and the United Nations Girls Education Initiative (UNGEI) revealed that only 10 per cent of children with disabilities in developing countries go to school.

Girls with disabilities are less likely to enrol in education, and have lower rates of attendance and completion, making disability one of the most prominent factors in educational marginalisation.

For girls with disabilities, the situation is even more challenging; due to gender norms and practices common in many developing countries, they face triple discrimination, on the basis of their poverty, disability and gender.

“Our ultimate goal is a society in which every person is equally valued. Today is an important reminder that whilst progress has been made, there is still so much more to do to ensure that disabled people are not left behind, particularly in ensuring access to inclusive education.”

“I recently visited some schools in Africa where, in classrooms of more than 100 pupils, those with special educational needs, right at the back, had very little chance of accessing education. How will my right hon. Friend the Secretary of State—I congratulate her on her new position—prioritise disability support in education in developing countries?”

“I thank my hon. Friend for raising this subject, which is very close to my heart. He will not have long to wait—perhaps it will be a matter of hours—for my first announcement on how the DFID budget will support disability.”