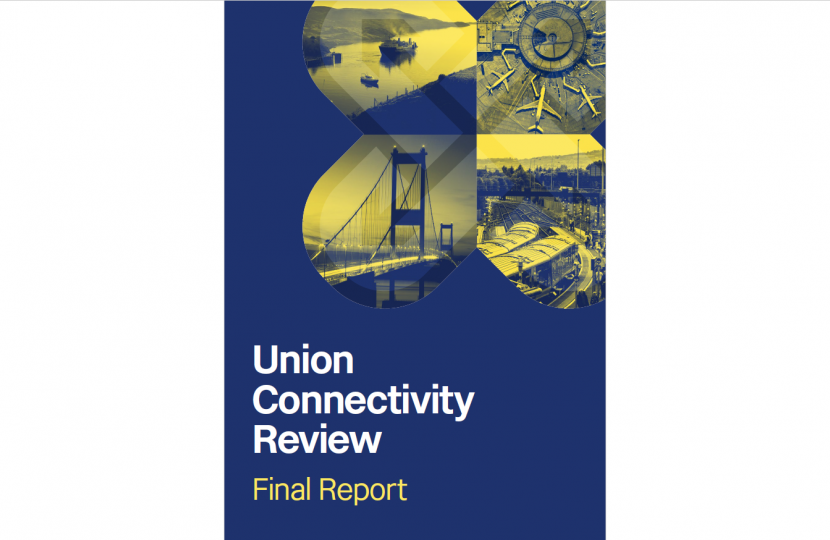 The review – commissioned by the Prime Minister in October 2020 – contains a series of recommendations to improve local and national transport links for people living in Crawley, and across England, Scotland, Wales and Northern Ireland.

Recommendations in the report include a new UK-wide transport network – UKNET – with funding to improve parts of the network that require it the most; improvements to domestic aviation connectivity, and better rail freight connections across the UK.

“Levelling up can only be achieved if we bring every corner of the UK closer together – connecting communities and places that for too long have been left behind and off the transport map.

“We need to build back better in a way that levels up and improves opportunities for people across the country – and this review is a landmark step towards delivering that goal.

“As Gatwick Airport and the Crawley economy recovers from the effects of Covid-19 I also welcome measures to cut Air Passenger Duty which will enhance UK air connectivity. The announcement in the recent Budget of a 50 per cent cut in APD for flights between airports in the UK is welcome and is set to benefit around 9 million passengers in 2023-24.”

Other measures that would boost connectivity within the UK include upgrading the West Coast Main line to cut journey times between Scotland and London, the Midlands and North West England; improving connectivity between North Wales and North West England on the A55, M53 and M56 roads and on the North Wales Coast Main Line; and upgrading the railway on the Northern Ireland corridor.

These recommendations build on the steps the Government is already taking to improve UK-wide transport connections, including an extra £46 billion being invested into rail across the UK, tens of billions to upgrade and improve roads, and a package of Air Passenger Duty reforms that will bolster UK air connectivity and make travel within the UK cheaper through a 50 per cent cut in domestic APD.

The Government has said it will reflect on the conclusions in the review and aim to publish a full response next year.

“If we want to truly level up the country then it’s vital that we improve connectivity between all corners of the UK, making it easier for more people to get to more places more quickly.

“Sir Peter Hendy’s review is an inspiring vision for the future of transport, which we will now consider carefully. Determined to get to work right away, we will set up a strategic UK-wide transport network that can better serve the whole country with stronger sea, rail and road links – not only bringing us closer together but boosting jobs, prosperity and opportunity.”

The Secretary of State for Transport, Grant Shapps, commented;

“Transport is key to binding the family of nations that is the United Kingdom closer together so that prosperity can be shared more evenly. It is not good enough that certain areas of the UK thrive while others fall behind. We must realise our full national potential and that means mobilising the resources and skills of all parts of this country.

“I am indebted to Sir Peter for his work. We will consider his recommendations carefully, engage closely with the devolved administrations, and work collegiately to ensure these proposals strengthen the ties that bind us, now and for the future.”