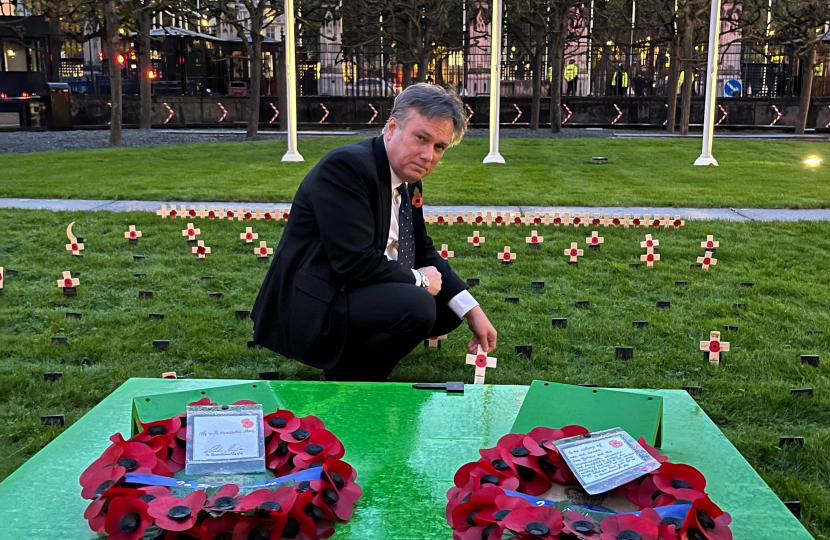 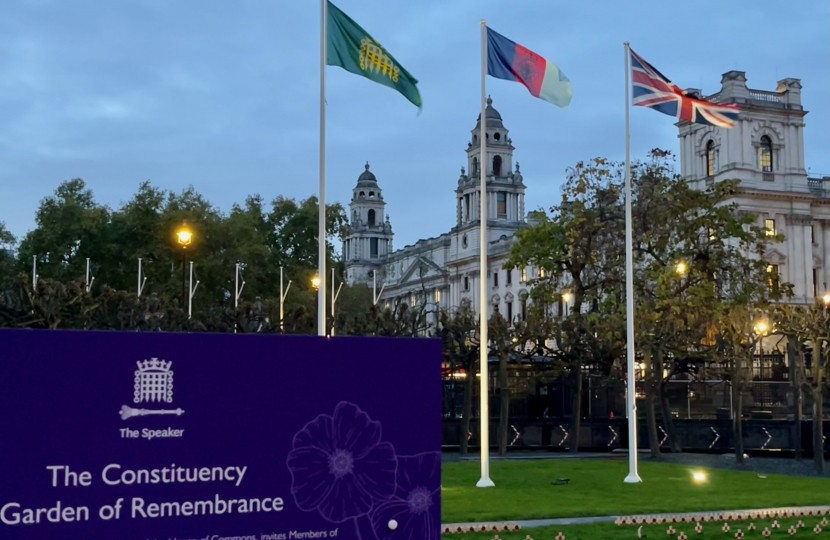 In the week of Armistice Day, Henry Smith MP has planted a wooden cross dedicated to the sacrifices made by members of the Armed Forces from Crawley, in the Constituency Garden of Remembrance in Parliament.

“It was an honour to be able to plant a wooden cross in the Constituency Garden of Remembrance in honour of those members of our Armed Forces from Crawley and the sacrifices they gave for our way of life.

“It’s right and proper that the home of our parliamentary democracy holds a place for all Members of Parliament to come to, plant a wooden stake in memory of those from their local area who served, and quietly reflect on their sacrifices.”

This marks the second year of the Constituency Garden of Remembrance, and was inaugurated by the Speaker of the House of Commons, Sir Lindsay Hoyle MP, in a ceremony on Monday, 7th November.

The Garden is located in New Palace Yard, outside the historic Westminster Hall, in conjunction with the Royal British Legion who continue to provide vital support to serving and ex-serving personnel and their families.

Members of Parliament, ministers and representatives from the Commonwealth and British Overseas Territories will be able to participate in an act of Remembrance which represents their constituency or overseas territory.