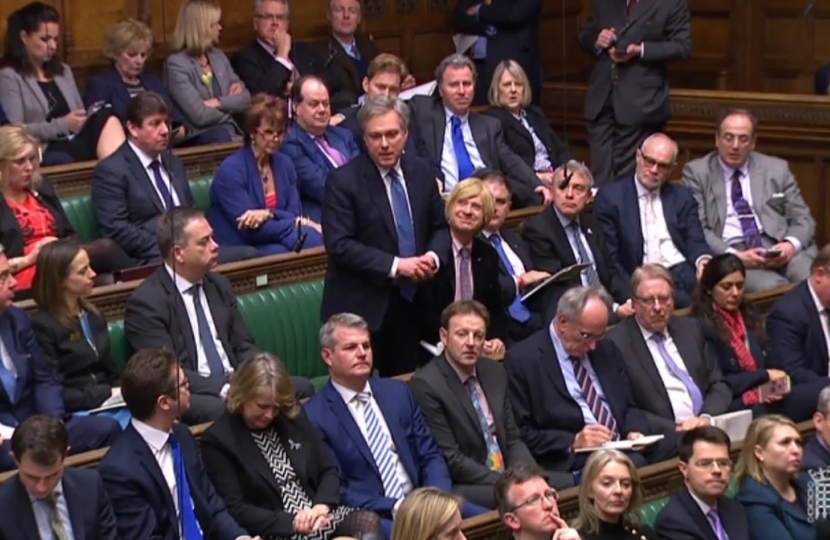 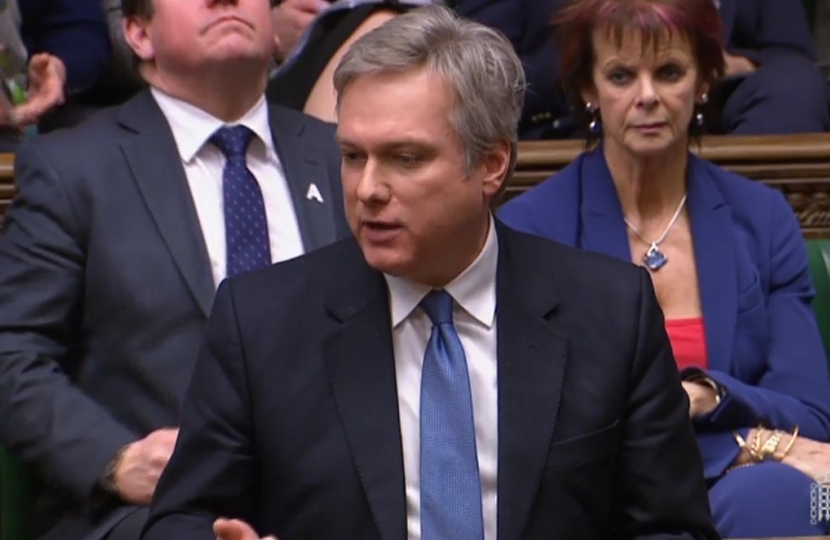 Henry Smith MP has questioned Theresa May at Prime Minister’s Questions in the House of Commons (on Wednesday, 13th February), seeking assurances over the UK’s exit from the European Union on 29th March 2019.

“While I accept the Prime Minister is in the middle of negotiations with the EU so can’t absolutely rule things in or out, I remain concerned of a delay to Brexit through any possible extension of Article 50.

“It’s often said that we need to end the uncertainty over our leaving the EU, however delaying the Brexit process without getting a move on with the negotiations would only heighten uncertainty.

“The people of Crawley and our country have been clear and the Government must ensure this instruction is enacted.”

“Notwithstanding Brussels bar-room chatter, will the Prime Minister rule out a delay to Brexit beyond 29 March and a future customs union arrangement that would prevent us from doing those global trade deals that the Bank of England Governor says could spark a golden age for trade?”

“As my hon. Friend knows, I and the Government have been very clear in our customs proposals that we want an independent trade policy—it is specifically referenced in the political declaration. We believe it is important, and I am pleased to hear what the Governor of the Bank of England has said today about the importance of free trade around the world.

“On my hon. Friend’s first point, I am grateful he has asked me that question, rather than relying on what someone said to someone else, as overheard by someone else, in a bar. It is very clear that the Government’s ​position remains the same: the House voted to trigger article 50; that had a two-year timeline that ends on 29 March; we want to leave with a deal, and that is what we are working for.”