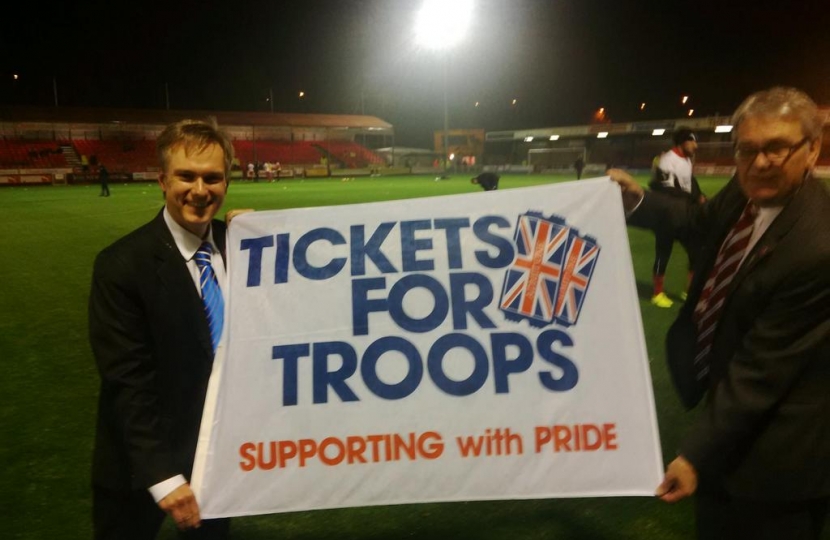 This year saw the second Remembrance Sunday marking the centenary of the First World War.

Each November, it is always moving to see the Field of Remembrance at Westminster Abbey.

It is comprised of over a hundred thousand small wooden crosses, each having a poppy and a personal message written on them. There are also no shortage of people who stop and take their time to look at the display, each with their own thoughts about the horrors of war.

On Thursday, this was officially opened by the Duke of Edinburgh and Prince Harry.

One way in which the House of Commons pays tribute to those who made the ultimate sacrifice during what was known at the time as ‘the Great War’ is to include the names of some of the fallen on the parliamentary Order Paper.

Last Tuesday, 3rd November, the front page read; ‘On 3 November 1915, Lieutenant The Hon. William Lionel Charles Walrond, Rail Transport Officer in the Army Service Corps, Member for the Tiverton Division of Devon, died in Scotland of consumption contracted while on service in France.’

Next year marks the centenary of the Battle of the Somme. On 1st July 2016, a national commemorative event will take place at the Commonwealth War Graves Commission Thiepval Memorial in France.

This commemoration is being organised by the British and French Governments, in partnership with the Commonwealth War Graves Commission and the Royal British Legion.

For information on the event and how to obtain tickets (free of charge), please visit: www.somme2016.org

The Department for Communities & Local Government are laying commemorative paving stones in the birth place of Victoria Cross recipients from the First World War to honour their bravery and sacrifice.

A total of 628 Victoria Crosses were awarded during the First World War; and I understand that 14 of these servicemen have connections with Sussex.

I’m grateful to Crawley Town Football Club, who on behalf of our community, continue to say thank you through their membership of the Tickets for Troops scheme – members of our Armed Forces can obtain free tickets to the club’s home league games.

I’m proud to support Every Man Remembered, a Royal British Legion campaign to maintain the memory of all who fell during the First World War.

I also want to thank the Royal British Legion volunteers who sell poppies so we can wear them with pride.

In recent years there has been increasing debate about wearing poppies in public. If it wasn’t for those who made the ultimate sacrifice, we would not have the freedom to have this debate – nor any other.

To make a donation to the Royal British Legion, please visit: www.britishlegion.org.uk/donate or call 0845 845 1945

We cannot be grateful enough for the sacrifice made by our soldiers for our freedom.

The sacrifice that is made – and continues to be made – to ensure our freedom will never be forgotten.