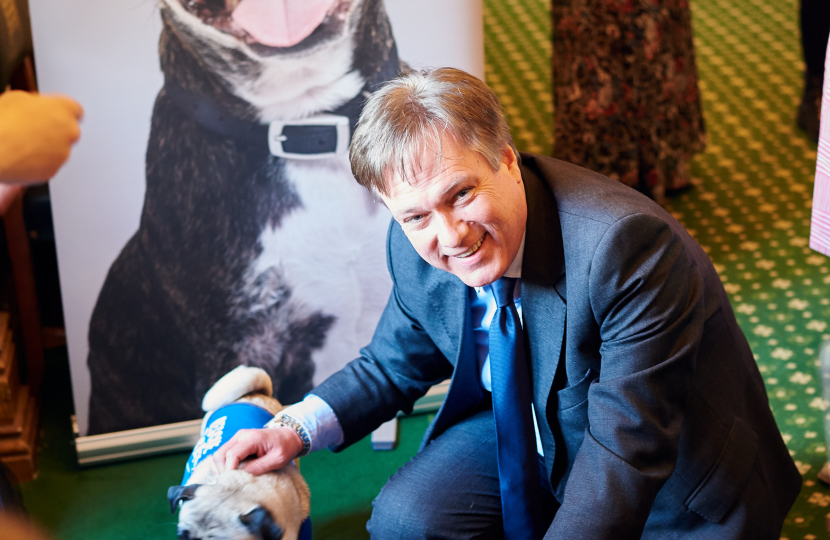 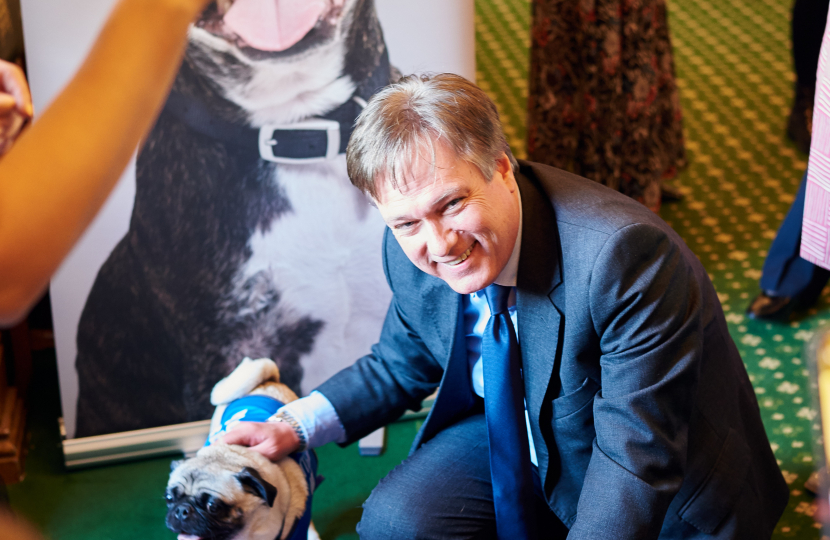 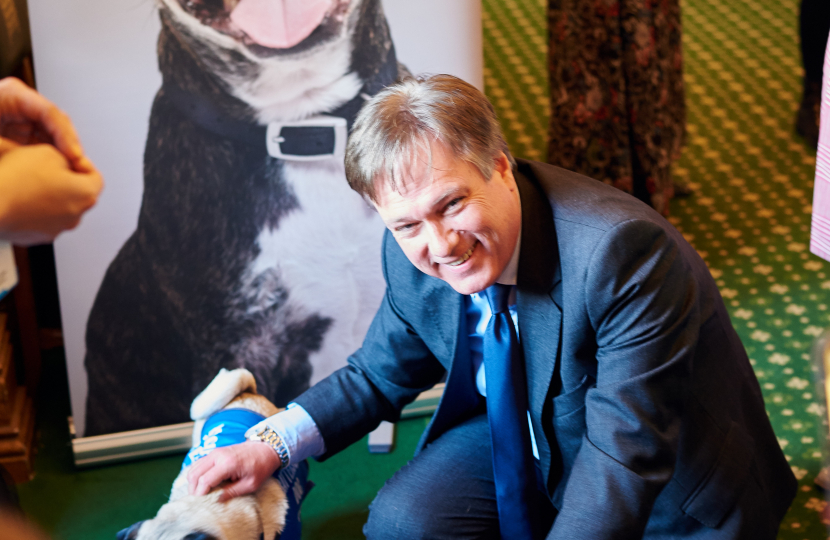 Henry Smith MP proudly showed his support for the animal rescue sector at an event in Parliament hosted by Battersea Dogs and Cats Home.

The event celebrated the vital role rescues play in caring for animals and supporting communities, and Henry was delighted to meet some of Battersea’s furry ex-residents who showed off what amazing pets rescue animals are.

“Rescues do amazing work, helping pets and their owners in difficult situations, and Battersea is a champion for the best of rescue. There’s lots we can do in Parliament to tackle issues encountered by rescues, from cracking down on puppy smuggling, eradicating mutilations and supporting more people to find pet friendly properties, and I’m delighted to pledge my support.”

Animal rescues have had an uncertain few years due to Covid-19 with organisations facing significant financial and welfare pressures. At the event, Henry met with representatives of small rescues from across the country who described how the pandemic had affected their organisations and how proposed future regulation of rescues could affect them.

The Crawley MP also heard about specific challenges such as puppy smuggling and ear cropping, which will be addressed by the Kept Animals Bill. Henry vouched his support to work with Battersea to make sure it completes its urgent passage through Parliament in the coming months.

With the surge in demand for pets since the pandemic began, Henry was also struck by the importance of Battersea’s campaign to promote pet friendly housing. Tragically too often pet owners are forced to give much-loved dogs and cats to rescues due to rental restrictions. Battersea is calling for reform of the rental sector to widen the availability of pet friendly properties and Henry pledged to offer his support to this campaign.

“Thank you to Henry Smith MP for pledging his support for rescues. With new legislation and regulation that impact animal rescues due in Parliament, Henry Smith MP’s support means that together we can fight to promote the welfare of cats and dogs, along with the organisations and communities that protect them.”