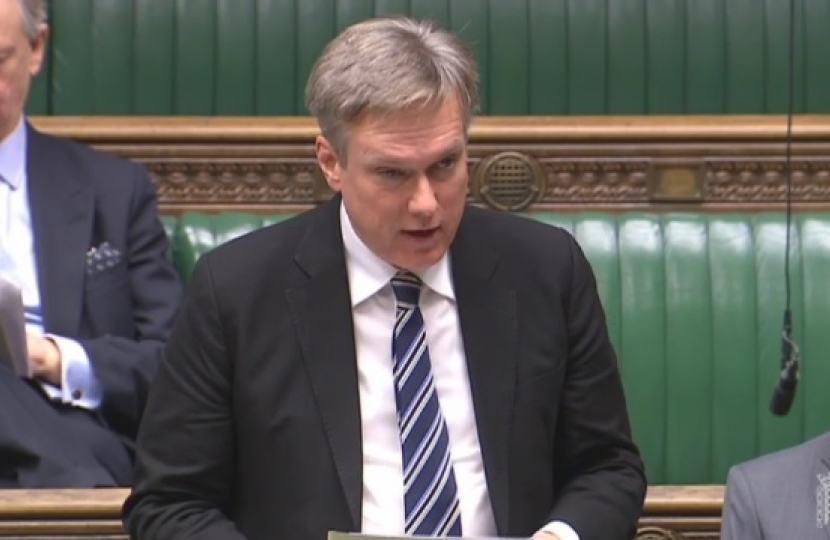 I beg to move,

That leave be given to bring in a Bill to allow persons descended from individuals born in the British Indian Ocean Territory to register as British overseas territories citizens; and for connected purposes.

This Bill will allow individuals descended from the Chagos Islands to register as British citizens in recognition of the fact that their parents and grandparents were forcibly exiled from that UK overseas territory. It seeks to ensure a measure of justice for those who lost their homeland and all it represented in the late 1960s.

The treatment of the Chagossian people has been raised many times in this House and in Westminster Hall, not only by me but by many colleagues on the all-party parliamentary group on the Chagos Islands; it is my privilege to serve as vice-chair. It is important for me to place on record my thanks to colleagues on both sides of the House for their support for the Bill, including those sponsoring the legislation. They represent seven parties in this place. The good wishes of Parliament for the Chagossian people continue not only to hold firm, but to grow in strength.

I am sure that I need not recap the tragic events that have led to this moment, but I believe it necessary in order to put the Bill in context and to grasp the gravity of Chagossian history. It was almost half a century ago that then Prime Minister Harold Wilson gave an Order in Council to remove the inhabitants of the British Indian Ocean Territory so that a UK-US military base could be established on the strategic main island of Diego Garcia. In the years that followed, a community that had lived peacefully found itself exiled and ignored with scant regard for its rights or wellbeing. We cannot change history, but we can support those removed from their homeland and their descendants who are not covered by the existing law and protections that, as Britons, they should enjoy.

The legislation currently assumes that just one generation of Chagossians will be born in exile and, although many members of the community born in exile have received British citizenship, their children have not. As such, when these families have come to the UK, as is their right, their children have been treated as immigrants like any others by the Home Office. Therefore, they are subject to the usual financial costs and administrative implications. At this time, we can ease the burden. We can provide assistance to those whose story is not recognised in the country that removed them from the place—a British territory—that they call home. Of course, had the population not been evicted half a century ago, all born on the islands would already have British citizenship status.

Crawley is home to perhaps the largest Chagossian population in the world, and it is my privilege to stand up for that community in Parliament and locally. Today I ask right hon. and hon. Members to allow this Bill to progress and allow those descended from individuals born in the British Indian Ocean Territory the ability to register as British citizens. The Bill would simplify ​nationality law so that anyone who can prove that they are of Chagossian descent becomes eligible to register as a British overseas territories citizen.

I continue to support the right of return of the Chagossian people. That would likely be a staggered process. I am in no way convinced by the Foreign and Commonwealth Office’s objection to the pilot resettlement. In 2016, the Government announced that, rather than a right of return, there would be a support package of £40 million delivered over a 10-year period to go to the Chagossian community in Crawley, elsewhere in the United Kingdom, and in Mauritius and the Seychelles, where most were exiled to. The Foreign and Commonwealth Office is continuing to engage with local authorities, including my own, with regard to that assistance. There is a real importance to ensuring that that support goes as far as it can and leaves a long-standing mark for the benefit of those who were exiled and their descendants.

This is an issue I have continued to raise on behalf of my constituents. As a result, I have received an apology from the Minister for Europe and the Americas for the UK’s historic treatment of the Chagossian people. I have also welcomed to 10 Downing Street constituents who have organised petitions in support of this community.

It is easy to talk about what happened half a century ago, to speak of a £40 million package, or to talk about justice for the Chagossian community, but behind each of these subjects is the knowledge that we are talking about people, a number of whom are here in Westminster today, and many more will be watching across the country and, indeed, around the world. On previous occasions when this issue has been debated in Parliament, there has been a strong Chagossian contingent watching in the Public Gallery, and I am pleased to see that we are again joined by members of the community. Their dignity and dedication in campaigning to have back what was taken from them is an inspiration. This community is at the forefront of our thoughts today.

I want to praise the Government’s wider work in the field of human rights—in particular, the Foreign and Commonwealth Office’s four main priorities of tackling modern slavery; defending freedom of religion or belief and freedom of expression; ending inequality and discrimination; and promoting democracy. The work of the Foreign and Commonwealth Office, spearheaded by my right hon. Friends the Prime Minister and the Foreign Secretary, is vital and deserves our support. British work on these issues throughout the world—particularly with tomorrow’s launch in Parliament of the 2018 World Watch List in mind—represents what we stand for. I am sure that all in this House would agree with the salience of such values forming a vital part of our foreign policy. However, the treatment of the Chagossian people by successive British Governments remains a shameful aspect of our past and indeed still today in the present.

I mentioned earlier the all-party parliamentary group, of which I am vice-chair. I pay tribute to the group’s chairman, my hon. Friend the Member for Romford (Andrew Rosindell), who has with steadfast vigour stood up for the rights of the Chagossian people. I am not questioning the issue of UK sovereignty over the British Indian Ocean Territory. Indeed, I am grateful to the Foreign Secretary for his continued defence of UK sovereignty over this territory.​

Around the world, our great nation is known for its values, including the traditional sense of British fair play. I am a patriot and I love my country. We do have a proud history and, I believe, a bright future. But our nation’s treatment of the Chagossian people is a blight on our country’s conscience—one that we can start to put right by helping these Britons all to become British overseas territories citizens. I commend the Bill to the House.

Question put and agreed to.

Bill read the First time; to be read a Second time on Friday 16 March and to be printed (Bill 150).