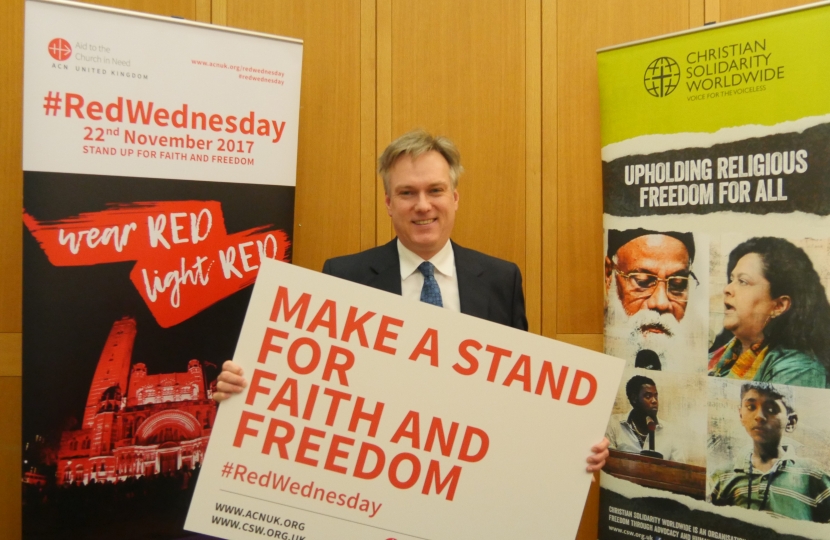 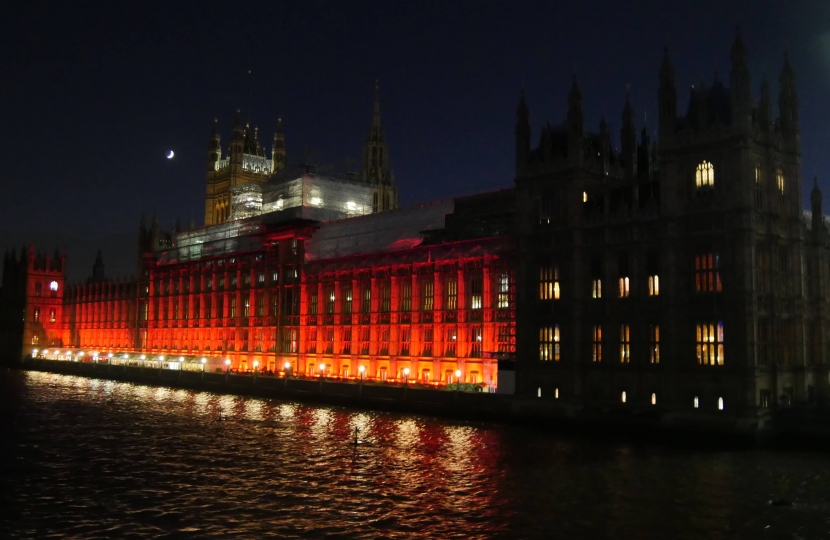 Henry Smith MP reaffirmed his support for the freedom of religion on 22nd November at the Red Wednesday parliamentary event hosted by Aid to the Church in Need (ACN), in partnership with Christian Solidarity Worldwide (CSW), to stand up for faith and freedom around the world.

“I was pleased to attend the Red Wednesday parliamentary event. As buildings throughout the country, including the Houses of Parliament, shine a light on persecution around the world by lighting red, I want to reiterate my support for this important cause and stand up for faith and freedom in Parliament.

“A couple of years ago I visited Kurdistan, which gave me a greater insight into the horrors of Daesh/ISIS and went only to highlight the importance of the freedoms we enjoy in this country.”

For the second year running, the Palace of Westminster floodlit red in support of Red Wednesday, the initiative which calls on people to shine a light on persecution and stand up for faith and freedom.

At the event in Parliament, MPs and Peers heard about the plight of Christians who are persecuted for their faith worldwide and the important role they play in encouraging the Government to promote and protect the freedom of religion or belief globally.

“Surely in this day and age, it is unacceptable that someone should be denied work, housing, liberty – or even lose their life – because of their religious belief? Yet this is what is happening in so many parts of the world.

“So I am delighted that Henry Smith MP has supported our campaign to stand up for the rights of everyone to follow their Faith without coercion or threat of reprisal.”

“We’re excited to partner with our friends at Aid to the Church in Need and to stand in solidarity with the persecuted Church globally on Red Wednesday. It’s more important than ever that our MPs and Peers stand up for faith and freedom.

“To this end, I’m really grateful to Henry Smith MP for supporting our event this year.”