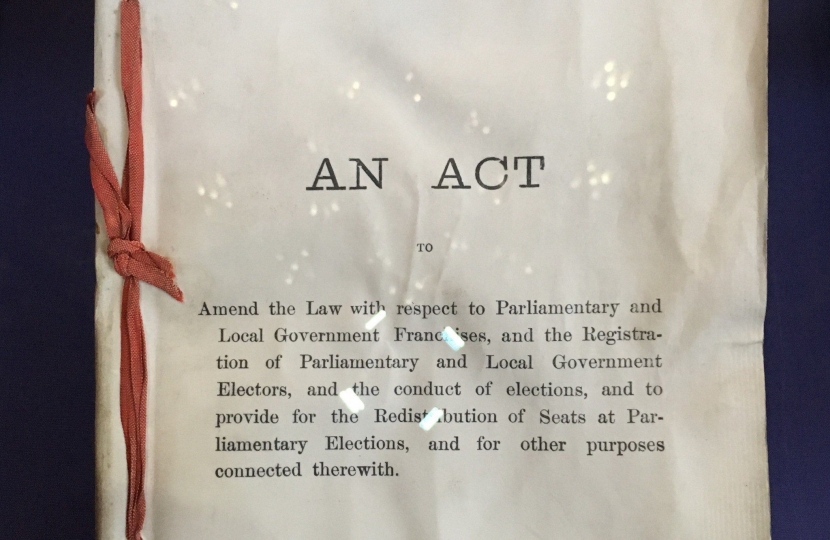 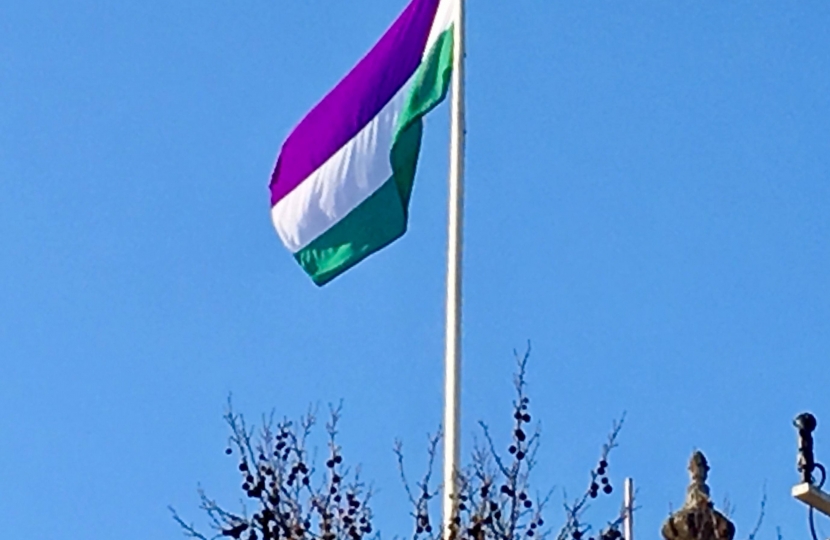 Henry Smith MP is supporting a year-long programme of events organised by the UK Parliament to mark 100 years since the Representation of the People Act 1918, which gave all men and some women the vote for the first time.

Today marks the centenary of this legislation receiving Royal Assent from King George V, which ensured all men over the age of 21 and women over the age of 30 who met a property qualification had the right to vote. Full parity in eligibility to vote would take a further decade.

“The Representation of the People Act 1918 was a vital step towards the rights women have today, and the centenary of the Act is an incredibly important opportunity for us to reflect on how far we have come, thanks to the extreme bravery and sacrifice of the women who fought – and in some cases died – for equality.

“Whether it’s chatting about the issues over a cup of tea, or engaging with one of the many exciting events as part of this year’s UK Parliament Week, there are countless opportunities for schools and community groups across Crawley to get involved in this key anniversary.”

The Vote 100 programme includes a wide range of events and activities commemorating the women and men who fought to achieve electoral equality.

The Representation of the People Act 1918 extended the right to vote to all men over 21 and the first women, making this one of the most important centenaries in British democratic history.

Throughout the year there will be a major exhibition in Parliament – “Voice and Vote” – as well as an exciting programme of talks and tours in Parliament. There will also be a number of UK-wide events, such as EqualiTeas and UK Parliament Week 2018.

Schools and community groups in Crawley are encouraged to get involved in debating and celebrating this important anniversary in our democracy.

The Government have established the Women’s Vote Centenary Grant Scheme of £1.5 million to support projects commemorating this milestone across the country. £60,000 has already been awarded to 35 projects in the first few weeks of the scheme.

The Grant Scheme has two types of funds; approximately 150 Small Grants of between £300 to £2,000 for grassroots projects to run small-scale events and activities, and up to 30 Large Grants of between £2,000 and £125,000 to support initiatives marking this centenary by local and community groups.

“We all know that there’s still more to do, and I urge any groups in Crawley looking to mark the centenary of the first women in the UK gaining the right to vote to apply for funding from the Women’s Vote Centenary Grant Scheme.”