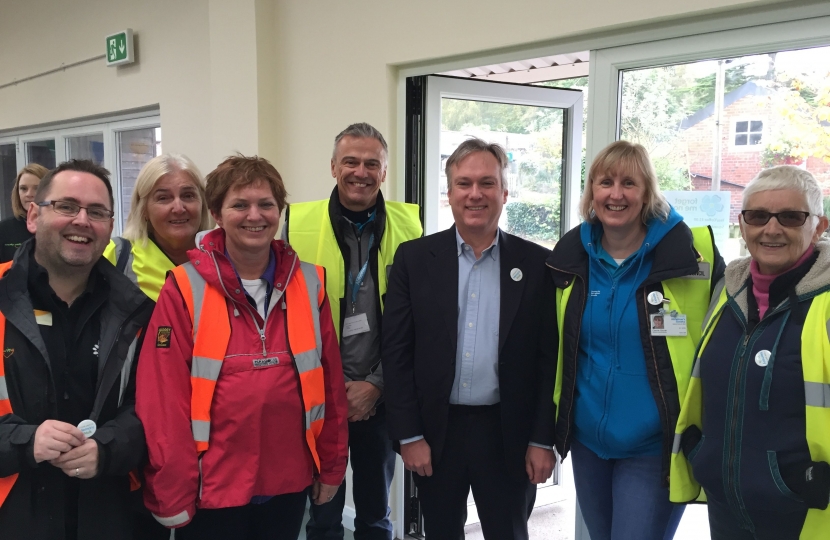 Henry Smith MP has reaffirmed his support for the Alzheimer’s Society by taking part in the Crawley Memory Walk at Tilgate Park (on Friday, 21st October).

“I was pleased to see so many people at Tilgate Park to support the Alzheimer’s Society, and their work for dementia patients and their families.

“There are more than 1,100 people in Crawley living with dementia, and money raised from events such as this goes to helping the Alzheimer’s Society provide further support and fund vital research.

“My thanks to volunteers and the charity’s staff who ensured the event took place so smoothly. I’m also grateful for the continued work of Cllr Brenda Smith as Crawley’s Dementia Ambassador.”

Memory Walks are about encouraging people to walk in memory of a loved one, in celebration of someone affected by dementia, or to create memories while walking to fight dementia.

Figures from the Alzheimer’s Society show that there are 1,134 people living with dementia in Crawley.

Money raised will help fund research to find a cure for dementia, as well as funding services for people living with the condition.

This was one of a range of events taking place on Living Well Day, which was part of Dementia Awareness Week.

Additionally, walking football is now a regular fixture at the Checkatrade.com Stadium, where the Crawley Town Community Foundation run sessions on Friday afternoons.

This is a slow-paced version of the beautiful game, aimed at the over 50s. It is designed to help individuals maintain an active lifestyle as well as support players back into football, where injuries or ill health have prevented participation.

Working in partnership with the Crawley Dementia Alliance, the Crawley Town Community Foundation’s programme encourages older adults to engage in regular activity. It is a non-contact sport; no running, jogging, sprinting or slide tackles are allowed. Sessions take place each Friday at 12.30pm on the 3G pitch next to Redz Bar.