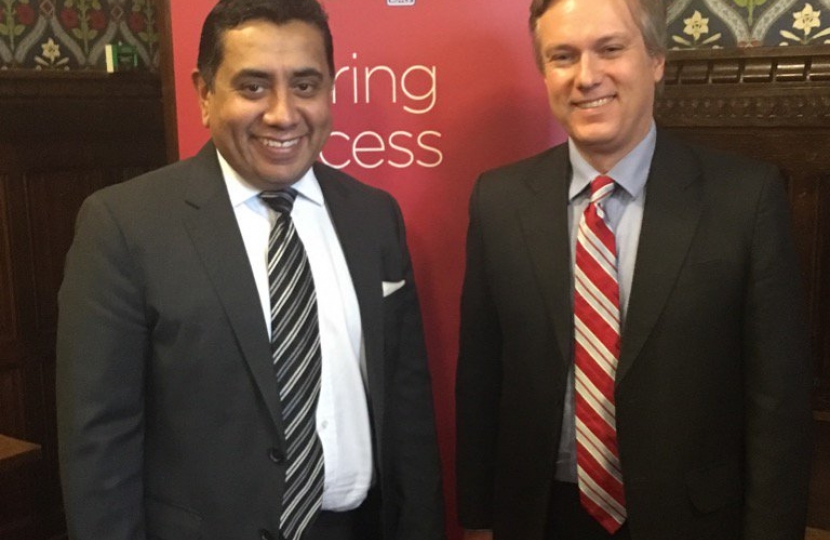 Henry Smith MP has hosted Virgin Atlantic at an event in Parliament (Tuesday, 21st February) marking their investment in new aircraft and apprenticeship programmes which also provided an opportunity to discuss other aviation-related issues as well as the company’s work on sustainability.

In attendance were Members of Parliament as well as the Minister for Aviation, Lord Ahmad, Virgin Atlantic cadet pilots and cabin crew, and apprentices from both Airbus and Rolls-Royce.

“I was pleased to welcome Crawley-based Virgin Atlantic to the House of Commons to celebrate their investment in the Airbus A350-1000, and to learn more about their commitment to a greener fleet.

“Virgin Atlantic are a global company based on our doorstep – I want to see more and more of Crawley’s young people making the most of the jobs and opportunities that such great British firms have to offer.”

The order of new aircraft, powered by Rolls-Royce Trent XWB engines, is part of Virgin Atlantic’s investment in a cleaner and quieter fleet. The aircraft is designed to be 30 per cent more fuel and carbon efficient than the aircraft it replaces in the fleet, and is expected to reduce the airline’s noise footprint at its airports by more than half.

“We were delighted to come to Parliament and showcase our multi-billion pound investment in British manufacturing through our order of 12 Airbus 350-1000s with Rolls Royce engines.

“As a Crawley-based business it was great to have the support of Henry Smith MP for this event, where we were able to highlight how this investment will benefit our customers, the environment, and UK plc.”