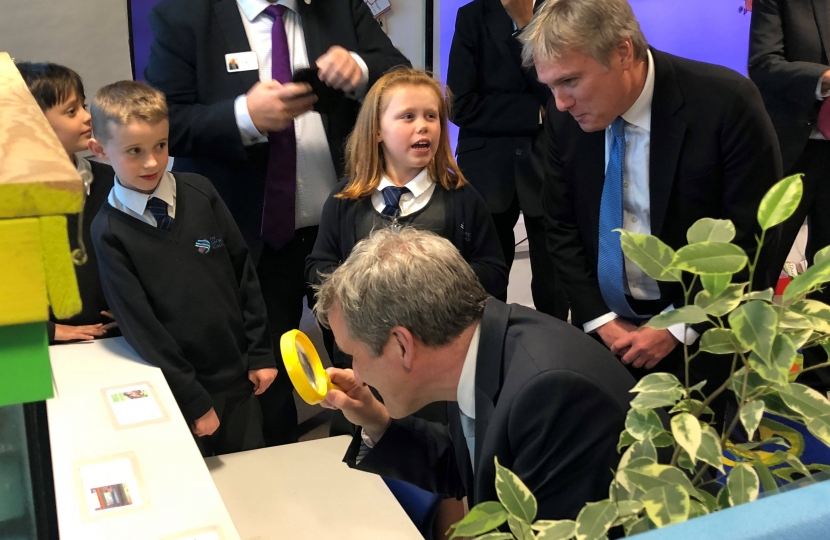 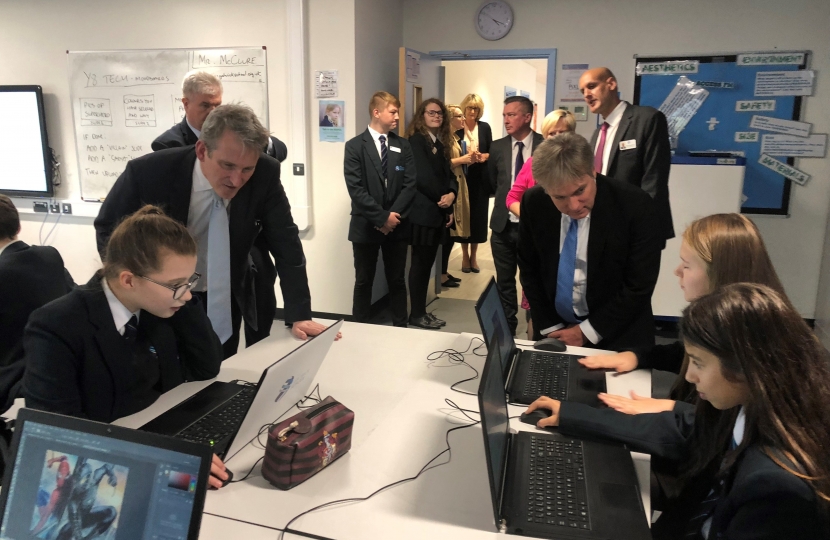 Henry Smith MP has welcomed the Secretary of State for Education, Rt Hon Damian Hinds MP, on a visit to the Gatwick School in Crawley (on Thursday, 18th October) to see the school’s progress since its opening four years ago.

“I was pleased to welcome the Secretary of State for Education on a tour of the Gatwick School.

“He and I were very impressed by the engaging children and staff; this school is rightly popular with local parents.

“One of the concerns raised with me is the need for the school to expand its sports facilities and I urge Crawley Borough Council to allow this addition to the school’s educational offer to move forward.”

The Crawley MP and the Education Secretary went on visits to classrooms which were led by the Student Leadership Team including the Head Girl and Boy from both the primary and secondary phases.

The Gatwick School caters for pupils aged from four to 16 years of age, and started as a free school in 2014 with just 44 children. There are now more than 650 students enrolled.

Henry also used this opportunity to press the Secretary of State on the issue of funding support for local schools.

“Alongside West Sussex MP colleagues I lobbied successfully for a new National Funding Formula (NFF) and an extra £28 million announced for schools in our county goes some way to make funding fairer, with Crawley getting on average an additional 10 per cent.

“However, as a former Chair of the West Sussex Learning Disability Forum and current Vice-President of the British Dyslexia Association, I particularly want to see more special educational needs provision.

“Thanks to the hard work of local students, teachers and other members of school staff, we have seen 37 more schools in West Sussex rated good or outstanding compared with 2010.

“There’s more to do and this is a point I was pleased to raise with the Education Secretary here in Crawley, and I’ll continue to pursue on behalf of Crawley schools, parents and teachers going forward.”