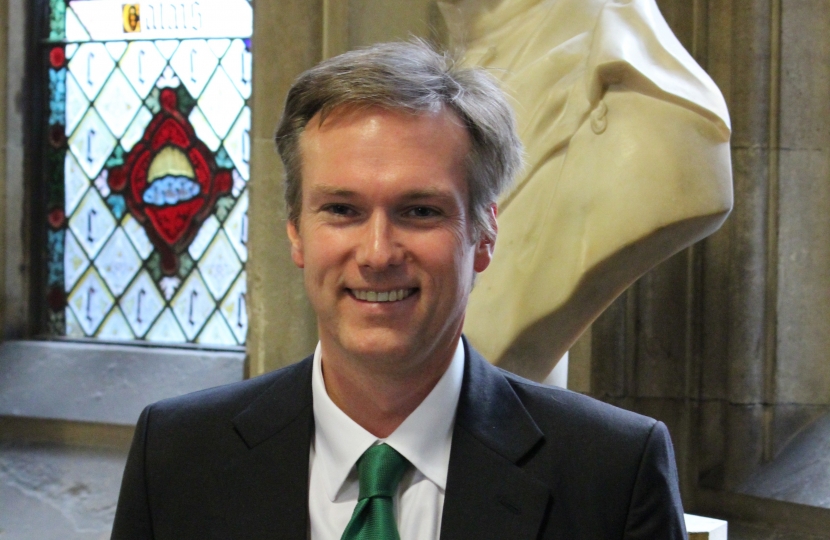 Henry Smith MP has welcomed confirmation from the Environment Secretary that CCTV recording will become mandatory in all slaughterhouses across England next year.

Yesterday’s announcement from the Secretary of State for Environment, Food & Rural Affairs, Rt Hon Michael Gove MP, came after a six week public consultation on the issue which was launched in August. The introduction of CCTV in slaughterhouses will deliver on a Conservative Party pledge made at the General Election earlier in the year, which followed a campaign in Parliament led by the Crawley MP.

“I’ve long-held the view that we need CCTV in slaughterhouses to crack down on the unnecessary mistreatment and suffering of animals and I’m delighted that the call I led in Parliament has now been actioned by the Government.

“As we leave the EU we must continue to use Brexit as an opportunity not possible previously to improve and enhance animal protection. It’s a privilege to co-chair the All-Party Parliamentary Group on Animal Welfare and I’ll continue to make representations in this important area that many Crawley people contact me on.

“This is the latest of the Government’s commitments over animal welfare and protection. Other areas of action include an end to plastic microbeads in personal care products which have caused marine contamination; a ban on the ivory trade; and a ten-fold increase to five years for sentences for animal cruelty.”

Henry has continued to raise this issue with ministers including in the House of Commons, most notably during a parliamentary debate he secured and led in February 2015.

Legislation will be introduced in the new year, to come into force in the spring. All slaughterhouses will be required to comply following an adjustment period of up to six months.

The Department for Environment, Food & Rural Affairs (DEFRA) confirmed that of almost 4,000 respondents, more than 99 per cent were supportive of the plans.

The Government agrees with the overwhelming proportion of those respondents who are in favour of mandatory CCTV to protect animal welfare in slaughterhouses. The proposals will give the Food Standards Agency’s (FSA) Official Veterinarians (OVs) unrestricted access to the last 90 days of footage to help them monitor and enforce animal welfare standards.

Strict FSA processes are in place for the approval of slaughterhouses, and trained vets undertake checks to ensure the welfare of animals is protected throughout their time in the slaughterhouse. If breaches are found, a slaughterhouse can be given a welfare enforcement notice, have its staff’s licences suspended or revoked, or be referred for a criminal investigation.

The Government’s commitment to legislate has been welcomed by groups including the FSA, the RSPCA and the British Veterinary Association.