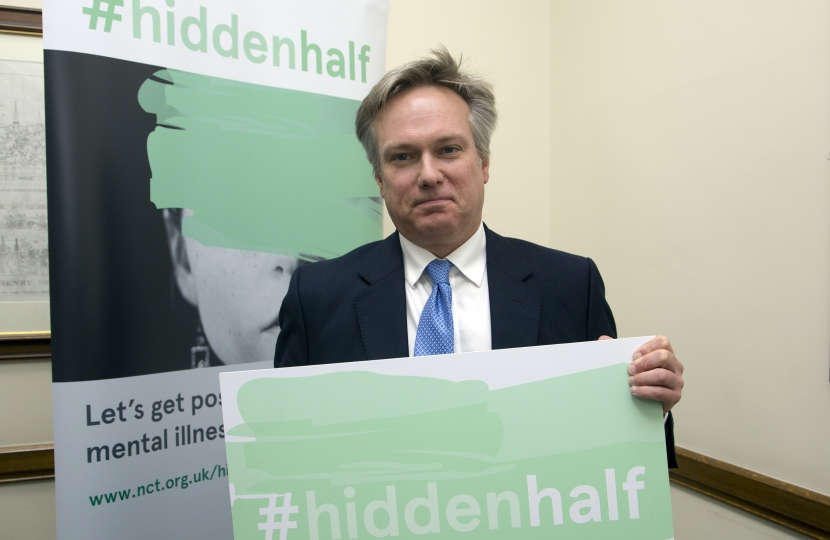 Henry Smith MP has welcomed a funding boost which means that every new mum in Crawley will be able to get a full postnatal check-up after having a baby.

NHS England has announced that all GP practices will get funding so that mothers get a dedicated six week postnatal check-up to discuss their health with a GP or healthcare practitioner. Up until now only the baby check has been funded.

NCT’s #HiddenHalf campaign has called for this funding since its research revealed that nearly half of mothers’ postnatal mental health problems were not being picked up by healthcare professionals.

Mums reported that whilst baby checks were routinely carried out, the maternal check was either not done at all or squeezed in at the end of the baby check appointment, resulting in a rushed conversation. Consequently, mothers reported not feeling comfortable disclosing mental health problems.

“For too long the mental health of mothers after giving birth has been overlooked.

“This is why I’ve been supporting the NCT’s #HiddenHalf campaign for a number of years and it’s right that funding will go to GP practices so that mums get a six week postnatal check-up.

“This support will be so important to new mums and I commend the NCT’s continued campaigning on this issue.”

“It’s fantastic news that NHS England has responded to calls for better postnatal mental health checks. This is a huge step forward and means more new mothers can be supported to talk about their mental health problems and get the help they need.”