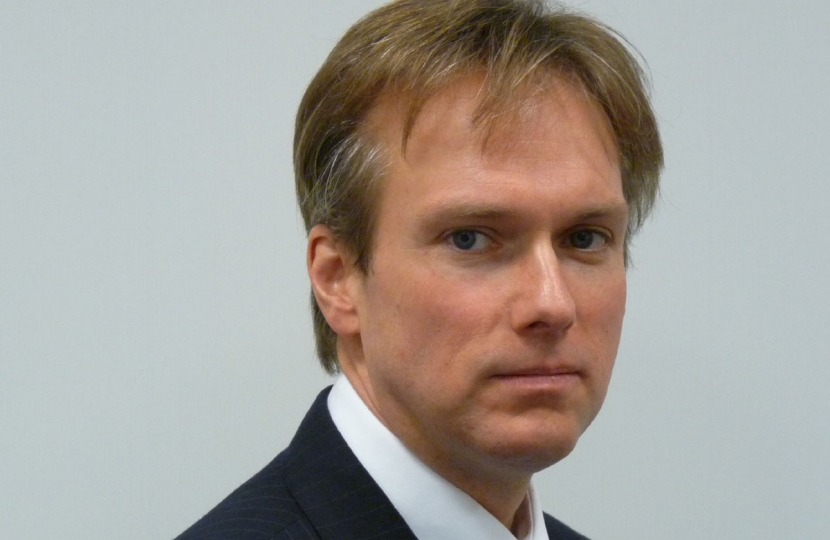 It is absolutely vital that businesses in our country are able to be created, expand and invest in new markets. To ensure this is possible, the Government has taken vital steps to get the banks lending again and cut the huge amount of red tape introduced under the last government.

Last week, it was announced that the Treasury and the Bank of England are making £80 billion available in credit to boost lending to small firms, other employers and individuals.

But the taxpayer will be protected. The collateral pledged by commercial banks will have to be worth more than the Treasury bills being offered by the Bank of England. Therefore, for every £1 of Treasury bills banks borrow, the assets being pledged will have to be worth, for example, £1.10 or £1.20. Thus, if the value of that asset subsequently falls, the Bank of England will not suffer from the top slice of any loss.

The Government is also taking important steps to help the 744, 975 businesses here in the south east by cutting 13 years of red tape that was introduced by the last government.

Firstly, they have introduced a ‘one in, one out’ system to impose a limit on the cost burden placed on businesses, by preventing any Government department introducing new regulation that will impose a direct net cost on business and voluntary organisations unless it can remove or modify existing regulations.

Secondly, the Government has already identified 887 regulations to be scrapped or substantially overhauled through the ‘red tape challenge’.

Thirdly, the Government is scrapping or improving 84% of health and safety regulations, including exempting one million self-employed people from such laws whose work poses no risk of harm to others.

Fourthly, businesses will save £1 billion over the next five years through scrapping or improving 73% of environment regulations.

Finally, The Government has begun a radical package of employment tribunal reforms, which will deliver an estimated £40 million savings per year to employers.

For every single day that Labour was in office, six new regulations were introduced at a cost to the economy of 12% of GDP. This is a shocking figure and therefore I think that it has been essential for this Government to reverse this trend and allowed our local businesses to be able to carry out their business without having to worry about excessive bureaucracy from Whitehall.

These measures are helping the Crawley economy to growth sand with it local employment.