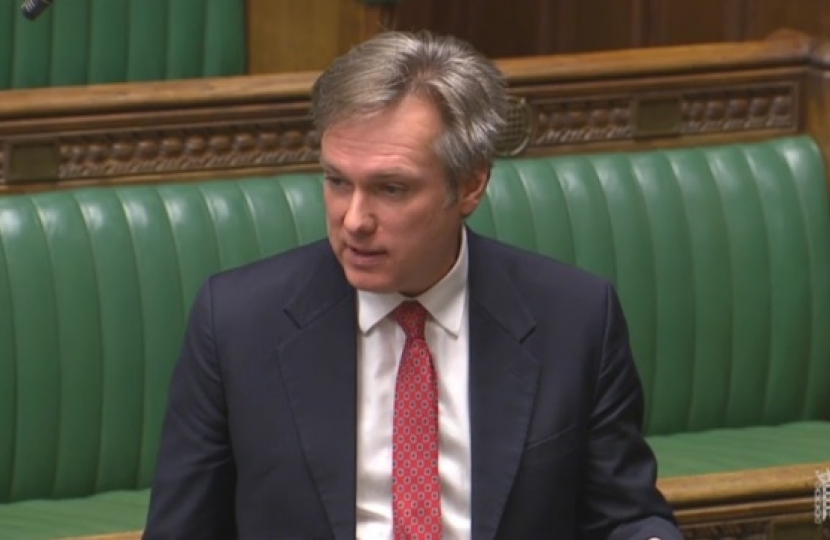 Henry Smith MP has welcomed a new multi-million pound scheme for Govia Thameslink Railway (GTR) passengers to claim compensation for ongoing disruption on the network, as he continues to hold the Department for Transport to account.

Southern passengers are to be repaid the equivalent of a month’s travel for the ongoing disruption. Separately, following October’s announcement that the amount of time a train must be delayed before compensation can be claimed is to be halved, the Government have confirmed that the Delay Repay 15 scheme will commence next week on GTR services.

“While I welcome this morning’s announcement of compensation for Southern passengers, including commuters being able to claim a refund for the equivalent of a month’s travel, I’m well aware that this is a short-term remedy and I continue to make representations both in Parliament and with ministers in private.

“From my own experience and looking at my inbox I know there have been even more problems on the network in the last 24 hours or so.

“I’ve urgently spoken with the Transport Secretary about this week’s issues – the service simply isn’t acceptable and I’ll continue to hold the Government, the operator and the unions to account.

“Next week the RMT and ASLEF will continue their politically motivated strike action.

“Their continuing and opportunistic strike action only makes our journeys and commutes worse. On Tuesday 6th December, the RMT are starting another three day strike. Starting from this date, ASLEF workers won’t be providing overtime cover, as well as going on strike themselves the following week.

“I’ll continue to hold all sides to account, as a commuter myself I know the situation and am often included in the disruption myself.”

Customers claiming against quarterly, monthly or weekly tickets must have bought travel for at least 12 weeks between 24th April 2016 and 31st December 2016 to be eligible.

This compensation measure is a one off payment, and will be in addition to the improved Delay Repay 15 compensation scheme. This measure, which Henry had previously called for, will begin operation on GTR services from 11th December.

Under the new Delay Repay 15 scheme, GTR passengers will be able to claim 25 per cent of the cost of the single fare for delays between 15 and 29 minutes. Previously, compensation could only be claimed following a delay of 30 minutes, an issue Henry had pursued with ministers, and one which was raised at the public meeting in Crawley he organised with representatives from the rail operator in August.

Following the scheme’s commencement on GTR routes (Southern, Thameslink, Gatwick Express and Great Northern), the Government have confirmed that this will subsequently be introduced across the rail network.

The All-Party Party Parliamentary Group on Southern Rail, which comprises of MPs from Sussex, Surrey and south east London are to meet again next week, and continue to represent passengers on this matter.