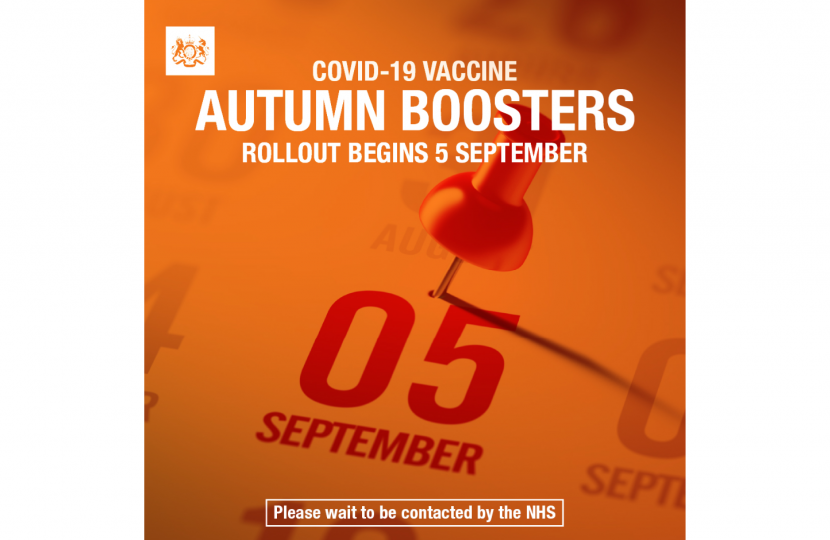 Independent regulator Ofgem’s announcement last week that the energy price cap will rise is a further reminder that these are challenging times with global supply problems caused by Russia’s war against Ukraine and the after effects of the Covid-19 pandemic.

The Chancellor of the Exchequer has been clear that the Government is working hard to develop options for further financial support for households for the incoming Prime Minister to determine.

This will help enable them to take immediate additional actions and ensure support gets to where it is needed the most.

The Government is already delivering the single largest cut to personal taxes in a decade. Last month, the personal threshold for National Insurance tax was brought up to £12,570, up from £9,500. This is a tax cut worth £6 billion to 30 million workers across the country.

The Government would have been right to go further by not going ahead with the rise in National Insurance contributions.

Nevertheless, the scale of this challenge is clear to me and the new Prime Minister must further act accordingly.

Keeping our communities safe is one of the most important tasks for any government.

One of the ways this is undertaken is to ensure support for our police. At the last General Election I was elected on a manifesto to enhance backing for our police officers and this is what I continue to pursue on a local and national level.

Last month Sussex was awarded £1.5 million of new funding from the Government’s Safer Streets Fund; a £50 million package of support to go towards police forces, councils, and community groups to provide extra CCTV and streetlighting, protect women and girls, and tackle neighbourhood crime.

I am grateful for the work of our Sussex Police & Crime Commissioner, Katy Bourne, for her leadership of the two successful funding applications.

These include a range of innovative solutions to tackle anti-social behaviour, with both bids being successful thanks to the effective demonstration of need in areas throughout Sussex and appropriate response to dealing with these issues.

The focus of the bids was to provide dedicated resources to tackle anti-social behaviour and violence, particularly against women and girls.

The bids combine a range of different initiatives, some throughout Sussex and others targeted at local areas in our county.

Crawley will see a programme of work around a safe space in the town and work with the retail sector to discourage anti-social behaviour. Other Crawley initiatives outlined in the bid include a Street Pastor programme and a taxi marshal scheme.

To date, the UK’s Covid-19 vaccination programme has been world-leading and the largest and fastest vaccine drive in the history of our health service.

The next phase is set to commence in the week of Monday 5th September, when NHS staff will start vaccinating care home residents and people who are housebound.

The National Booking Service will open the same week in advance of the wider rollout which is set to start on 12th September. The NHS will invite people who are most susceptible to serious illness from Covid-19, and those aged 75 and over, to book an appointment from that week.

As we are used to seeing in the previous rounds of the vaccine programme, the oldest and most vulnerable people will be called forward first. People will be able to book online or by calling 119 for as long as it has been three months since their last dose.

Included in this booster rollout will be the next generation bivalent vaccine, with the NHS becoming the first healthcare system on the planet to use this. It recently received approval from the Medicines & Healthcare products Regulatory Agency (MHRA) and is so-named because it targets two coronavirus variants: the original virus and the Omicron variant.

The NHS will also be rolling out the flu jab and eligible individuals may be offered the flu and Covid vaccines at the same time, with the doses approved to be co-administered.

Since Margaret Keenan became the first person to get a Covid-19 vaccine in this country in December 2020, millions nationwide including tens of thousands of people in Crawley have done their bit to stop the spread of Covid by getting their jab. It is time to ask for all those eligible to come forward once again and get this vital protection.

Dame Caroline Haslett: This has been a year of milestone anniversaries. Of course, 2022 marks the Platinum Jubilee of HM the Queen, and three quarters of a century ago this year Crawley was officially declared a new town.

What is somewhat lesser known is that there is a significant Crawley connection to a little-known wartime committee, whose report led to a decision in 1947 which we all take for granted to this very day. This link is represented by one woman whose name will be familiar to many in our community: Dame Caroline Haslett, who was born and grew up in Three Bridges.

The work of the Government’s Building for a Better Future committee led to the adoption of a British Standard for electrical installation and components in 1947. This included the three square-pin plug and shuttered safety socket which we use every day of our lives in this country and around the Commonwealth.

Work to highlight Caroline’s lifetime of achievements continues, including a 2018 exhibition at Crawley Library organised by the Three Bridges Forum and the Caroline Haslett Memorial Project.

Caroline was also made a Dame of the British Empire in 1947. Dame Caroline passed away in 1957, after a life and career which made a significant impact in the field of electrical engineering, equality for women, and our local community in Crawley.

The Hunting Trophies (Import Prohibition) Bill which I introduced in Parliament would seek to disincentivise animal cruelty by banning British hunters from bringing their ‘trophies’ of endangered and vulnerable animals into Britain.

The Bill would be the strongest of its kind in the world. In addition to support from Government my legislation is also being backed by a range of wildlife and animal welfare groups, not to mention public figures including Steve Backshall, Damian Aspinall and Dr Jane Goodall.

At the last General Election I stood on a Conservative manifesto which committed to ‘bring the ivory ban into force and extend it to cover other ivory-bearing species, and ban imports from trophy hunting of endangered animals.’

Trophy hunting is frankly barbaric and it is right that a ban has support across the House of Commons.

Raising a glass of Sussex wine: Over the summer and particularly in the hot weather, many of us will enjoy a drink or two during a summer’s evening. With this in mind it is great to know that earlier this year, Sussex wine was designated as a UK Geographical Indication (GI).

The GI will cover Sussex sparkling, still and origin wines, with this status providing a guarantee to consumers that the product they are buying is the real thing and not an imitation.

More police on our streets: New figures show that 269 police officers have been recruited in Sussex as part of the Government’s pledge to put 20,000 more officers on the streets by March 2023.

Since the recruitment drive was launched in 2019, the 43 police forces across England and Wales have seen an additional 13,790 police officers recruited, putting the Government on track to deliver on its promise and fulfil a key manifesto pledge which I stood on at the last General Election.

In the past year, police in England and Wales have removed 16,000 dangerous weapons from our streets through stop and search, disrupted over 600 organised crime groups, and made over 8,000 arrests as a result of a national crackdown on County Lines drug dealing.

The 13,790 extra officers will support the Government’s crackdown on crime, which has seen the launch of the Beating Crime Plan and the passing of the Police, Crime, Sentencing & Courts Act through Parliament.

The Police, Crime, Sentencing & Courts Act gives the police the resources they need to crack down on crime, including additional powers to tackle disruptive protests, increased sentences for the most dangerous offenders, and additional protections for women and girls.