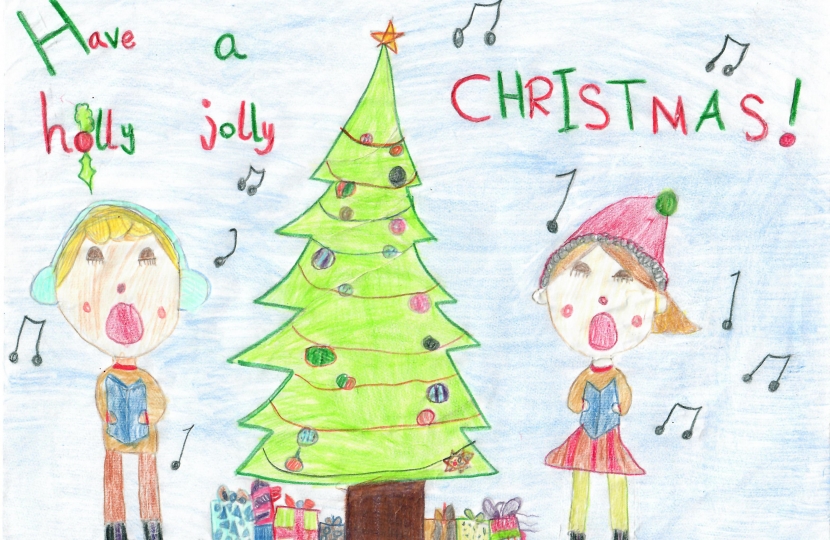 A very Merry Christmas to all in Crawley and beyond. In the run-up to the season I am delighted to announce the winner of my 2019 Christmas card competition as Lucy, aged 6, whose drawing really caught my eye.

A special mention must also go to the two additional runner-up designs which feature inside the card. These were drawn by Florence, aged 3, who painted a winter snow storm, and Morgan, aged 6, who drew a sleighing snowman.

As ever, there were many bright and brilliant entries, and it was difficult to narrow the choices down to one winner to adorn my festive greeting this year. It is always tough to pick the winner and runners-up; my thanks to every single pupil who took the time to create a Christmas design.

Swearing in: An honour to be sworn in to represent Crawley in the 58th Parliament of the United Kingdom.

Letter to the Editors: Wrote to the Editors of the Argus, Crawley News 24 and the Crawley Observer to express my appreciation for being re-elected as local MP.

From improving our infrastructure through expansion of superfast broadband, recruiting more police officers and supporting the wealth creators and our employers, there is much to do as we head towards the new decade. These will be just some of the topics I will focus on in the weeks, months and years ahead.

The following day, I spoke in the EU (Withdrawal Agreement) Bill debate, reiterating that the vote of the British people in 2016 must be carried out.

The People's Government will deliver for workers: The number of people in Crawley claiming key out-of-work benefits has fallen by more than 840 since 2010.

A time for reflection: Christmas is a time to be thankful for what we have and to remember those no longer with us.

My best wishes to all in Crawley this Christmas.