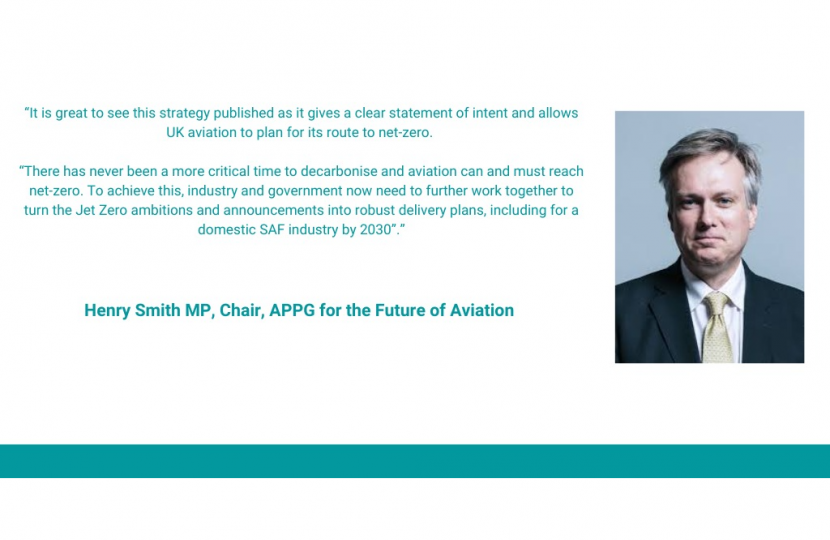 A new Prime Minister in September and cutting taxes now

Boris Johnson stands down as Prime Minister having got the major policy decisions of his premiership right, despite personal errors.

As a result of his leadership, the 2016 decision of Crawley and UK-wide voters to leave the EU could finally be enacted, following years of those on the opposition benches seeking to overturn this democratic vote.

In recent years the world-leading Covid-19 vaccination programme, the historic COP26 international climate summit in Glasgow, and UK leadership at the forefront of supporting Ukraine, will be remembered for some time to come as the right action to take.

The focus must continue to be on the UK’s work to address cost of living pressures which are being felt around the world, and countering Russia’s illegal war in Ukraine.

The work of Parliament goes on while the focus of the national media remains across the road in Downing Street. In addition to raising questions in Parliament I was also grateful for the opportunity this month to meet Crawley’s Alliance for Better Care staff at the NHS Parliamentary Awards in Westminster. I thanked them for their work ensuring our community is vaccinated against Covid-19, and offered my congratulations on their being named a Regional Winner in the category of Health Equalities.

This month saw the introduction of the single largest cut to personal taxes in a decade. The Government has increased the personal threshold for National Insurance to £12,570, from £9,500. This is a tax cut worth £6 billion to 30 million workers across the country.

Unemployment is at its lowest level since 1974 and there are record numbers of people on company payrolls – but global pressures are pushing up household costs, so it is right to help hard-working people keep more of the money they earn.

This rise in the National Insurance threshold will benefit 30 million workers and will be a huge help for household budgets across Crawley.

The Department for Education have confirmed that funding for schools in Crawley is set to increase in 2023-24 by 4.5 per cent to almost £100 million. Overall, the Government is increasing core schools funding by £1.5 billion in 2023-24, building on the £4 billion increase already provided this year.

All of our young people should be able to receive a top-quality education, wherever they grow up in our country, and an important part of this is ensuring that our schools are given such financial support.

This funding boost for Crawley schools will give them vital resources to raise attainment, provide the right support to all pupils and students, increase teacher pay, and continue to address the challenges of pandemic response and recovery.

Through the National Funding Formula the average Crawley school’s pupil-led per pupil funding will increase by 3 per cent in 2023-24.

The Government have confirmed that overall high needs funding – support for children with the most severe special educational needs and disabilities – is increasing by a further £570 million (6.3 per cent) in 2023-24 – on top of the £2.6 billion increase over the last three years.

Support for Ukraine: We can be proud, without an ounce of complacency, that the UK is standing squarely with Ukraine and its people.

In Parliament this month I paid tribute to UK defence employers including Crawley-based Thales UK for their innovation in keeping our country and our allies supplied.

The Defence Secretary recently met with the UK defence sector in Downing Street, including Thales UK, to discuss ways to boost production as a result of increased demand.

At the NATO summit in Madrid in June the Prime Minister confirmed a further £1 billion of UK military support to Ukraine, almost doubling our military assistance.

The UK is leading the way in providing vital assistance to Ukraine. Total UK military support since the outbreak of war is now £2.3 billion; more than any country apart from the United States.

This support will go towards sophisticated air defence systems, uncrewed aerial vehicles, new electronic warfare equipment and thousands of pieces of vital kit. It marks the first step in helping Ukraine not only defend their homeland but to also use offensive weapons to drive out the illegal invasion.

The UK is also working with Ukraine to deliver a new training programme to the Ukrainian Armed Forces. This has the potential to train up to 10,000 soldiers every 120 days using battle-proven British Army expertise. This initiative will build on the success of the long-standing Operation Orbital which trained more than 22,000 Ukrainian personnel from 2015.

The UK is already the leading European spender on defence this year at 2.3 per cent of GDP; well above the NATO target of two per cent. The Government is calling on Britain’s allies to increase their own defence spending.

The need to ensure Russia does not succeed in Ukraine is not only incumbent on the Ukrainian people, but is clear to us in Britain and throughout the world. We know from Putin’s behaviour over the course of his two decades in power that if he is allowed to succeed in, or even escape punishment from, his evil actions against Ukraine then this frontier will not be where he stops. His barbarism will bring further disruption and devastation to us all, with even greater hunger in developing nations and higher prices for us in the west.

Putin must fail. Ukraine must win.

Helping the NHS bounce back from the effects of the pandemic: While the NHS is being backed by record levels of funding it is clear that there is still much to do to address the backlogs in services which have been caused by the devastating effects of Covid.

The recently-published plan for digital health and social care sets out a blueprint to help address NHS waiting times which have affected Crawley families. By accelerating the use of digital technology across the health service and throughout social care to improve efficiency and free up frontline workers’ time, the Covid backlog is being addressed.

Through increasing the availability of remote monitoring, a further half a million people will be better supported by March of next year. More than 280,000 people have already used remote monitoring at home and in care homes for long-term conditions in the last year; freeing up hospital beds.

The Department of Health & Social Care has stated that this has led to patient outcome improvements with problems picked up earlier, shorter stays in hospital, and fewer admissions to start with.

The Government has earmarked £2 billion from the Spending Review to help digitise the NHS and social care sector. Through rolling out electronic patient records in the NHS, for example, improvements in efficiency will be made which will release billions of pounds back to the frontline NHS.

The plan also goes to help health and care professionals through measures including development of a national digital workforce strategy, creating over 10,000 additional roles by growing the specialist data and tech workforce, and embedding digital skills development into university curriculums to support our future and incoming staff.

The Government have been clear that digital is not – and rightly will not – be the only means of access to care. Indeed, ministers are putting in place support to increase the number of face-to-face GP appointments and help tackle underperformance.

Upgrades to telephone systems are also being backed so patients can quickly and easily speak to GP staff.

I am also very much aware of the importance of addressing the backlog in cancer provision. In Parliament this month I highlighted the work of Crawley-based Elekta oncology and received assurances from the Business Minister over Government support for research and development to support such innovation.

I am also a Vice Chair of the Radiotherapy All-Party Parliamentary Group and I am putting together an approach to the new Health & Social Care Secretary highlighting how radiotherapy can further help us address the cancer services backlog.

A new way forward for the rail industry: Changes to how the railway operates will mean a better service. It would ensure fewer delays, and a quicker resolution on occasions where there is disruption. It would also improve safety, particularly for trackside workers.

More than £16 billion of taxpayers’ funding has gone towards rail services since the start of the pandemic, to ensure that those who cannot work remotely can get where they need to be, including for shifts in hospital and care settings. This figure is equivalent to nearly £600 per household and around £160,000 for every rail worker, however such a sum cannot be bankrolled forever.

Polling has found that 94 per cent of rail commuters who are able to work from home will continue to do so for some of the time, with only 6 per cent commuting five days a week.

Further strike action will only see a greater decline in passenger numbers and therefore revenue, which will ultimately have a negative effect on the service provided. What needs to happen is for all who take pride in the railway to come together and agree a new way forward.

Jet Zero: As many people’s thoughts turn to perhaps flying somewhere for a week or so holiday, it is worth remembering that an increase in international travel provides a welcome boost for the Crawley and Gatwick economy and the people who work in it.

We know the impact that air travel can have on our environment which is why I have continued to lobby Government for greater support for the aviation industry to reach Jet Zero: the commitment for UK domestic aviation to achieve net zero emissions by 2040, and for all airports in England to be zero-emission by this point.

The Jet Zero strategy has now been published and seeks to improve our aviation system’s efficiency. Fuel efficiency will be improved by 2 per cent every year, and Government is providing some £3.7 million in 2022-23 to help airports modernise their airspace.

This is not only going to set the course for reaching net zero but will boost us into the direction we want to be heading.

Government will increase support for sustainable aviation fuels (SAF) by creating a secure and growing UK SAF demand through a SAF mandate. This will require at least 10 per cent of jet fuel to be made from sustainable sources by 2030, boosting a domestic SAF industry supported by the new £165 million Advanced Fuels Fund.

Ahead of the release of the strategy, as Chair of the Future of Aviation All-Party Parliamentary Group I co-ordinated an open letter to the Prime Minister calling for swifter action on the development of SAF. We now need to see Government and industry working even closer on this issue as part of the commitment to Jet Zero.

The programme will provide the funding to transform 500 schools across England, delivering on the Government’s commitment to level up opportunity around the country by giving every child access to the best classrooms, wherever they go to school.

The School Rebuilding Programme is backed by £1 billion of Government funding; helping to rebuild and refurbish primary, secondary, and specialist schools, in addition to sixth form colleges around England.

ASB Awareness Week: Supporting Anti-Social Behaviour Awareness Week, which aims to encourage communities to take a stand against ASB and highlight the actions that can be taken by those experiencing it.

Pensions auto-enrolment: Asked the Pensions Minister about Government action which has led to over 35,000 people in Crawley now being enrolled in a workplace pension, and paid tribute to Manor Royal-based B&CE The People’s Pension for their work in securing this achievement.