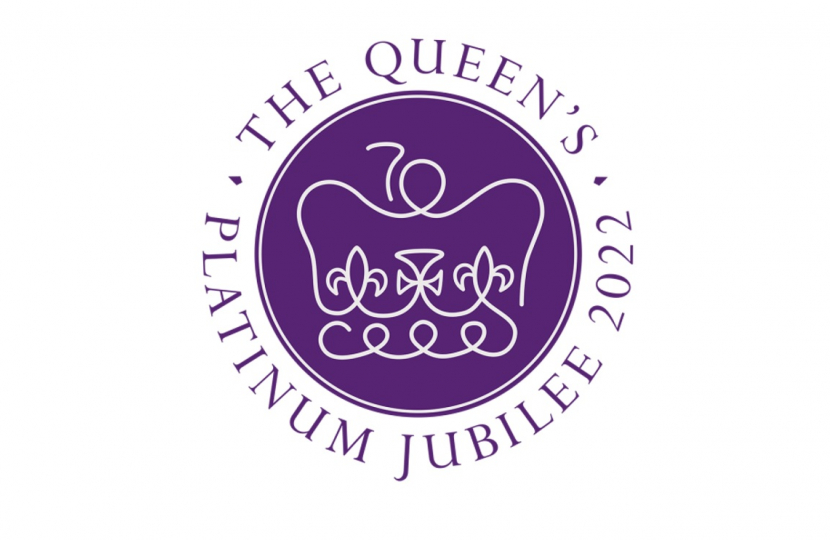 A long holiday weekend with celebrations locally and around the United Kingdom to mark Her Majesty the Queen’s 70 years on the throne is a fitting way to commemorate the Platinum Jubilee.

The Queen has visited Crawley many times during her reign and indeed before her ascension in 1952.

In 1958, a decade after the designation of Crawley as a post-war new town, Her Majesty visited to open Gatwick Airport officially, and to also open Queen’s Square and plant a tree to mark the occasion.

Almost half a century later in 2006, I had the honour of meeting the Queen at the opening of the new Thomas Bennett Community College.

When walking through Three Bridges Station it has been interesting to see the display about the Queen’s association with our town.

Indeed, throughout Crawley the Platinum Jubilee is being commemorated. I was delighted to be asked by Crawley Hospital League of Friends to plant their Queen’s Platinum Jubilee Burgundy Cherry Tree. It was great to be part of a lasting local tribute to the Queen’s reign.

A hawthorn tree in Tilgate has been dedicated to the Queen’s Green Canopy, which sees the identification of 70 ancient trees in addition to a tree planting initiative. Believed to be more than 200 years old, the tree is one of only two in West Sussex to be selected for inclusion.

Events over the bank holiday include the lighting of the Jubilee Beacon at Tilgate Park on 2nd June, with the long weekend culminating in the Big Jubilee Lunch in the Memorial Gardens on 5th June.

The week will also see the Queen’s Platinum Jubilee exhibition launch at Crawley Museum. The exhibition will be open until 30th July, and will include items from the Queen’s visits to our town, in addition to looking back to other royal celebrations going as far back as Queen Victoria.

The national celebrations will see events taking place outside Buckingham Palace throughout the holiday weekend. It is right that included in the audience will be 7,500 tickets allocated for key workers, members of our Armed Forces, volunteers and charities.

MPs and Peers will present to the Queen a gift of a pair of unique bronze sculptures featuring the heraldic beasts of the United Kingdom, which will also serve as illuminated beacons symbolising the guiding light which the Queen has provided to the nation and to Parliament.

The gift has been funded by personal donations from parliamentarians with no expense to the taxpayer, and everyone will be able to view the gift in the Palace of Westminster.

The Platinum Jubilee is a time for our nation to come together. God Save the Queen!

Support for Crawley households: The issue of rising costs on family budgets is something which is affecting all of us. Taken together, the pressures caused by global events including the rise in wholesale gas prices, Vladimir Putin’s invasion of Ukraine and the Covid-19 pandemic have unavoidably caused a strain on the cost of living.

Action is being taken to help and this is reaching households in Crawley. My thanks to Crawley local authority staff who have been working hard to ensure the council tax rebates of £150 for homes in bands A to D are being processed and this support being delivered.

This Government assistance covers 80 per cent of households in England, with local authorities being provided over £140 million to support those not falling into this category. If this applies to you please contact Crawley Borough Council to see what support you may be able to receive.

The council tax rebate and the discretionary funding are in addition to the £200 ‘smoothing’ rebate on energy bills for all households in Great Britain, which is to be paid back over the next five years.

At the start of last month the National Living Wage was increased by more than 6 per cent, rising to £9.50 an hour. This works out as an extra £1,000 a year for a full-time worker.

National Insurance is also going to be reduced, with a £6 billion tax cut for 30 million working people from July. This is worth more than £330 a year, marking the largest increase in a starting personal tax threshold in British history, and the largest single personal tax cut in a decade.

The Chancellor would have been right to go further by not going ahead with the rise in National Insurance contributions, however it remains the case that 70 per cent of people will pay less tax even after this.

Further support being provided includes the doubling of the Household Support Fund to £1 billion. The Warm Homes Discount is also being increased and eligibility extended by a third to 3 million vulnerable households.

It is also right to see how we can secure greater opportunities for local people going forward.

The financial support can go on projects including free tutoring, digital training and flexible educational courses, as well as measures to get more young people into high-skilled jobs.

Last December I was pleased to welcome the Department for Education confirm £10 million of investment for a new Institute of Technology on the Crawley College campus.

Institutes of Technology are special collaborations between employers, colleges and universities, delivering the skilled workforce businesses need and getting more people into jobs closer to home.

This facility will be for people in Crawley and throughout the south east of England to train for technical careers, as part of the Government’s work to address skills gaps, with our community at its heart.

It was fascinating to learn more about the charity’s All Things Equal campaign, and I was grateful for the opportunity to hear young people and their families discuss the challenges they face in the education system. I also could not resist saying hello to Kelsey the guide dog.

Education is so important for our children and it is vital we work to improve academic attainment for young people with vision impairment.

Greater support in the education system for people with sight loss will lead to enhancing the life chances of more and more young people.

I have been liaising with Guide Dogs over transport provision in Crawley. I was glad to receive confirmation from Network Rail that all train stations in Sussex will shortly have tactile surfaces fitted on their platforms.

It was additionally insightful to find out more about the Braille Bricks programme; a partnership between the RNIB and Lego which helps young people with vision impairment learn Braille.

State Opening of Parliament: The Energy Security Bill will help to build a more secure, homegrown energy system which is not only cleaner but more affordable as well.

It will accelerate the transition to more secure, affordable and cleaner homegrown energy supplies, in addition to encouraging creation of tens of thousands of high-skill, high-paid jobs. Our country’s energy security will be strengthened through supporting a low-carbon energy system and reducing our dependence on gas in the long term.

A new Public Order Bill will support the police in making our streets safer by preventing a minority of protesters using tactics which cause misery to the public, disrupt businesses, and interfere with the vital work of our emergency services. This legislation will introduce new criminal offences of locking-on and going equipped to lock-on. This will criminalise the tactic used by some of intentionally attaching themselves to other people, objects or buildings to cause disruption.

The Nationality & Borders Act, which recently became law, will break up the business model of people-smuggling networks and speed up removal of those with no right to be in this country.

The new Bill of Rights seeks to address the issue of foreign criminals evading deportation. The situation where the human rights of offenders are given greater weight than the safety and security of the public needs to be rectified.

The Levelling Up & Regeneration Bill will deliver planning reforms, regenerate towns and cities, and shift power and accountability to local leaders giving communities a louder voice. I continue to reiterate my opposition to Homes England proposals to build some 10,000 housing units to the west of Ifield; a process which is not allowing Crawley residents a great enough say. This is an issue I will be seeking further clarification from ministers on over how the concerns of local communities are given a greater voice.

Another area I will be following up on with Government is animal welfare. Legislation has been carried over from the previous parliamentary session that will strengthen animal welfare by banning live animal exports and tackling puppy smuggling. These are issues I have campaigned on previously, however there remains more to do and I will be urging ministers to go even further.

The 2021-22 parliamentary session closed with more progress made on the Government’s commitment to make the most of our Brexit freedoms and create a stronger Britain with more opportunities for all.

Ten new landmark Acts from the Government have been passed since May 2021, including legislation to help the NHS provide world class care, take back control of our borders, strengthen our democracy, and provide people with the skills they need to get on in life.

Supporting our police: Newly released figures show that 257 police officers have been recruited in Sussex as part of the Government’s pledge to put 20,000 more officers on the streets by March 2023.

The extra officers will support the Government’s crack down on crime, which has seen the launch of the Beating Crime Plan and the passing of the Police, Crime, Sentencing & Courts Act.

This builds on the action already taken by Government over the last two years including boosting police funding to a record £15.8 billion and delivering £70 million through the Safer Streets Fund to make neighbourhoods secure.

Pension Credit: Welcoming a new campaign from the Government to boost the take up of Pension Credit in Crawley, giving more people the security of savings in later life.

There are already around 1,777 claimants in Crawley, but more people are eligible for an average of £3,300 a year in extra support. Nationwide, the Government has driven take-up of Pension Credit to the highest level since 2010 but now wants to reach the 850,000 people who could still benefit but have not yet applied.

Defending democracy: Asked the Foreign, Commonwealth & Development Office about the Prime Minister’s discussions on the defence of democracy against authoritarian threats.

Chagos support: Questioning Government about how it can continue to support the Chagossian community in Crawley.

Battersea: Supporting the famous Battersea Dogs and Cats Home at an event in Parliament.

Rescues do amazing work, helping pets and their owners in difficult situations, and Battersea is a champion for the best of rescue. There is lots to do in Parliament to tackle issues encountered by rescues, from cracking down on puppy smuggling, eradicating mutilations and supporting more people to find pet friendly properties.