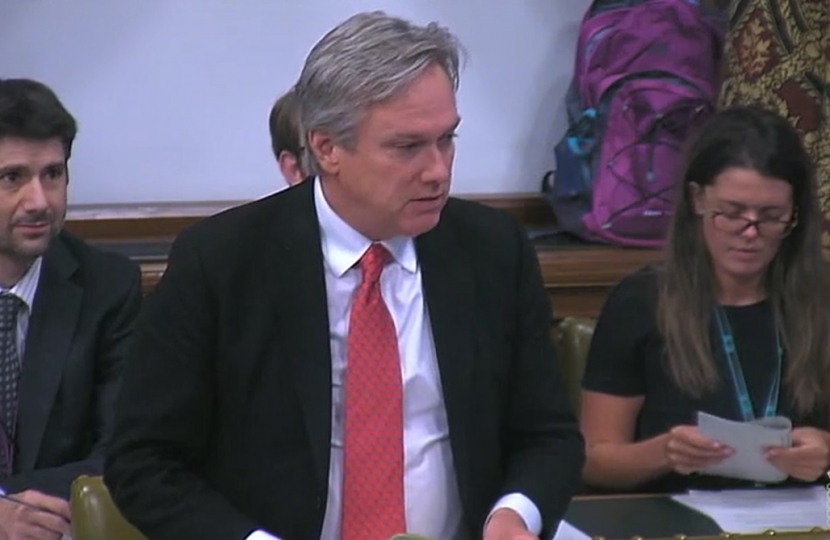 I have met Tilgate Parade’s shop owners who are concerned at proposals to hike up their rent costs.

This decision by Crawley Borough Council’s leadership is threatening the future viability of neighbourhood shops with 30 per cent rent increases. I have written to the Town Hall and am continuing to call on them to reconsider their decision.

With over 1,300 signatures for a residents’ petition we reiterate the need for the Borough Council to listen. It may be Tilgate Parade now, but likely other neighbourhood parades next.

It is clear that a common sense approach is needed on this issue. A proposal for a cross-party review of the Council’s shop rent policy, so the local parade can continue to thrive, should be looked at.

Our small business owners are an important part of the local community. They offer employment, provide goods, and pay their taxes which go to fund our public services.

They should be helped, not hindered, by Crawley Borough Council.

It is little over a month until the United Kingdom leaves the European Union – delivering Brexit is now not just about an independent, global future but respecting people’s votes – politicians should not get to decide which ones they honour.

The Surrender Bill is to cost the UK roughly £1 billion a month net in EU membership. This is money that should be spent on schools and hospitals, but Jeremy Corbyn wants to hand it over to a political bloc we are soon to leave.

Our country’s withdrawal from the European Union is more than Brexit on 31st October; it represents trust in our democratic system – ahead of the referendum the Government pledged that its result would be respected. I will continue to put the wellbeing of Crawley people and British interests first.

I am in Westminster today where there are other issues to be discussed as well. The Prime Minister’s school funding commitments are to see support for Crawley schools increased, as well as greater support for the NHS and police.

My thoughts are with those who have lost their jobs and those on holiday abroad who the UK Government will be flying home. The Government’s Rapid Response Service is in place to help former staff get back into work and I have spoken directly with the Employment Minister about specific support for affected Crawley residents.

I also note that Crawley-headquartered Virgin Atlantic which are currently recruiting are already calling on Thomas Cook employees to get in contact – further information can be found at: https://careersuk.virgin-atlantic.com and https://careers.virginholidays.co.uk

I have received assurances from the Transport Secretary that a cross-government Task Force is being established to address the impact on employees and local communities.

I note suggestions that the Government could have avoided the collapse of Thomas Cook with a bailout of up to £250 million for the company and its shareholders. This was unfortunately not the case, with no guarantee that such an injection of funds would have secured the future of the company, already £1.5 billion in debt. Thomas Cook had unfortunately struggled for a number of years, due to the changing travel market, web competition and the ill-advised 2007 merger with MyTravel (Airtours and Going Places).

Any Crawley residents who have booked with, or work for, Thomas Cook, should visit the dedicated Civil Aviation Authority website in the first instance: https://thomascook.caa.co.uk. The Government website also links to further information.

Blood Cancer Awareness Month: Every September it is important to raise awareness of the symptoms of blood cancer. If you have been waking up with night sweats, experienced bruising or bleeding, or are suffering from persistent or severe infections, you may not think that you actually have symptoms of cancer. These are, in fact, symptoms of blood cancer, of which there are over 100 different types.

As Crawley MP and Chair of the All-Party Parliamentary Group on Blood Cancer I know it is vital that new technologies are utilised to ensure the greatest support for patients.

Shortly after the new inquiry topic was announced, the Prime Minister declared the Government’s involvement in a new £200 million genome sequencing project.

One in 19 people will develop blood cancer at some point in their lives. By raising awareness of the symptoms, and working towards earlier diagnosis and improved treatment, we can ensure even greater patient outcomes in the decade ahead.

Leading debate on the NHS: This month I secured and led a parliamentary debate calling for the greater involvement of patients in the use of artificial intelligence (AI) in healthcare.

With NHS funding continuing to increase, it’s vital that some of this investment is used to keep patients updated on the use of AI in healthcare.

Over the summer I welcomed the Department of Health & Social Care confirming that £250 million will be invested in a new National Artificial Intelligence Lab. This will bring academics and specialists together to help identify the patients most at risk of conditions such as heart disease; allowing earlier, cheaper, and more focused support. In Crawley, 11,000 people were living with a heart and circulatory condition in 2017-18.

It is vital that we make the most of the potential of AI to support patients, in addition to ensuring enhanced GP provision and reduced waiting times.

For video and the text of my speech, please click here.

Big funding boost for Crawley: I have written to Crawley Borough Council to urge them to make full use of our town’s share of the Government’s £3.6 billion Stronger Towns Fund which could see our area get £25 million.

Ahead of the Government’s announcement, the independent House of Commons Library found that 17 Crawley schools stand to benefit from the Prime Minister’s pledge to uplift education funding.

The cash boost will mean £700 million extra for children with Special Educational Needs and Disabilities (SEND), so every pupil in Crawley can access the education that is right for them, and none are held back from reaching their potential – a point I questioned the Education Secretary over in the House of Commons. As a former Chair of the West Sussex Learning Disability Forum and current British Dyslexia Association Vice President this commitment is particularly welcome.

Support for the police: This month the Chancellor confirmed an extra £750 million to recruit 20,000 new police officers – ensuring the police has the resources it needs to tackle the rise in violent crime and keep the public safe.

Wear It Pink: Every year in the UK, around 55,000 women and around 350 men are given the devastating news that they have breast cancer. This is why I urge everyone in Crawley to take part in Breast Cancer Now’s Wear It Pink day on Friday 18th October.

The money raised by this wonderful event has such a huge impact, allowing Breast Cancer Now to fund vital research and support for those living with a diagnosis. I hope that everybody will Wear It Pink this October and support this very important cause.

Under the old system, trains are considered delayed if they are five or 10 minutes late. This will now change to measuring punctuality to a single minute of its scheduled arrival time.

This new measure will make it easier to identify trains that are not performing as they should for passengers.

Under this Government, the railways are undergoing the biggest modernisation since the Victorian times, with £48 billion being spent on new trains, track upgrades and making sure passengers have access to better and more reliable data.