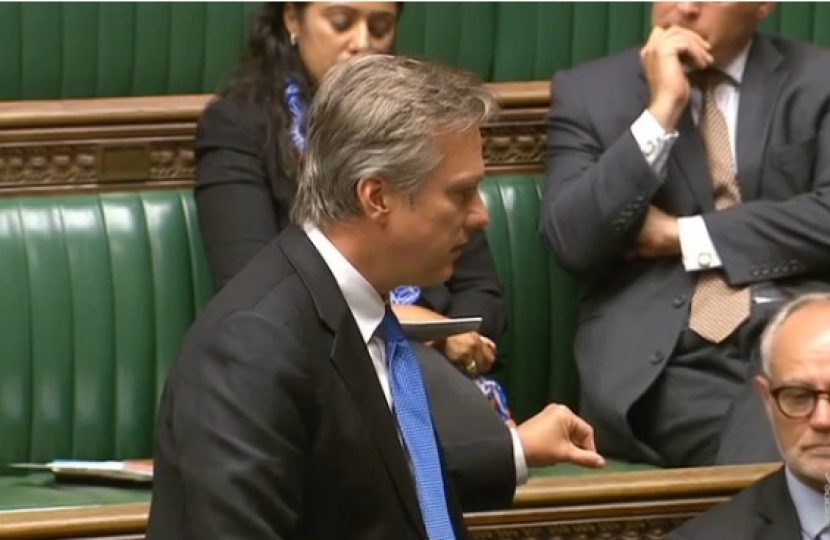 As readers of last week’s Crawley Observer will know, I recently led a debate in the House of Commons on the continuing underperformance of Southern and Thameslink rail services.

I was keen to raise the importance of accountability, particularly following the Government’s commitment of £20 million to improve the resilience of the network.

The Rail Minister stated that he will shortly be meeting with Govia Thameslink Railway and Network Rail, and I look forward to receiving updates on these works, such as the £1 million being spent on testing platform and dispatch staff infrastructure at Gatwick Airport and East Croydon stations.

A couple of days after the debate, the cross-party Parliamentary Group on Southern Rail met once again with the Rail Minister; one of the many points we put across was the importance of enhanced compensation measures – as some mitigation for customers at least.

While the Government’s cap on fares will save season ticket holders an average of £425 over the next few years, I continue to call for a fare freeze for Southern and Thameslink passengers in light of the ongoing disruption.

The Prime Minister, Theresa May, appointed a new Transport Secretary and Rail Minister upon taking office. Unsurprisingly, when the new Rail Minister came to Three Bridges Station – the first tour he undertook in his new role – his train was delayed by a quarter of an hour!

I am grateful to MPs who took the time to attend my debate last week. Conservative colleagues from Sussex, Surrey and south London as well as Green MP from Brighton, Caroline Lucas, were in the House of Commons. (No other parties were present.)

While it is welcome that around a third of GTR services removed in July as part of their reduced timetable have now returned, the reality is that passengers from Sussex are not seeing the benefits. I will be following up on this matter with the Rail Minister following his meetings with Network Rail and GTR.