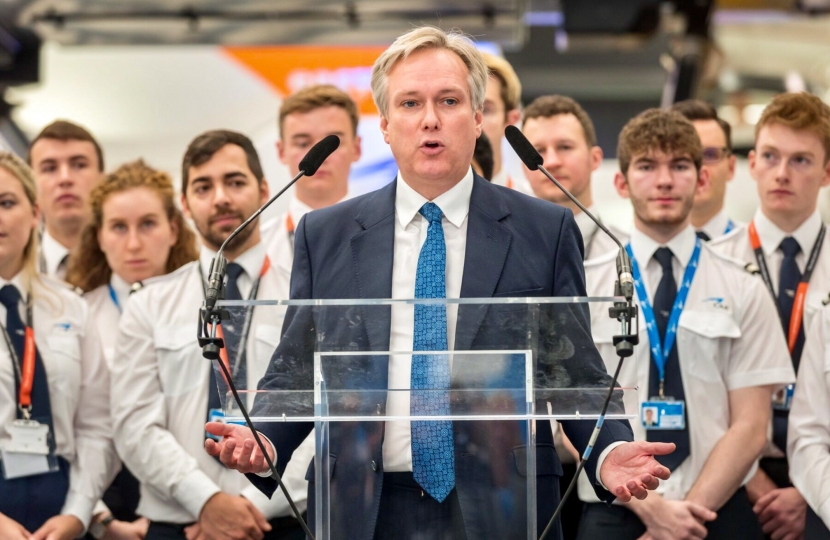 Away from the issue of Brexit which the people of Crawley and the UK voted for, there are many other issues also being debated in Parliament.

Last week I raised subjects including animal welfare and support for charities, as well as highlighting at Prime Minister’s Questions the importance of the new CAE flight simulator at Gatwick Airport as an example of investment in Global Britain.

At the same time, the Conservative Party Conference was taking place in Manchester. Following the Government’s introduction of the National Living Wage in 2016 for over 25s, I welcome the Chancellor’s announcement last week that this is to be increased and the age threshold slashed.

This is in stark contrast to those who would hike taxes which would hit the income of workers as well as funds for our public services.

Other announcements include a £20 million package to expand the National County Lines Co-ordination Centre. This will allow the British Transport Police to establish a dedicated team to tackle county lines drug dealing activity and provide more support to victims.

As Co-Chair of the All-Party Parliamentary Group for Animal Welfare I am always pleased to hear from Crawley residents who also want to see protections increased.

One area I have worked alongside the Conservative Animal Welfare Foundation on is the campaign to end the exporting of live animals for slaughter.

I welcome the Government’s announcement that it will be restricting live animal for slaughter journeys. It is vital that we provide such protections after leaving the EU and its single market.