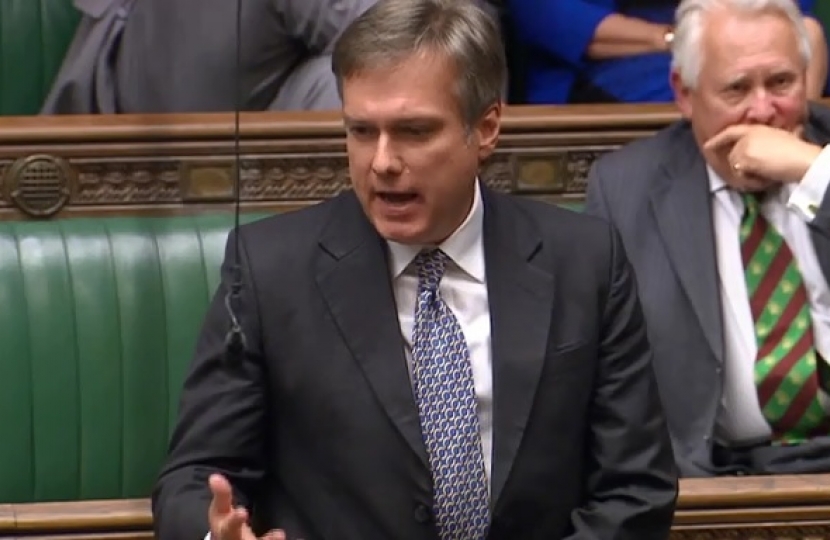 Crawley MP Henry Smith has condemned Govia Thameslink Railway (GTR), operator of Thameslink and Southern Railway services, in the House of Commons (on Monday, 4th June) for their treatment of passengers following network-wide timetable changes which came into effect on 20th May.

“While it’s right that the GTR franchise will be broken up in 2021, we need to see an improvement of services now or GTR will have to be removed sooner. As a regular London commuter myself from Three Bridges Station I’ve seen at first-hand how this must be a priority.

“I welcome the Transport Secretary’s recent confirmation that future timetable changes must be undertaken on a more measured and careful way.”

The Crawley MP’s comments marked the third time in recent weeks he has stood up for local rail users in the House of Commons.

His remarks followed recent interventions calling on the Department for Transport to work with the rail operator to resolve issues caused by the timetable changes even after the months of preparation which went into the new schedule (24th May) and urging the Transport Secretary to re-emphasise the salience of ensuring the efficiency of rail replacement bus services (16th May).

Henry Smith, Member of Parliament for Crawley, asked the Secretary of State for Transport;

“What my constituent commuters and, indeed, I—as a passenger—want to know is, why does Govia Thameslink have such a lack of planning and future foresight? There are to be major engineering works on the London to Brighton main line in October this year and February next year. What assurances can I have for my constituents travelling from Three Bridges, Crawley, Ifield and Gatwick Airport stations that proper planning will be in place to ensure that those engineering works, which are welcome, do not cause undue disruption?”

“I will ensure that the Rail Minister sits down with my hon. Friend and has a conversation with all those involved to make sure that those works are not an issue. As he knows, there has been necessary investment to sort out problems on the Brighton main line, but we cannot have the works causing inappropriate levels of disruption. There will inevitably be some disruption, because engineering works cannot be done without it, but we have to ensure that they are done in the right way.”

“The closures have been carefully planned for school half-terms, when passenger numbers are lower and some people may be able to be more flexible with their travel plans or take holiday. Passengers wishing to travel on these dates will need to allow considerably more time for their journeys and should expect to use either diverted trains via longer routes or a replacement bus or coach to connect with rail services.”