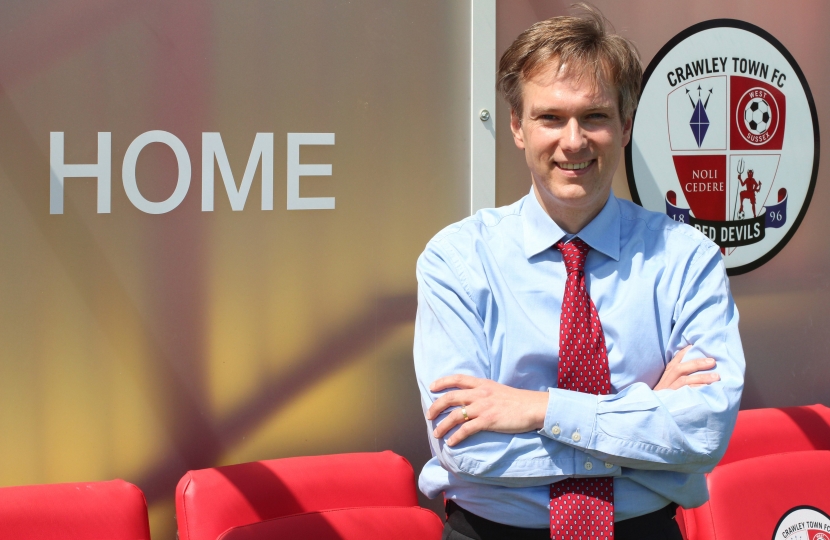 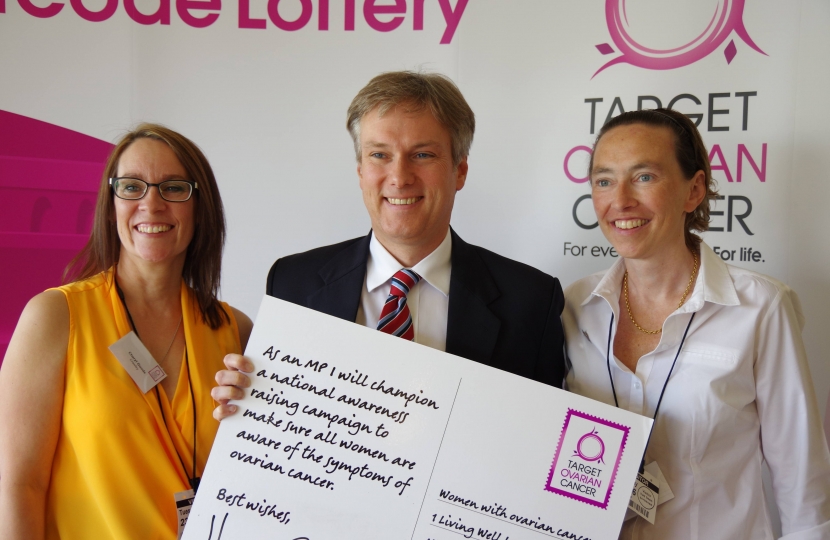 One of the joys of being Member of Parliament for Crawley is having the opportunity to work with organisations delivering projects benefiting our young people.

It was confirmed earlier this year that the National Citizen Service programme will be organised locally by the Crawley Town FC Community Foundation.

National Citizen Service, launched by the Prime Minister in 2010, is aimed at 16 and 17 year olds, with the goal of helping young people become more confident and engaged in their local area. The programme has helped them to donate over 3 million hours of volunteering to their local communities across Britain.

I’m looking forward to going to the Foundation’s NCS open activity day at the Checkatrade.com Stadium, on the Ball Court behind the Bruce Winfield Stand.

This starts at 1.30pm on Saturday, 29th August, before Crawley Town’s League 2 match against Wycombe Wanderers at 3pm.

All 16 and 17 year olds are welcome to find out more about the scheme, and to take part in small team-building activities. The first 30 people who complete an NCS expression of interest form will also receive a free ticket for the Wycombe game.

NCS is recognised by UCAS when students apply for further education, and supports schools to achieve an outstanding OFSTED achievement standard.

The Foundation’s autumn NCS activity will consist of a short residential course, followed a variety of activities locally.

I am pleased to be supporting another project from the Crawley Town FC Community Foundation. In November, I joined the Crawley Town Supporters Alliance and Reds legend Sergio Torres in seeing for myself the Kicks project in Bewbush.

That evening, the CTSA presented a cheque on behalf of Reds supporters worth £1,000 to the Foundation, to help with the running of their community activities in the local area – a great example of what can be achieved when a football club and its fans work together.

Last year, I also spoke in the House of Commons in support of Crawley Capers – a project organised by the Foundation and Autism Sussex, who won a phone vote to be awarded £50,000 of funding from the People’s Millions.

For further information on the NCS scheme or its launch on 29th August, please contact Claire Burrage-Edwards, National Citizen Service Programme Co-ordinator at the Community Foundation, via email: claireburrage@crawleytownfc.com, by phone: 01293 410000, or by speaking to us before the match on Saturday!

Looking ahead: Welcomed the first of 115 new Thameslink trains arriving for testing at the new rail depot in Three Bridges. These will start carrying passengers next year, and will mean additional seating capacity during rush hour – welcome news for Crawley commuters.

Trudi Bubb: Delighted to meet with Trudi, a local businesswoman who is sailing halfway round the globe in the Clipper Round the World Yacht Race, to raise money for the Golden Lion Children’s Trust. If you would like to make a donation to the Trust, please visit: www.justgiving.com/Trudi-Bubb

Work in Parliament: Wrote about my role as Vice Chair of the Chagos All-Party Parliamentary Group (APPG). I am proud that Crawley has the largest Chagos island community in the world. Also gave an update on my work as the Co-Chairman of the APPG for Animal Welfare, and Parliamentary Private Secretary to the Communities Secretary.

Summer Budget: An increase in the Employment Allowance to £3,000 from April will ensure companies can hire four full-time members of staff on the new National Living Wage and pay no National Insurance at all.

Flag Exchange: Wrote about my role in the exchange of a Union Flag from the Palace of Westminster, and the Stars & Stripes flown above the US Capitol.

British Heart Foundation: Pleased to meet with BHF scientists and heart patients to hear how their research is saving and improving lives.

Climate Coalition: Met with Crawley residents in Parliament, who told me about their concerns regarding climate change.

Future of the BBC: Encouraging people to have their say on the future of the Corporation as part of the Government’s review of the BBC’s charter.

Chagos consultation: Urging people in Crawley to have a say in the Foreign & Commonwealth Office’s consultation on the right of return to the Chagos Islands. The consultation is open until 27th October 2015, and people are able to respond in the following ways:

If I am able to assist, please do not hesitate to get in contact, either by writing to me at the House of Commons, London, SW1A 0AA, calling my office on 01293 934554, or via email directly at: henry.smith.mp@parliament.uk