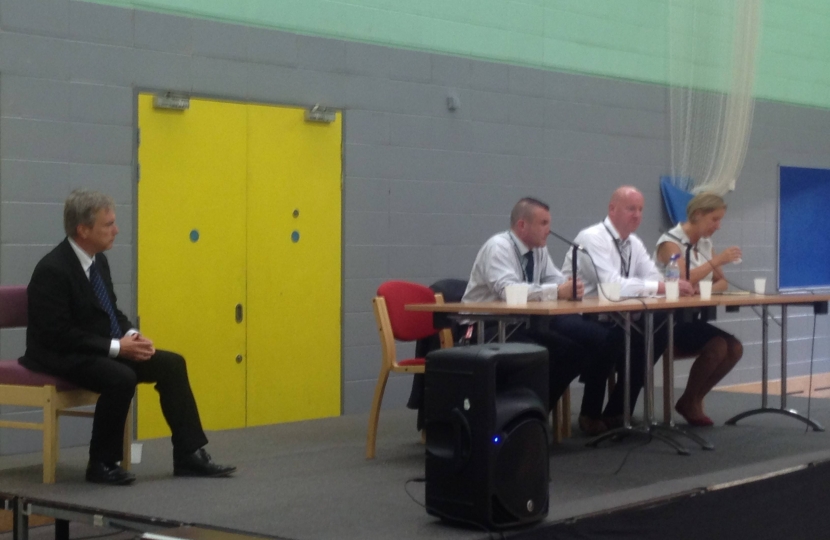 Supporting our athletes at Rio 2016

Team GB can be proud; to finish second in the medal table behind only the United States, and to improve on our performance at London 2012, is a remarkable achievement.

It’s been great to see athletes from Sussex compete at the Rio Olympics, and I’m looking forward to cheering on Crawley shooter Ben Jesson when the Paralympics begin on 7th September.

My thanks to local residents who attended a meeting with representatives from GTR, the operator of Southern, Thameslink and Gatwick Express about sub-standard services in recent times.

I continue to make representations with GTR and have done so again since the meeting on 25th August. I have secured a House of Commons debate entitled ‘Govia Thameslink Rail Service’, which will be taking place on 12th September.

During the parliamentary recess I’ve been in touch with other MPs from around the region; we’re looking forward to not only raising issues surrounding GTR and the unions, but to continue to press the Government and hold Ministers to account.

Helping every child succeed: Raised with the Education Secretary the importance of ensuring that every child reaches, at the very least, the expected levels of speech and language skills at age five.

Commemorating the Battle of the Somme: We must never forget the sacrifices made by those a century ago, giving their lives for our country and way of life. The Battle of the Boar’s Head, where 366 soldiers from our county perished on 30th June 1916, became known as ‘The Day Sussex Died’.

All-Party Parliamentary Group on Blood Cancer: Pushing forward with work behind the scenes on this Group, which I am honoured to chair, ahead of an event in Parliament next month.

Govia Thameslink Railway: Please do not hesitate to send me your views on their management of the Southern, Thameslink and Gatwick Express services.

I Am Team GB: Supported I Am Team GB Day on Saturday, 27th August, encouraging people to take part in a sporting event. Sessions in Crawley included the Tilgate Parkrun, Crawley Wheelers Cycling Club, and the Olympic Open Day at K2.

Central Sussex College IT Academy: A privilege to speak at the opening of this centre boasting state of the art facilities for local students. I would encourage young people in Crawley to consider STEM subjects for their future careers. Nationally, entries to STEM subjects by students aged 16 have increased by 6.4% compared to 2015. The Government is committed to making Britain the best place in the world to study STEM subjects – this will help boost the UK economy in the long term.

Rail services: Further rail union strikes have been causing more disruption to local passengers. I’m the first to condemn Southern, but the union have a responsibility to Crawley commuters as well.

While the House of Commons returns from its recess on 5th September, I am on hand to assist all year round.

Please do not hesitate to let me know if I may be able to help; either by contacting me at the House of Commons, London, SW1A 0AA, calling my office on 01293 934554, or via email directly at: henry.smith.mp@parliament.uk